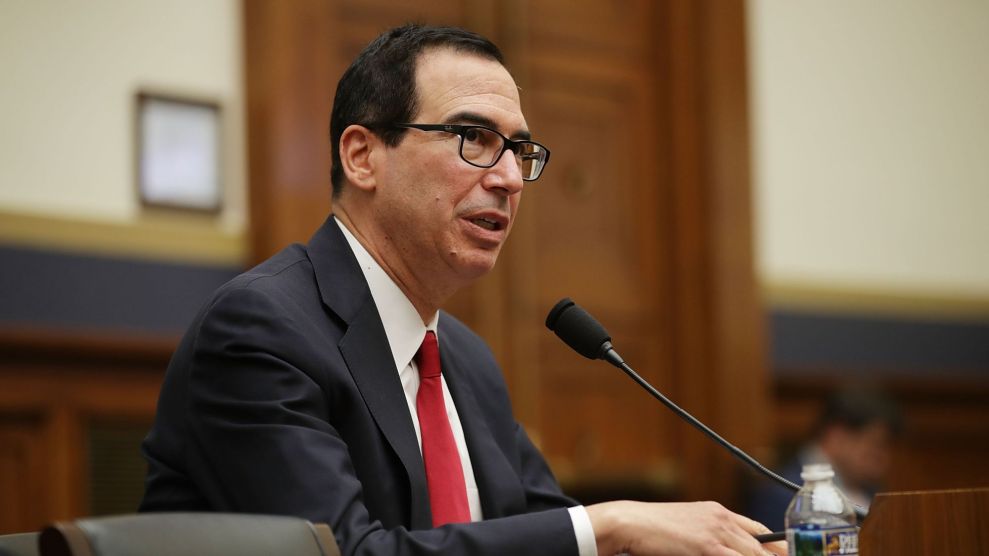 Just days after the stock market had one of its worst weeks since the 2008 financial crisis, Treasury Secretary Steven Mnuchin released a letter stating that he had spoken to CEOs at the nation’s six largest banks and confirmed they had “ample liquidity” to lend to consumers, business markets, and “all other market operations.” The letter, posted on Twitter on Sunday afternoon, appears to be an attempt at reassuring investors in the midst of a government shutdown and rumors of President Donald Trump’s plans to fire Jerome Powell, the chair of the Federal Reserve, according to CNN.

Mnuchin wrote that he would be speaking to officials at several government agencies, such as the Securities and Exchange Commission and the Federal Reserve, to “discuss coordination efforts to assure normal market operations.”

“We continue to see strong economic growth in the US economy with robust activity from consumers and business,” Mnuchin said in the statement. “With the government shutdown, Treasury will have critical employees to maintain its core operations at Fiscal Services, IRS, and other critical functions within the department.”

Mnuchin has ample reason for concern. As my colleague Hannah Levintova has reported, stocks tumbled over the past several days, marking one of the worst weeks in the stock market since the 2008 recession:

On Thursday, more than 3,000 stocks listed on the New York Stock Exchange hit their lowest values in a year—the most in a single day since October 2008, when the stock market crashed, ushering in the financial crisis. On Friday, the Nasdaq sank to a 15-month low, the S&P 500 to its lowest level since August 2017, and the Dow to its lowest since October 2017. By the end of the week, stocks had lost about $2.05 trillion in value.

As Trump appears increasingly vulnerable amid multiple investigations into his political and business deals, as well as new power in the hands of the Democrats, a shaky economy only adds insult to injury. A healthy economy has been one of Trump’s favorite talking points for the past two years, but with increasing fears of a recession on the horizon, the president may have to find something else to talk about.