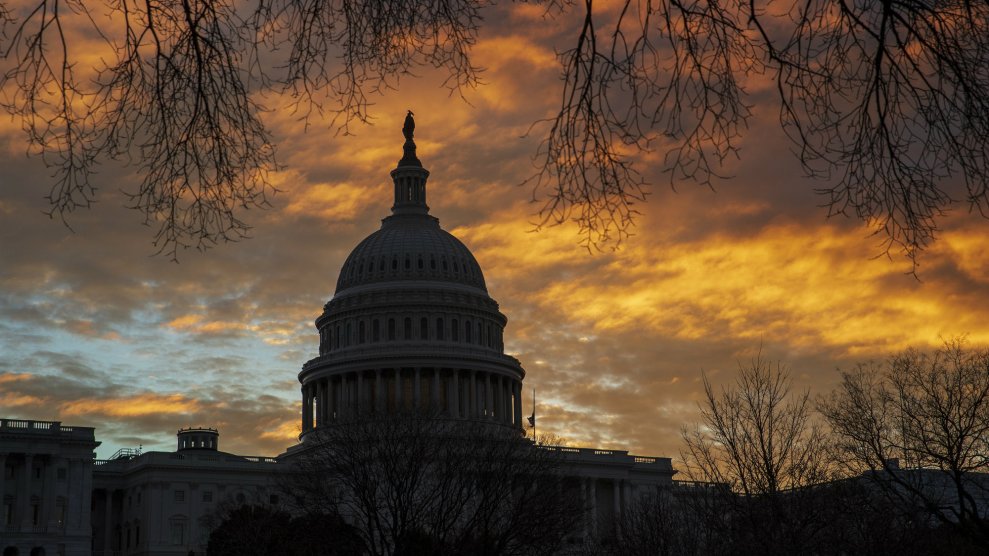 At a Christmas Day press conference, President Donald Trump told reporters that federal workers had signaled to him that they were happy to be furloughed or working without pay. But as the partial government shutdown enters its fifth day, federal workers, contractors, and others who face an indefinite period without a paycheck have taken to Twitter using the hashtag #ShutdownStories to share how it’s affecting their lives.

After Trump insisted that a bill to fund the government include money for a border wall with Mexico, the government entered a partial shutdown on Friday at midnight, after the Senate failed to reach an agreement to keep the government open. More than 380,000 federal workers have been furloughed, while more than 420,000 are deemed “essential” and working without pay. The partial shutdown affects a number of agencies, including the Department of Justice and the Department of Homeland Security. Low-wage federal contractors who work as janitors, security guards, and cafeteria servers will also be forced to take leave—and will not receive back pay even if Congress signs legislation authorizing it.

One woman described how her husband may have to go without pay in the new year, even though he is a member of the military.

My husband is active duty Coast Guard. Everyone thinks the military is getting paid during the shutdown, but the Coast Guard is facing no pay on the 1st due to being DHS and not DoD. We live in NYC, pay over $2K/month in rent, have a toddler and one on the way.#ShutdownStories

In the wee hours of Christmas morning, a man tweeted that with the training for his new government job canceled by the shutdown, he has been left in a desperate situation.

Parents also took to Twitter to describe how the shutdown was affecting their children.

I am a single mother of 3 with no help. Not knowing if I can pay rent or feed my family next week is hard and all that’s on my mind this day of Christmas when I should be happy. My kids feel my anxiety too 😔 #ShutdownStories

When Rep. Scott Perry (R-Pa.) was asked about retroactive pay for workers, he replied, “Who’s living that they’re not going to make it to the next paycheck?” But for many workers, a recurring theme was fear about paying rent or mortgages.

My husband is a Park Ranger in the Great Smoky Mountains National Park, and he had to sign his furlough papers. We have a 4 yr old and a 4 month old, and we don't know when his next check will come. Mortgage is due, Christmas 2 days away. #ShutdownStories

The shutdown took place during the busy holiday travel season, and a man spoke to a Transportation Security Administration employee who was working for free on Christmas Day.

Flying home on #Christmas I was speaking to TSA agent who noted he’s working for free today—on Christmas. Moreover, he doesn’t expect to receive next paycheck until after the first of the year.

Wishing a very Merry Christmas to those affected by the shutdown. #ShutdownStories

The White House, meanwhile, has indicated that the shutdown may last into the new year. “It’s very possible that this shutdown will go beyond the 28th and into the new Congress,” acting chief of staff Mick Mulvaney said Sunday. The reason? Trump refuses to back down until he gets funding for the wall. “I can’t tell you when the government is going to reopen,” he said on Christmas Day. “I can tell you it’s not going to be open until we have a wall, a fence, whatever they’d like to call it.”