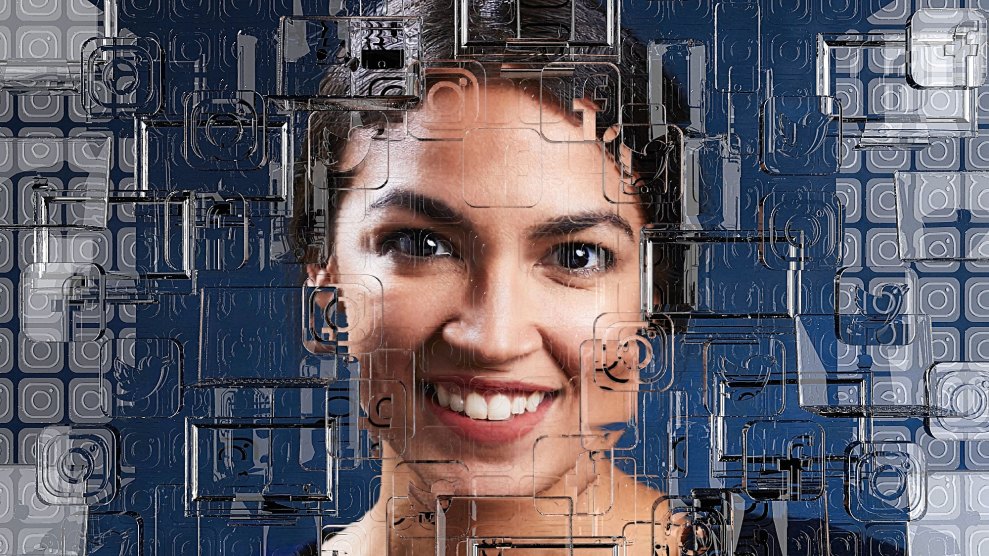 On her first morning in Washington, DC, Alexandria Ocasio-Cortez, the 29-year-old democratic socialist from the Bronx, was doing a much needed load of whites. “The thing that most people don’t tell you about running for Congress,” she told me, looking mock-furtively over her shoulder to indicate the secretive, insider nature of what she was about to say, “is that your clothes are stinky all the time.”

With that, Ocasio-Cortez, who knocked off then-House Democratic Caucus Chairman Joe Crowley in last June’s primary and was elected without much difficulty in November, shut the washing-machine door, pushed her quarters into the slot, and bid me farewell. In a few hours, she’d leave for her first day of orientation for members of the 116th Congress, a three-week crash course in civics (and the usual HR paperwork) she called “Congress camp.”

I didn’t say goodbye, because I wasn’t there; I just follow Ocasio-Cortez on Instagram. Since her stunning upset last summer, she has been a proudly disruptive force in Democratic politics. Before she’d even taken her seat, she joined climate activists in a protest inside Rep. Nancy Pelosi’s office and made noises about backing primary challenges against some of her new Democratic colleagues.

But how she’s doing this is almost as radical—in 15-second snippets and livestreamed confessionals, all crafted for an audience that couldn’t care less about Meet the Press. On her Instagram feed, Ocasio-Cortez pulls back the curtain on Washington in ways big and small, fielding questions while prepping mac and cheese in her Instant Pot or pausing in a quiet moment to explain why she joined that protest in the speaker-to-be’s office.

And she’s not alone. Democratic campaigns across the country used this sort of all-access politics throughout the 2018 campaign to cultivate local and national followings, build out their fundraising bases, and circumvent traditional media. As candidates get ready for the long road to 2020, Ocasio-Cortez (and her 2 million Instagram followers) may be a harbinger of things to come.

As “Congress camp” proceeded apace, Ocasio-Cortez sneaked viewers into her new world (“Welcome to Hogwarts”), bringing them on a tour of the Capitol after hours, taking them to early votes on the Democratic leadership, and introducing them to her new friends and co-stars: Reps. Ilhan Omar of Minnesota, Rashida Tlaib of Michigan, and Ayanna Pressley of Massachusetts. When, in the third week of Congress camp, the freshmen decamped to Cambridge for a series of informational seminars at Harvard’s Kennedy School, it was Ocasio-Cortez and Tlaib who complained that the lineup of speakers was culled almost exclusively from corpor­ate executives and lobbyists. This is Schoolhouse Rock for the swamp.

“It’s an extension of this trend we’ve been seeing for a while in the way that politicians communicate, where it’s becoming more and more personal,” says Shannon McGregor, a professor of political communication at the Univers­ity of Utah. “It has been going that way even before social media took over politics, but this trend of sharing more and more of your personal life has been exacerbated by social media. You sort of expect it on there.”Ocasio-Cortez is upfront about why she does what she does. The point of pulling back the curtain—of being so #relatable—is that she wants to chip away at the idea that Congress is a rare­fied club accessible to a qualified few. It’s an often unglamorous place, full of decidedly mortal people, at least some of whom have backgrounds comparable to her own. The success of her political project depends on whether the kinds of young people who support her get and stay involved and ultimately run for elected office themselves. “I keep things raw and honest here with you all since I believe public servants do a disservice to our communities by pretending to be perfect,” she explained in one December post. “It makes things harder for others who aspire to run someday if they think they have to be superhuman before they try.” Demystifying politics—and in the process, keeping her supporters engaged—is central to her theory of change.

“The 2020 Dem primary,” one Twitter user quipped, “is gonna be like a season of Top Chef America.”

No one deployed chronic oversharing as deftly during the run-up to the 2018 election as former Texas Rep. Beto O’Rourke, who logged hundreds of hours of raw, uncut Facebook Live videos during his bid to unseat Sen. Ted Cruz. The gimmick, born out of the congressman’s live­streamed, 36-hour road trip to Washington with Republican Rep. Will Hurd a few weeks before he announced his candidacy, took on an almost totemic quality for the campaign, with a cast of recurring characters. Viewers grew familiar with his road manager (sitting shotgun) and spokesman (in the back seat). Sometimes they were joined by special guests—O’Rourke’s wife and kids, the brothers Julián and Joaquín Castro, Rep. Joe Kennedy III. They turned long drives between events into call-in talk shows, taking requests for happy birthday wishes, putting out calls for more volunteers, and asking viewers to guess how much it would cost to fill the tank when they stopped for gas—and then asking them to contribute that amount to the campaign to make up for it. The feed was integrated into everything else the campaign did, from fundraising and volunteer recruitment to advertising.

The show went on after the election, as O’Rourke mulled his second act. In November, he streamed his meal prep on Facebook, whipping up a chicken with lemon sauce with his wife, Amy, at their El Paso home. Suddenly, everyone in Democratic politics seemed to be livestreaming from their kitchens. A few weeks after O’Rourke’s and Ocasio-Cortez’s cooking classes, Ohio Sen. Sherrod Brown, a 2020 dark horse, pulled up a chair at his Cleveland kitchen and answered policy questions, a gingerbread house in the background. And hours after she announced her presidential candidacy in December, Massachusetts Sen. Elizabeth Warren turned on her smartphone, cracked open a Michelob Ultra, and welcomed supporters into her home. “The 2020 Dem primary,” one Twitter user quipped, “is gonna be like a season of Top Chef America.”

In one sense, this was all a sideshow, but in another, the medium was the essence of the message—it was a ubi­quitous presence in a candidacy that was all about being ubiquitous. Footage from the live feed formed the raw material for O’Rourke’s first ad, which focused on how many places he’d been. And people watched. Twelve thousand viewers tuned in to see O’Rourke get a haircut in 2017; about 283,000 tuned in to see him drop by Whataburger after his first debate with Cruz last September, and they were rewarded with an air-drum performance of the Who’s “Baba O’Riley.” It wasn’t just fluff, either. He brought supporters with him as he walked along a ranchito abutting the Rio Grande and when he listened to the testimonies of asylum­-seekers. It was like a God’s-eye view of a campaign; usually only donors get that kind of access.

But livestreaming is only cool if the candidate doing it is too. Otherwise, you’re just following in the footsteps of Rand Paul. In 2015, bottoming out in the polls in the Republican presidential primary, the Kentucky senator livestreamed a full day on the campaign trail as he bounced around Iowa. The feed was choppy and the purported star wanted nothing to do with it. At one point a viewer asked if he was really still running for president. “I wouldn’t be doing this dumbass livestreaming if I weren’t,” Paul said.

Vermont Sen. Bernie Sanders, hardly anyone’s idea of a digital native, has thus far resisted the call of Le Creuset, but he’s built his own brand of live­streamed events on Facebook and other platforms as a way to circumvent the corporate media he’s long disdained. Last March, nearly 2.5 million people tuned in to watch Sanders co-host a town hall on economic inequality.

Revealing your Whataburger order isn’t the same as disclosing your tax returns.

Those politicians who have thrived on Facebook and Instagram have done so because there was something deeper underpinning their use of these mediums that made them actually useful, whether it was the generational urgency of Ocasio-Cortez or the populist rage of West Virginia state Sen. Richard Ojeda, who broadcast nightly, hourlong Facebook Live Q&As during the state’s 2017 teachers’ strike. But there is a kind of transparency pervasive in politics that is not transparency at all, that gives you just enough intimacy to lose sight of what you’re looking at. Revealing your Whataburger order isn’t the same as disclosing your tax returns, and one need look no further than the current occupant of the Oval Office to know that constantly talking (and tweeting) without a filter isn’t the same as candor—sometimes it’s just the opposite.

Even the most prolific livestreamers have their limits. When Congress camp was over, Ocasio-Cortez announced to her followers that she was driving to upstate New York to unplug for “a week of self-care.” She’d packed some Epsom salt, lavender oil, and a copy of Doris Kearns Goodwin’s new book on leadership. Around the same time, O’Rourke, still agonizing over whether to run for president, told a Dallas Morning News reporter that he wanted to head into the New Mexico wilderness to weigh his options. The future might be all­-access politics, but there are still some things that must be done offstage.

But two days after Christmas, Ocasio­-Cortez was back, phone on, Instant Pot on the counter, ready to spill some more secrets. The work goes on, the cause endures, the hope still lives, and the stream shall never die.