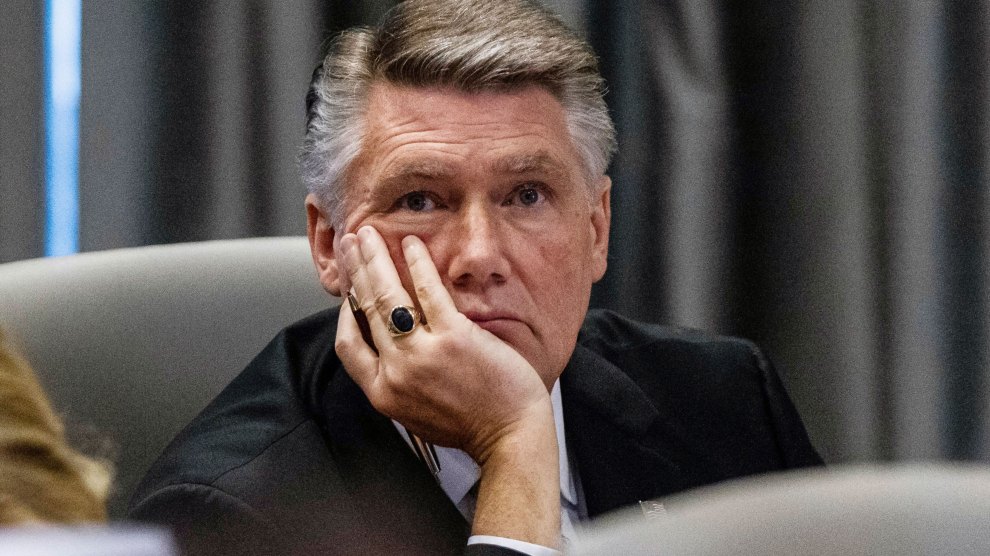 Mark Harris, the Republican nominee last November to represent North Carolina’s 9th District—a race in which the results were never certified due to concerns of voter fraud—has announced he will not run in a new election for the seat, citing poor health. Instead, he has publicly endorsed little-known Union County Commissioner Stony Rushing, who has made some controversial remarks about Confederate symbols in the past.

During the election fraud probe, Rushing publicly supported Harris, calling the North Carolina Election Board’s investigation a “political coup” in a Facebook post and claiming, via meme, that Democratic candidate Dan McCready threw “ALL of Our Ballots In The Trash!”

After Harris led the race in NC-09 by 905 votes out of more than 280,000 cast, the state election board refused to certify the results in the wake of allegations that one of Harris’ political consultants tampered with absentee ballots in Bladen County. Last week, the board voted unanimously to throw out the November results and hold a new contest for the open seat.

On his way out, @MarkHarrisNC9 endorsed Union County commissioner @StonyRushing.

Rushing suggested on Facebook that the #NC09 investigation was "a political coup by the State Board and the Democrat leaders on that board."

The board's Republicans voted for a new election. #ncpol pic.twitter.com/BDbcdHIik0

Rushing is a political unknown; his position as Union County commissioner is the highest-ranking office he has held. But he made news locally in 2015 when he defended Confederate symbols barely a week after nine congregants were murdered in their church by a 21-year-old white supremacist.

According to the Charlotte Observer, small Confederate flags appeared at the base of a monument at the Old County Courthouse as outrage over Confederate symbolism in the South mounted once more in the days after the shooting; the flags were soon removed by county officials. Rushing, who was vice commissioner at the time, is quoted in the story proposing that the county make the courthouse into a museum in order to allow the Confederate flag to fly there.

“I don’t have a problem with the flag or our history,” he told the paper.

He also criticized the debate surrounding Confederate symbols as a distraction from the way the city of Charleston came together in the wake of the massacre.

Rushing, who owns a firing range on the North Carolina border, is a proud member of the National Rifle Association and a “Top Ten Recruit of 2009 & 2010,” according to a newsletter from the range, which was regularly sent out between 2011 and November 2018 to promote his business, Take Aim Training.

This is the guy Mark Harris just endorsed to be the Republican nominee in North Carolina's 9th district pic.twitter.com/qc9bw8aRGt

In 2012, the newsletter joked about the death of a black man in Florida named Rudy Eugene, who was killed by a police officer while high on bath salts and was dubbed “the Miami zombie” in certain corners of the internet. Photoshopped images of Al Sharpton and Barack Obama as zombies appear in the newsletter above a fake quote that echoes Obama’s famous statement that if he had a son, that child would look like Trayvon Martin: “If I had a flesh eating zombie son he would look like Rudy.”