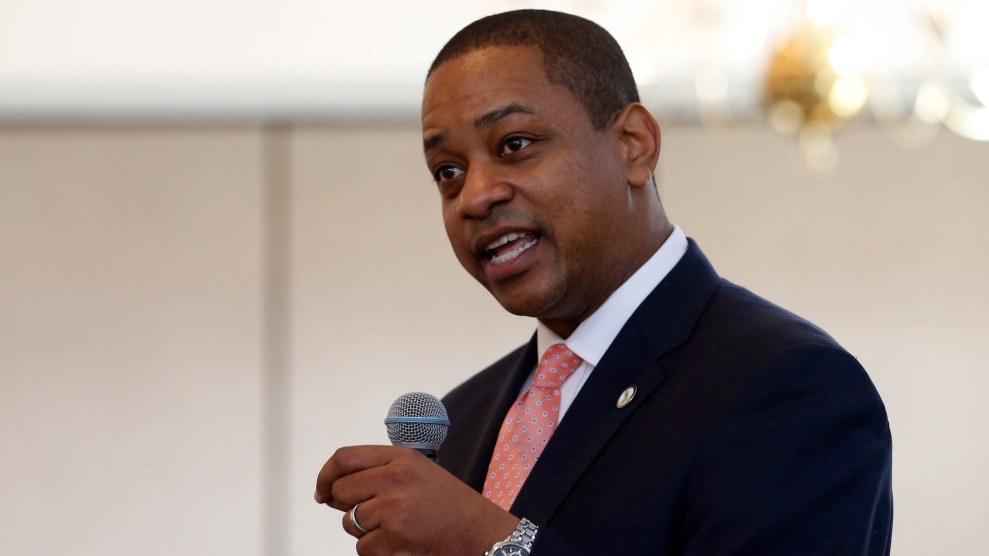 Virginia Lt. Gov. Justin Fairfax gestures during remarks before a meeting of the Campaign to reduce evictions at a church meeting room in Richmond, Va., Tuesday, Sept. 25, 2018. Steve Helber/AP

There’s no small irony in the fact that Justin Fairfax could become the second black governor of Virginia thanks to an old racist photo in a yearbook. Currently Virginia’s lieutenant governor, Fairfax could replace Gov. Ralph Northam if he is forced to resign after a photo from his 1984 medical school yearbook page surfaced showing two men, one in a Ku Klux Klan robe and the other in blackface. Northam apologized for appearing in the photo, and virtually all his Democratic allies in Virginia have called on him to resign, a move that would elevate Fairfax to the governorship.

When Fairfax was sworn in as Virginia’s lieutenant governor in January last year, he became the second African American ever elected to statewide office. The first and last before him was Douglas Wilder, who finished his term as governor 25 years ago. At his swearing-in ceremony, Fairfax carried in his pocket a copy of the manumission document of his great-great-great-grandfather Simon Fairfax, who was freed from slavery in 1798 by the 9th Lord Fairfax of Cameron. Since then, he has made headlines for sitting in protest as state Republicans have offered tributes at the capitol in Richmond to Robert E. Lee and other Confederates.

If Northam resigns, Fairfax, 39, will likely have to quit his job as a partner at the white-collar defense firm Morrison Foerster, where he has continued to work as a litigator while serving as lieutenant governor, which is a part-time job. Before going into politics, Fairfax had an impressive legal career. After graduating from Duke University and Columbia law school, he clerked for a federal district court judge in Alexandria, Virginia, and went on to become an assistant US Attorney in the Eastern District of Virginia. There, he prosecuted major crimes and served on a human trafficking task force.

Fairfax could make history in other ways if he steps in to replace Northam. Virginia governors serve only a single term of four years. But Fairfax could end up serving for seven. As an appointed governor, he would fill the three years remaining in Northam’s term and then would still be eligible run again in 2021 as an incumbent.

But the governor’s job was still in limbo as of Saturday morning, when many in the state expected Northam to announce he was resigning. He backed away from his earlier apology for the yearbook photo and was reportedly telling state Democrats that he was not one of the men in the photo.

The governor has also been calling his former med school classmates to jog their memories. He does NOT think he is the man in Klan hood or blackface and doesn’t want to resign before trying to determine who is in that photo.