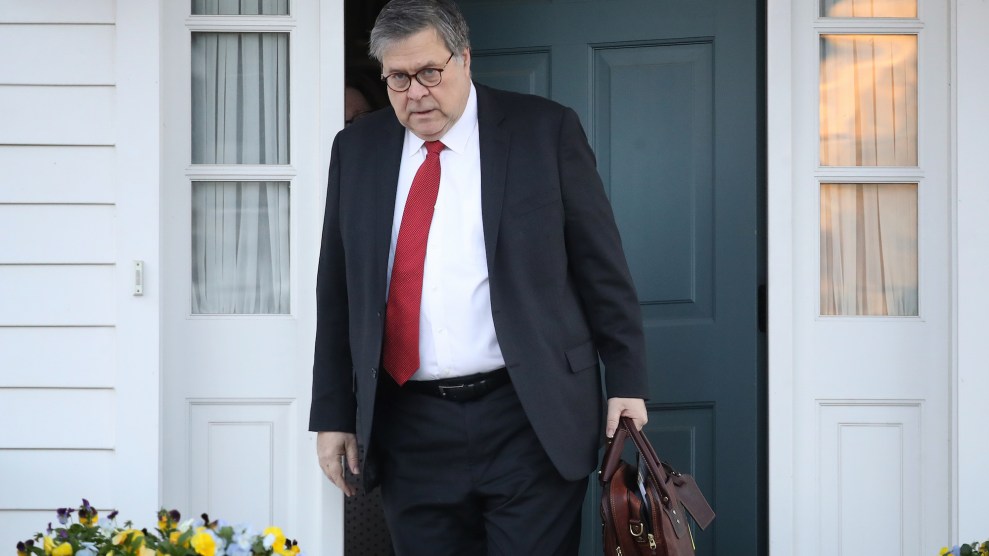 Attorney General William Barr said in a letter Friday that he expects to release a redacted version of Special Counsel Robert Mueller’s report “by mid-April, if not sooner.”

Last Sunday, after Mueller completed his investigation, Barr released a four-page letter that said the probe “did not establish that members of the Trump Campaign conspired or coordinated with the Russian government in its election interference activities.” The letter said Mueller had chosen not to reach a determination about whether Trump had obstructed justice, but Barr concluded that Mueller’s evidence “was not sufficient to establish that the President committed an obstruction of justice offense.”

Barr’s Sunday letter, though it said little else about Mueller’s findings, set off an aggressive media offensive by Trump and his allies, who claimed the letter cleared Trump and his campaign of improper contacts with Russia. Democrats have demanded that Barr release Mueller’s full report by Saturday, April 2, and that he also begin sharing with Congress evidence that Mueller gathered during his investigation.

Barr’s Friday letter includes substantial conditions that may limit the fulsomeness of the report he releases. He noted that the Justice Department is in the process of redacting four kinds of information: material, such as grand jury testimony, that criminal procedure rules prevent from being made public without a court order; information the intelligence community says could compromise “sources and methods”; material that could affect ongoing investigations, including some that Mueller referred to other Justice Department offices; and information that might “infringe on the personal privacy and reputational interests of peripheral third parties.”

Barr did not elaborate on how broadly he would apply his pledge not to make public information related to third parties. In theory, such a restriction could result in extensive redactions.

Barr also said in his Friday letter that Trump would have the right to assert executive privilege to block the release of parts of the report, but he added that Trump has stated he intends to defer to Barr on the matter. “Accordingly, there are no plans to submit the report to the White House for a privilege review,” Barr wrote.

The attorney general also objected to widespread descriptions of his Sunday letter as “summary” of the Mueller report. Noting that the Mueller report, as the New York Times revealed, is nearly 400 pages long, Barr insisted that he did not try to summarize it. His letter was simply a summary of Mueller’s “‘principal conclusions’—that is, its bottom line,” Barr wrote.

“Everyone will soon be able to read it on their own,” he added.