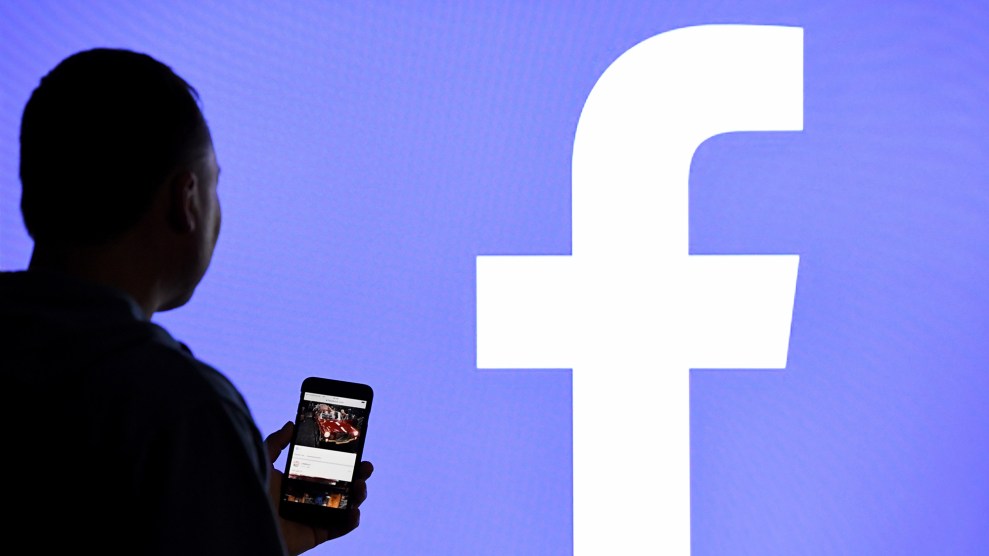 Facebook has reached settlements in three civil rights cases and two complaints before the Equal Employment Opportunity Commission over ad discrimination on its platform. As part of the settlements, Facebook has promised to make significant changes to its ad tools to curb the ability of advertisers to target users based on their race, gender, age, disability, and other protected characteristics.

Facebook has become a peerless source of demographic data for advertisers. The information it gathers on its users allows advertisers to target ads for their products and services to an unprecedented level of precision. If you want to sell baseball gear in Washington, DC, for example, you can target middle-aged mothers with children who live in a wealthy ZIP code. But for years, civil rights groups have been warning Facebook—first in conversations, then in a series of lawsuits—that this hyper-targeting can run afoul of civil rights laws.

On Tuesday, Facebook announced settlements with the National Fair Housing Alliance, the Communications Workers of America, regional fair housing organizations, and individual consumers and job seekers, represented by the ACLU and two civil rights firms across five different cases over ad discrimination on the platform. Without admitting wrongdoing, Facebook agreed to major changes to its targeting tools for ads in industries protected by federal civil rights laws: housing, employment, and credit.

While it’s legal to market baseball caps to men, for example, federal civil rights laws prohibit targeting ads for housing, employment, and loans based on protected characteristics like race, gender, age, and disability. On October 31, 2016, ProPublica published a bombshell investigation showing that advertisers could target ads in protected industries by race. A job ad might be shown just to white men, for example. The following month, the first civil rights lawsuit against Facebook was filed in California, a class-action suit on behalf of the millions of people of color who were missing out on opportunities for housing, jobs, and credit due to Facebook’s ad tools.

In February 2017, Facebook announced that it had removed the ability to target groups in these three protected areas. But a subsequent ProPublica investigation in November 2017 showed that Facebook’s fix didn’t work: Reporters had successfully placed rental housing ads that excluded protected groups of people, including African Americans, Jews, Spanish speakers, and people interested in wheelchair ramps. This second story prompted another major suit by fair housing advocates in New York. The following year, the ACLU and the Communications Workers of America filed two complaints with the Equal Employment Opportunity Commission over gender and age discrimination in employment ads. On Tuesday, Facebook settled with all of them.

“There is a long history of discrimination in the areas of housing, employment, and credit, and this harmful behavior should not happen through Facebook ads,” Facebook COO Sheryl Sandberg wrote in blog post announcing the changes, adding, “We can do better.”

Facebook‘s lawyers initially moved to have the cases against it dismissed. In April 2018, when CEO Mark Zuckerberg testified before Congress, multiple lawmakers pressed him on the ProPublica stories and Facebook’s decision to fight the suits. Sen. Cory Booker (D-N.J.) pressed Zuckerberg to explain how, as Facebook’s court filings claimed, people who were excluded from job advertisements were not being harmed. Zuckerberg acknowledged at the time that protecting people from illegal ad discrimination practices was a work in progress.

But if Facebook has finally decided to take this issue seriously, promising to roll out a series of changes this year to dramatically reduce the ad targeting options in these protected categories, it did so under the threat of litigation. The Justice Department had sided with the fair housing advocates in the New York suit. If Facebook had not settled the cases in California and New York and instead had lost in court, it could have faced greater liability for the content published on its platform.

“As the internet—and platforms like Facebook—play an increasing role in connecting us all to information related to economic opportunities, it’s crucial that micro-targeting not be used to exclude groups that already face discrimination,” Galen Sherwin, senior staff attorney at the ACLU, said in a statement Tuesday. “We are pleased Facebook has agreed to take meaningful steps to ensure that discriminatory advertising practices are not given new life in the digital era, and we expect other tech companies to follow Facebook’s lead.” Beyond Facebook, civil rights groups hope that the settlement will create a benchmark for the rest of Silicon Valley when it comes to ad discrimination.

As part of the settlement, Facebook will create a separate portal for ads in the areas of housing, employment, and credit that will limit the number of targeting categories available to advertisers. In addition, the parties who filed the suits and complaints will continue to work with Facebook for three years to monitor the effects of the changes and study the potential for unintended biases in its algorithms. And Facebook will make changes to one way it develops target audiences for an ad so that it is no longer taking protected classes like race and gender into account when it creates an audience for an advertiser.

Despite these big changes, Aaron Rieke, the managing director at Upturn, a nonprofit that researches the intersection of technology and discrimination, says they don’t go far enough. “These are real improvements, but it’s also not a complete answer to the problem,” Rieke says. “The potential for discrimination still exists here, certainly.” Upturn submitted a brief in the California class-action case highlighting the ways Facebook’s algorithms and tools can inadvertently discriminate. In those areas, Rieke believes the settlements fall short.

But Morgan Williams, general counsel for the National Fair Housing Alliance, which sued in New York, praised the settlement resulting from that suit. “The agreement will set a new standard across the tech industry concerning company policies that intersect with civil rights,” Williams said. “We’re pleased with the settlement because it involves Facebook making broad and unprecedented changes to its platform.”