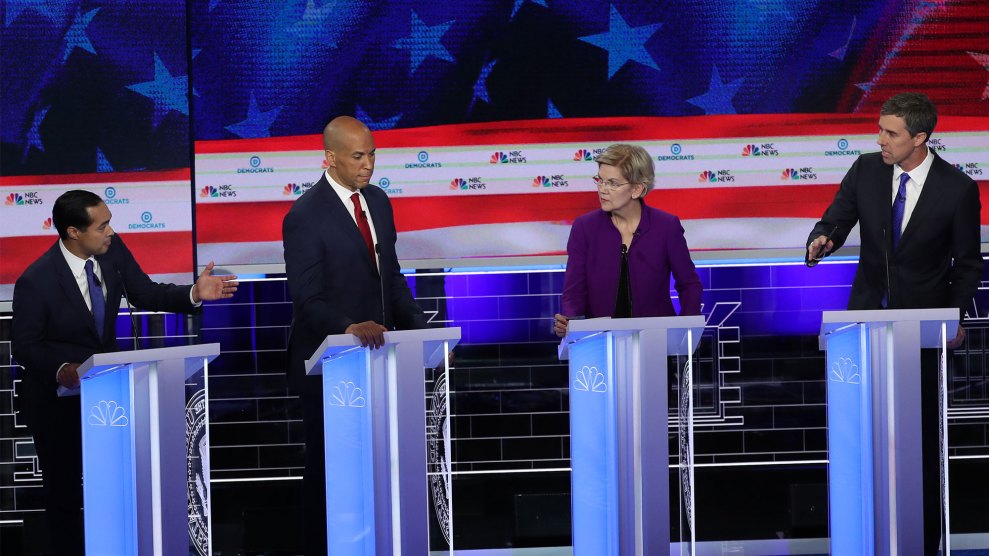 One of the most heated and emotional parts of Wednesday’s presidential debate concerned a seemingly obscure subject: Section 1325 in Title 8 of the United States Code.

Former Secretary of Housing and Urban Development Julián Castro brought up the law when asked about treatment of immigrants seeking asylum at the US-Mexico border. He mentioned a recent photo of a Central American father and young daughter who died while trying to cross the Rio Grande. “It’s heartbreaking, and it should piss us all off,” Castro said, adding that the migrants had gotten desperate after being told they couldn’t apply for asylum at the official port of entry and tried crossing through the river instead.

Castro, the former mayor of San Antonio, focused on a major change he’d make to how the United States handles immigration: repealing Section 1325.

The provision makes it a misdemeanor to illegally enter the country. Castro challenged all other candidates on stage to stand with him in repealing the provision so that coming into the country without authorization would be a civil offense rather than a crime. He singled out Beto O’Rourke, the former congressman from El Paso, who in the past had said he wouldn’t push for the repeal of that section of the law. That led to the most confrontational part of the immigration conversation, with an extended back-and-forth between Castro and O’Rourke.

This isn’t the first time Castro has made this argument. In an interview with Mother Jones last month, he talked about the consequences of criminalizing border crossing through Section 1325, which became law in 1929 but wasn’t widely enforced until last decade. “A lot of the problems that we see today are due to the fact that we’re criminalizing this: the backlog, the separation of children from their families, the detention,” he said. “So I would actually go back to making it a civil violation instead of a criminal violation.”

Castro criticized O’Rourke for expressing concerns in the past that a change in the law would leave victims of trafficking more vulnerable at the hands of criminals who could cross the border with impunity. Castro interrupted O’Rourke to say other parts of the law address that issue, and human traffickers would be prosecuted even after the repeal of Section 1325.

Castro was asked what he would do on his first day at the White House to stop this crisis from happening again, and he said he would sign an executive order to end the Trump administration policies that force asylum-seekers to wait for months before being able to present themselves to port officials, as well as the policy known as Remain in Mexico that returns non-Mexican migrants seeking asylum to Mexican border towns while they wait for their day in US immigration court.

Listen to the full interview from May here: