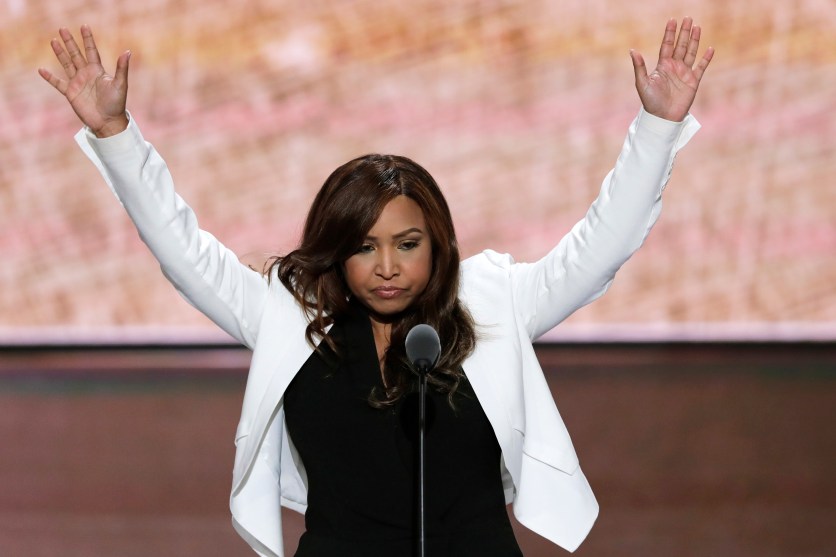 On Tuesday, Lynne Patton, Department of Housing and Urban Development regional administrator and longtime Trump family friend, appeared to have reservations about a proposed HUD rule that would remove undocumented immigrants from federally-subsidized housing and leave tens of thousands of people homeless.

“Do I think that this proposal is a priority when we have so many other issues going on, particularly here in Region 2?” Patton told WNYC, a New York public radio station, referring to an area that includes New York and New Jersey. “No,” she said, answering her own question.

Patton’s comments come at a time when the Trump administration has doubled down on its attack on immigrants, with the president’s racist tweets, to publicizing large-scale immigrant raids. Indeed, her desire to focus on housing repairs rather than undocumented immigrants seems out of character given some of her previous tweets on immigration.

I reject ALL illegal immigrants. Not just Latinos. And this guy was Haitian. Ironically, Haitian officials refused to let him back into their country due to his jail conviction here. We welcome ALL immigrants who come here legally. It ain’t rocket science, my friend. 🙄 pic.twitter.com/N7VmSUgK7s

In Tuesday’s interview, Patton was responding to a proposal announced by the administration in May. As I previously reported:

Even though undocumented immigrants aren’t able to access government housing subsidies, mixed-status families in which there is at least one eligible member, like a child with US citizenship, are able to live in public housing. Federal subsidies only cover the eligible member of the household, but undocumented family members may live there as well. The Trump administration’s new rule, however, would require every member of the household to be eligible for federal subsidies—or the entire family faces eviction. According to HUD’s own regulatory impact analysis, this proposal could affect 76,000 people living in public housing—including 55,000 children—and lead to mixed-status families becoming temporarily homeless.

The Trump administration said that the proposed rule would shorten waitlists for American citizens, but, in HUD’s own analysis, the agency found that the new rule would instead just lead to rising costs and less housing stock:

The subsidies for mixed-status families are prorated so that they only cover the eligible member of the household. Because of this, those families are paying higher rents than households with occupants who are all American citizens or are legal residents. With the proposed rules, housing costs would increase substantially, because entire families would be eligible for subsidized rent. As HUD says in its analysis, the agency would be forced to reduce the quality and quantity of housing to make up for rising costs.

With her lack of housing experience and well-publicized stint as a resident in public housing, Patton has been controversial since her appointment to HUD in 2017. She has also been outspoken in her defense of Trump administration policies. But with the New York City Housing Authority facing a staggering $32 billion dollars in repairs, Patton says she is much more concerned about fixing the crumbling walls and leaking roofs in residents’ buildings. “My priority right now is getting rats the size of cats out of NYCHA,” she said on WNYC. “Whether or not an undocumented immigrant lives in those houses is not my personal priority.”