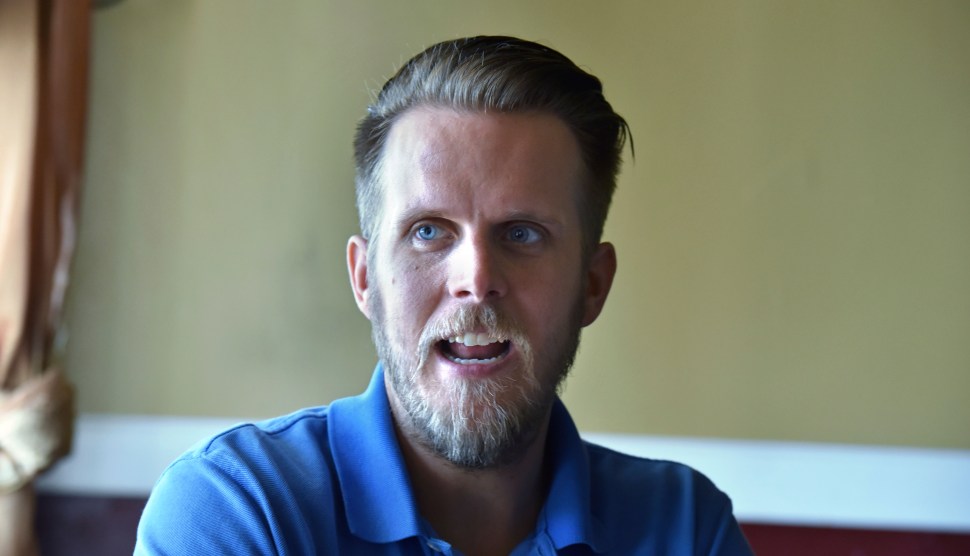 The field of Georgia Democrats vying to unseat GOP Sen. David Perdue is getting interesting. On one end of the spectrum is Teresa Tomlinson, the former mayor of Columbus, Georgia, who told me that one of her assets is that she speaks “fluent Republican.” On the other is Ted Terry, the “hipster mayor” of the refugee hub of Clarkston, Georgia. Today, he released a campaign video meant to demonstrate his progressive bona fides.

Clarkston is “proud to be known worldwide as a modern-day Ellis Island for those seeking the American dream,” he says. “Donald Trump, Mitch McConnell, and David Perdue are using fear to divide us and advance a radical right-wing agenda that violates our values. Fear and division are the tools of cowards. We have to stand up for our values and fight for what’s right.”

Too young. Too soon. Too unrealistic. That’s what they said when I ran for mayor of Clarkston, GA. But I didn’t listen. And I won.

Now I’m running for the U.S. Senate in Georgia to take on David Perdue. Watch our announcement video and join our campaign.https://t.co/N05ZuHZl3Z pic.twitter.com/6exxBKazOY

Last year, when I profiled Terry for Mother Jones, he rattled off a long list of his accomplishments in Clarkston:

Terry, whom some call the “hipster mayor,” doesn’t fit the mold of a Georgia politician. He was a vociferous Bernie Sanders supporter and delegate and was recently featured on an episode of Queer Eye, wherein the fab five implored him to ditch his slogan T-shirts and shorts for a more mayoral look. (It didn’t stick: The last time I saw him, he was wearing a beige “Make America Green Again” tee.)

As mayor, Terry recruited a diverse group of millennials and refugees to run for the previously all-white city council. He annexed some of Clarkston’s surrounding neighborhoods, nearly doubling the city’s population and increasing the local tax base. His proudest accomplishments, though, are a slew of measures he says have made Clarkston “the most progressive city in the South.” With the council’s backing, he reduced the fine for possessing small amounts of marijuana from $1,000 to $75, declared Election Day a local holiday, and raised the minimum wage for city workers to $15 an hour.

In addition to Tomlinson and Terry, Stacey Abrams’ former running mate Sara Riggs Amico is expected to enter the race, as is Jon Ossoff, who in 2017 made an unsuccessful run to represent Georgia’s 6th congressional district.