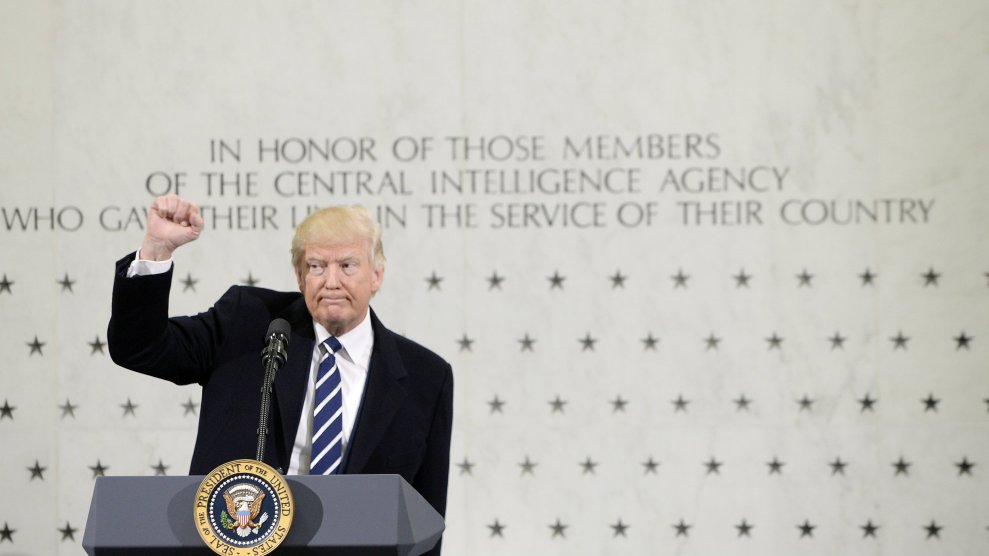 Rep. John Ratcliffe, the Texas representative who President Donald Trump picked Sunday to be his next national intelligence director, has never served in the intelligence community. Nor, unlike previous directors, does he have any background in the military or as a national security expert. Instead, the three-term lawmaker has carved out a reputation as one of the most conservative Republicans in Congress and a passionate critic of the federal investigation into the Trump campaign’s ties with Russia.

His role as Trump’s attack dog came into sharp focus most recently during a House Judiciary Committee hearing with former special counsel Robert Mueller. In an explosive exchange that was quickly hyped by several conservative news sites, Ratcliffe accused Mueller of violating “every principle in the most sacred of traditions” by outlining possible instances of Trump obstructing justice despite not ultimately indicting him. These actions, compiled in the second volume of Mueller’s massive report, were written “in violation of every DOJ principle about extra-prosecutorial commentary,” Ratcliffe claimed. Trump met with Ratcliffe to discuss the job five days before the Mueller hearing, turning the event into a virtual audition for him, the New York Times reported. His concerns evidently do not extend to the first part of Mueller’s report. Rachel Stephens, a spokesperson from Ratcliffe’s congressional office, says Ratcliffe believes Russia interfered in the 2016 election to assist Trump.

Trump has generally refused to acknowledge that central conclusion in Mueller’s probe, despite the intelligence community’s agreement with that assessment. Ratcliffe will now be tasked with representing the intelligence community to a president who has repeatedly bashed it. Trump compared CIA analysts to Nazis and in January suggested that his intelligence chiefs should “go back to school.” In Congress, Ratcliffe echoed those talking points as part of the GOP-led probe into the origin of the Russia investigation. Democrats, he said during one Fox Business appearance, “accused Donald Trump of a crime and then they try to reverse-engineer a process to justify that accusation.”

Ratcliffe has frequently suggested the national security establishment is aligned against Trump. When former FBI Director James Comey appeared before the House Judiciary Committee in September 2016, Ratcliffe criticized his decision not to charge Hillary Clinton over her improper use of private email as secretary of state. Her actions “scream obstruction of justice,” Ratcliffe exclaimed. “To ignore them, I think, really allows not just reasonable prosecutors, but reasonable people, to believe that maybe the decision on this was made a long time ago.”

As a former federal prosecutor, I am astonished and disappointed by the tremendous level of bias and animus revealed in the IG report. My preliminary review leads me to believe that President Trump deserved better than he got from the FBI and DOJ.

Ratcliffe, if confirmed by the Senate, is expected to infuse a traditionally apolitical job with a partisan edge. That has Trump critics concerned, given that the national intelligence director’s main role is to deliver the president’s daily intelligence briefing. Dan Coats, a longtime Republican lawmaker and former ambassador to Germany, earned praise from even Trump’s staunchest critics for maintaining some independence from Trump and not parroting his views on national security matters when they diverged from the intelligence agencies’ assessments. “The women & men in the Intelligence Community deserve a leader like Coats who puts nation first,” former CIA Director John Brennan wrote in a Twitter post on Monday, “not a servile Trump loyalist like Ratcliffe.”

Like Trump, Ratcliffe has shown a flair for embellishing details of his background. In a 2015 press release, Ratcliffe claimed to have “convicted individuals who were funneling money to Hamas behind the front of a charitable organization,” but officials involved in the case, US v. Holy Land Foundation, told ABC News they “could not recall Ratcliffe having any role” and “had no recollection of Ratcliffe being involved with any of the proceedings that resulted in the convictions of their clients.” Stephens, the Ratcliffe spokesperson, told me that his involvement was related to the first attempt to try the case, which resulted in a mistrial, and “because the investigation did not result in any charges, it would not be in accordance with Department of Justice policies to make further details public.”

After a stint as mayor of Heath, a city outside Dallas, Ratcliffe ran for Congress in 2014 with a promise, delivered in one ad, “to stand up to Obama’s liberal agenda every day.” He went on to receive a 100 percent rating from the political arm of the Heritage Foundation and bragged on his campaign website that his voting record made him the second-most-conservative lawmaker in all of Congress.

While he was initially wary of Trump’s presidential ambitions, Ratcliffe came around to supporting him. “There are some questions out there about Donald Trump’s authenticity when it comes to some of the conservative positions that he has taken,” Ratcliffe told the local Rockwall County Herald-Banner in March 2016, “and for that reason, I’m more comfortable with Sen. [Ted] Cruz as my preferred choice for the nominee.”

By August, he had embraced Trump as the party’s candidate for president and joined him in calling for a special prosecutor to investigate the Clinton Foundation. “This is yet another time the administration has chosen to hold Clinton to a different standard of justice than the rest of the American people,” he said in a statement promoted by the Trump campaign.

Once Trump took office, Ratcliffe echoed his dismal view of the federal agents responsible for investigating the Trump campaign in the months before Mueller was appointed to take over the probe. “In May 2017, political bias infected senior FBI leadership, and emotion—not evidence—drove their decision-making,” Ratcliffe told Fox News, a reference to the month when Trump fired Comey. “FBI senior leadership could not accept Comey was fired for cause.”

The transcript of my interview with former FBI Counsel James Baker reflects that in May 2017, political bias infected senior FBI leadership, and emotion – not evidence – drove their decision making. @FoxNews @seanhannity pic.twitter.com/bDeHwupyJr

Democratic senators do not have the numbers to sink Ratcliffe’s nomination, but they have already started lining up against him. “If Senate Republicans elevate such a partisan player to a position requiring intelligence expertise & non-partisanship, it’d be a big mistake,” Senate Minority Leader Chuck Schumer (D-N.Y.) tweeted Sunday night.

“I don’t know this guy,” Sen. Chris Murphy (D-Conn.) told MSNBC. “I think he’s a television character that the president has watched on TV, and he wants to put somebody in this position who’s going to agree with his political take on intelligence.” Presidential candidates like Sen. Elizabeth Warren (D-Mass.) also had harsh words for Ratcliffe.

“Our Director of National Intelligence should be above partisan politics, speak truth to power, and resist Trump’s abuses of authority,” she tweeted. “John Ratcliffe doesn’t fit that bill.”

Republicans have not exactly rolled out the red carpet for his nomination either. Sen. Richard Burr (R-N.C.), chair of the Senate Intelligence Committee, which will oversee Ratcliffe’s nomination, told the White House last week that nominating Ratcliffe “would inject more partisan politics into the work of the intelligence agencies,” according to congressional aides who spoke with Time.

Sen. Susan Collins (R-Maine), a possible swing vote on the Intelligence panel, said she has not made up her mind yet on Ratcliffe.

“I truly don’t know him at all,” she told CNN. “I had never heard his name until last week.”