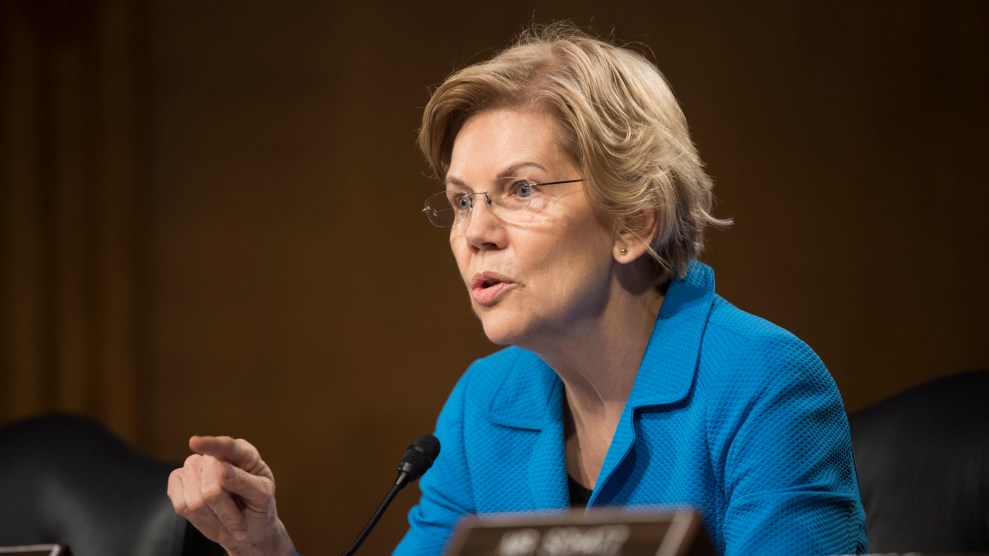 ICE is sending asylum seekers to the facilities even though Congress just rejected another request from the agency for funds to allow it to detain more migrants. One of the new centers saw the death of three inmates following poor medical treatment and a riot in 2012 that left a guard dead.

In a letter sent to acting ICE director Mark Morgan on Thursday, Warren wrote that “it appears that ICE has decided to place immigrant detainees at these facilities without providing proper notice, despite the fact that they suffer from a myriad of health and safety problems.”

As Mother Jones reported on Tuesday:

Interviews with lawyers and prison officials and ICE records reveal that the agency has begun detaining migrants at the Adams County Correctional Center, a Mississippi prison operated by CoreCivic; the Catahoula Correctional Center, a Louisiana jail run by LaSalle Corrections; and the South Louisiana ICE Processing Center, run by GEO Group in Basile, Louisiana. ICE has not previously disclosed its use of the Adams County and Catahoula centers, though GEO Group did announce in April that ICE would soon begin using the Basile facility. On Tuesday, ICE spokesman Bryan Cox confirmed that all three facilities started housing ICE detainees late last month. Together, the three detention centers can hold about 4,000 people, potentially expanding ICE’s presence in Louisiana and Mississippi by 50 percent.

Conditions at the Adams County prison have been particularly bad. Complaints by inmates there about inadequate medical care, staff mistreatment, and rotten food contributed to a 2012 riot that left one guard dead and more than a dozen people injured. The Justice Department announced in May that it would stop using the prison. ICE has decided to fill that void.

Warren told Morgan that ICE’s failure to notify asylum seekers’ attorneys, Congress, and the public put the health and safety of migrants at risk. The secrecy, the presidential contender added, also suggested that ICE “knew the impropriety of its actions in transferring migrants to these facilities.”

Warren is asking ICE to provide answers to a long list of detailed questions. She wants ICE to disclose how the facilities were selected, when the contracts were signed, how much ICE is paying to use them, and how many people they will hold. Warren is also asking ICE to explain where it got the money to start using the new detention centers. The senator asked Morgan to respond by July 25.

In February, Congress directed ICE to detain fewer people, but, in a now-familiar pattern, ICE ignored legislators and pushed detention levels to record highs. Congress rejected another ICE request for more detention funding when it voted in late June to provide emergency funding to improve conditions for people detained at the border. The Trump administration argued that it didn’t have enough money to provide even basic necessities for children held at the border by Customs and Border Protection, but it has managed to find funding for its rapidly expanding detention network in the South.

The Jackson, Mississippi, Clarion-Ledger reported that some detainees at Adams County began a hunger strike on Tuesday. An attorney, who requested anonymity, visited the prison on Tuesday and told me that he saw guards who appeared to be preparing to deploy tear gas against migrants, if needed. No tear gas had been deployed by the time the lawyer left the prison.