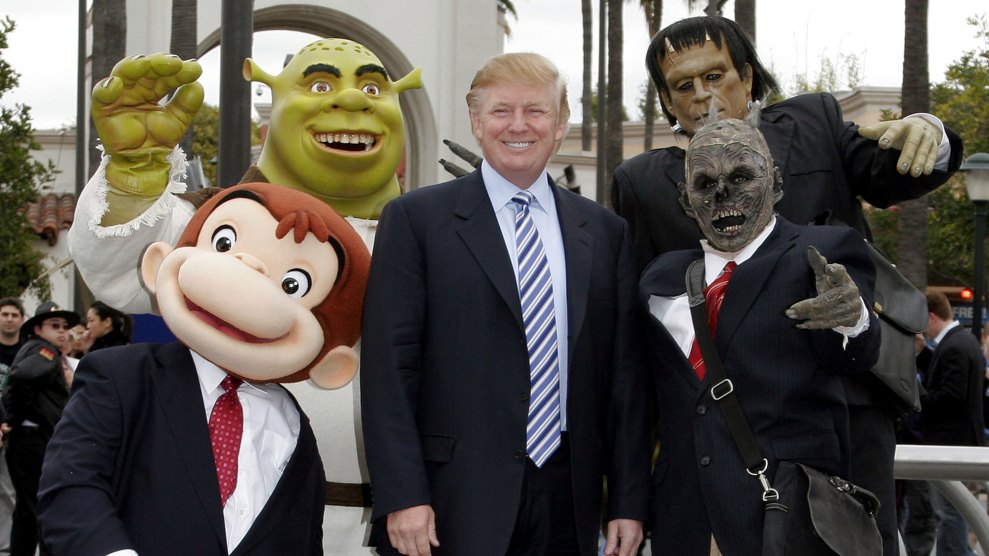 After the first round of Democratic debates, a false claim about Kamala Harris’s heritage went viral on Twitter. It was even retweeted by the president’s son, Donald Trump Jr.

Though Trump Jr. later deleted his post, the author of the original “Kamala is *not* an American Black” tweet, Ali Alexander, has now been invited to the White House. According to a message Alexander posted on his Telegram channel, he will attend the administration’s official social media summit on supposed anti-conservative bias in tech, set for Thursday.

The event’s guest list is full of right-leaning social media figures with a history of bigotry, falsehoods, and trolling. Alexander, who has been convicted of two felonies, is prominent in far-right online circles and is cozy with trolls and like Jacob Wohl, who recently tried to engineer false rape accusations against special counsel Robert Mueller. The White House has also invited Brent Bozell who once said in 2011 that “you might want to say” that President Barack Obama looks like a “skinny, ghetto crackhead,” along with Bill Mitchell, whohas boosted fake smears about Democratic presidential candidate Pete Buttigieg committing sexual assault and amplified the QAnon conspiracy. Another guest, the pseudonoymous Carpe Donktum, is known for making and posting conservative memes, at least one of which has been retweeted by the president’s account.

The White House had also invited Ben Garrison, a conservative political cartoonist best known for a 2017 cartoon that the Anti-Defamation League called “blatantly anti-Semitic,” but disinvited him on Tuesday night, according to Politico.*

While many such figures were invited, the White House apparently declined to invite any representatives from major social media companies. According to the Associated Press, Google, Facebook, and Twitter were not invited. While the White House would not officially confirm who would attend, spokesperson Judd Deere emailed Mother Jones a statement that flattered summit participants and framed the gathering as an outgrowth of the May launch of a White House site soliciting complaints about online bias. “After receiving thousands of responses, the President wants to engage directly with these digital leaders in a discussion on the power of social media,” Deere wrote.

While Deere said the complaint site was created without regard to political ideology, President Trump has exclusively focused his recurring attacks on tech companies on allegations of bias against conservatives. While data suggests there is no such bias, that hasn’t stopped Trump and Republicans in Congress from repeatedly claiming it exists.

In advance of the event, Trump took criticism for seemingly contradicting the summit’s free speech aims. An email to event participants obtained by the Daily Beast’s Will Sommer instructed attendees with questions to submit them for pre-approval to be included in the program.

It looks like Social Media Summit attendees have to submit their questions to Trump in advance, judging by posts from invitees. Could cut down on the potential for craziness. pic.twitter.com/3Xdl7L37Aj

Katherine Haenschen, a communications professor at Virginia Tech University who researches social media, speculated that the White House’s inclusion of fringe figures could be an attempt to move the Overton window on what types of politics are welcome in the national conversation. Trump and the most polemic mainstream Republicans make themselves seem far more moderate by showcasing obscure far-right wingers.

“I worry that it expands the window of what is acceptable and what’s considered expertise,” Haenschen said.

By elevating fringe figures who routinely push the boundaries of platforms’ policies, it’s almost inevitable that when technology companies direct enforcement action at their accounts in the future, no matter how justified, they will appear biased. Haenschen fears that this right-leaning pressure could tie tech companies hands more broadly.

“Another potential consequence of this is that they spook Zuckerberg and Facebook into not saying anything if they find interference in the 2020 election. It could have a chilling effect on Facebook’s willingness to speak up out of concern for appearing to be biased,” she said.

Another academic who has focused on social media, Alan Rosenblatt, thinks the summit’s invite list reflects the unprofessionalism of Trump’s White House staffers.

“When you put crucial policy decisions in the hands of amateurs this is what you get,” said Rosenblatt, the director of digital research at the political strategy firm Lake Research Partners who also teaches at several Washington universities. “This is the level of ignorance that comes from the extreme levels of amateurism. These are incompetent, no training, no expertise people who are making policy statements and judgments on behalf of the president without really knowing what they’re talking about.”

Update: This sentence has been updated to reflect that Garrison’s invitation was rescinded and to include an email Trump sent to event attendees.