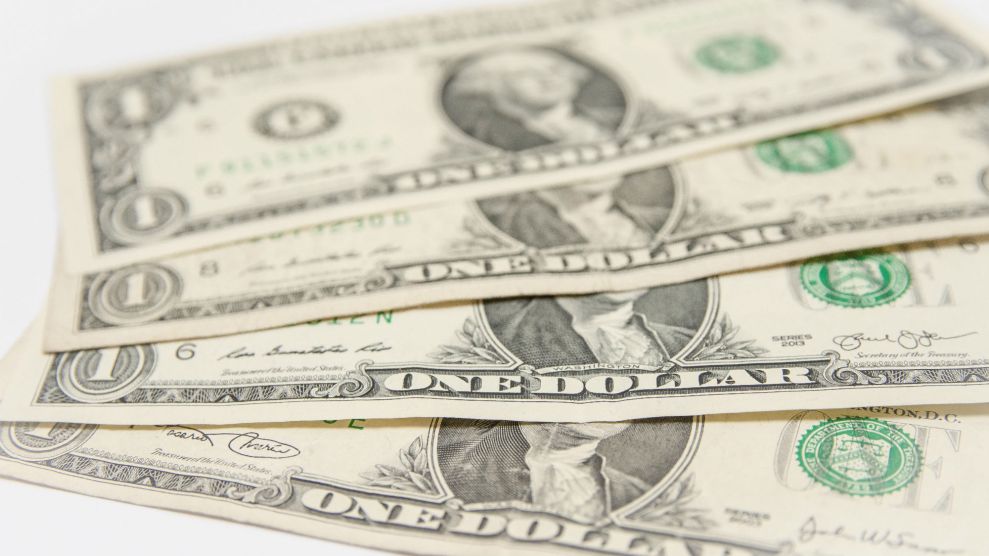 As the Democratic presidential candidates wound down their second debate in Detroit last month, Donald Trump’s fundraising committee blasted out an email decrying the “socialist circus” with a tempting offer to supporters of the president.

“Our biggest fundraising deadline of the year is just 3 hours away, and we are still well short of our goal. This is so important that all contributions will be TRIPLE-MATCHED until MIDNIGHT TONIGHT,” the email promised. “Contribute before 11:59 PM TONIGHT to help us CRUSH our July fundraising goal and your contribution will be 3X MATCHED.”

The thing is, this matching program may not actually exist. Yet this has become an increasingly popular, if deceptive, fundraising ploy used by candidates on both sides of the aisle.

In the nonprofit fundraising world, offers of a big donor “matching” smaller contributions as a way to incentivize more giving are routine. But this tactic doesn’t translate well to political campaigns, which are governed by different rules, including laws strictly limiting how much a donor can give in an election. That means, despite what a fundraising email may say, there may not be a real matching donation program if it’s a political candidate making the pitch. The Trump campaign did not respond to a request for comment on its email pitch.

There are exceptions. Super-PACs, for instance, can take as much money as they want from a donor making a match program more feasible, and a candidate could personally match donor contributions if the candidate chooses. But the reason why matching donor appeals are not realistic for campaigns is because the most that any individual can give is $2,800 for the primary and $2,800 for the general election, a total of $5,600 in the two-year run-up to a federal election. Given the contribution limits, the logistics of a matching donor program are tricky.

“If a single individual responds with a $2,800 contribution, it is possible there is another wealthy donor who has not yet made a $2,800 donation, who could match it, but then the donor is done and can’t match a single other donation,” says Paul S. Ryan, vice president of policy and litigation at Common Cause, a liberal watchdog group. “That’s why as a general matter the scheme doesn’t work.”

An email sent on May 28 by the Castro campaign and signed by the candidate’s brother, Joaquin, implores recipients to take up a matching offer: “My brother’s campaign still needs $201,092 before the End of Month Deadline in 72 hours. Thankfully, a group of generous donors have agreed to match all gifts for the first time in this campaign. Will you rush in $23 before this critical deadline? It will be matched.” Reaching this goal would require lining up a minimum of 18 matching donors who had yet to donate to the campaign and were willing to contribute the maximum. Castro’s campaign filings show that in the three days between when the campaign made its appeal and the end of the month deadline, only one donor contributed $2,800.

The Castro campaign did not respond to a request for comment.

Emails from Moulton and Booker offer more plausible but limited versions of a matching scheme. A June 19 fundraising email circulated by the Moulton campaign explains that two donors have agreed to match the first $10,000 donated—theoretically, this is possible given the maximum two donors could give the campaign over the entire election cycle is $11,200. That said, in the Moulton campaign’s most recent campaign finance filing to the Federal Election Commission, the campaign reported only one donor having given $5,600 (the maximum amount) to the campaign after June 19, suggesting that the $10,000 match was not made—and that subsequent Moulton emails in the following days describing additional donors willing to match donations up to $10,000 were not necessarily true. Two other donations of over $5,000 were made through ActBlue. The Moulton campaign did not respond to requests for comment.

A Booker campaign fundraising email from July 26 describes a much more feasible scheme—but also one that doesn’t seem designed to raise a large amount of money. The email says Booker needs 130,000 unique donors to qualify for the Democratic National Committee’s debates in the fall. The email claims that a group of founding donors agreed to match the first 12,636 first-time donors who make a donation of $1. In other words, just three donors could match all of the donations—not a viable way to raise big money, but perhaps a good strategy to expand the number of individual donors contributing to Booker’s campaign.

Ryan and other campaign finance attorneys said there is nothing in election law that prohibits campaigns from pitching deceptive matching donor schemes. But it could violate other laws. “The Federal Election Campaign Act doesn’t address it,” says one Republican election law attorney who does not represent any presidential candidates but asked not to be named because other clients of his use the matching donor tactic. “If I was worried about a Democrat doing this kind of email I think you could make consumer fraud problems.”

Dan Backer, a conservative campaign and election law attorney, says he thinks it is unlikely that anyone is actually going to be pursued for fraud over the matching schemes because candidates are given wide latitude over how truthful their political statements must be. But he says he’s not a fan of the tactic and advises his clients, which include both super-PACs and more tightly regulated committees, to devise a real matching program if they’re going to pitch one in fundraising appeals.

“We make a point that you really do have to have that mechanism,” he says. “I have a hard time believing that’s the case in the rest of the industry. How do you do that, if you’re a traditional campaign?”

Backer says he’s seen the matching tactic used more and more in recent years. “I think people just use it because it’s a tactic that works,” he says, noting that in most cases there is no actual matching donor program. “I think it’s a little shameful, but I don’t think anyone is going to get prosecuted for it.”