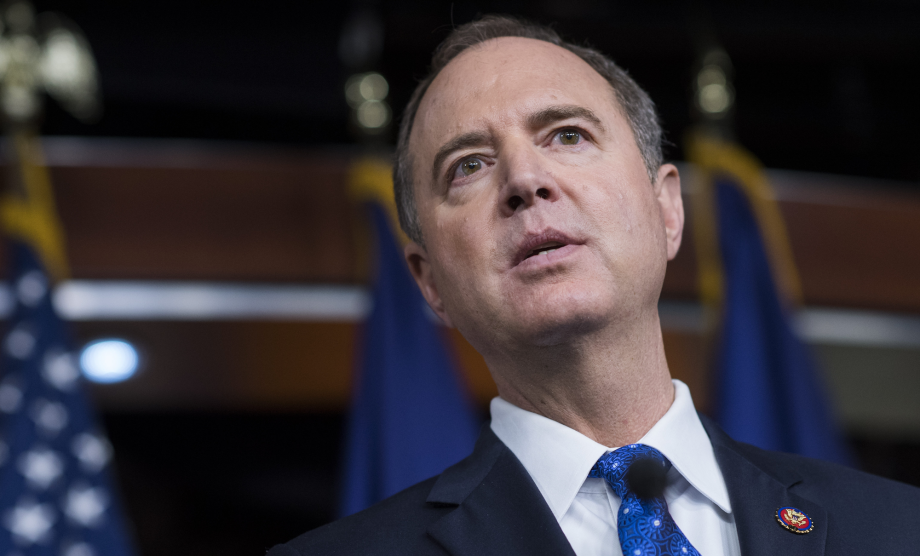 President Donald Trump on Monday suggested that the chairman of the House Intelligence Committee, Rep. Adam Schiff (D-Calif.), should be arrested for “treason.” The incendiary comment came amidst a flood of irate tweets by Trump Monday morning and as the president escalates his war with Schiff, who over the weekend signaled that testimony from the whistleblower whose complaint triggered impeachment proceedings against the president could be imminent.

Rep. Adam Schiff illegally made up a FAKE & terrible statement, pretended it to be mine as the most important part of my call to the Ukrainian President, and read it aloud to Congress and the American people. It bore NO relationship to what I said on the call. Arrest for Treason?

Why is Trump floating the notion of Schiff getting arrested? Because in Schiff’s opening statement at last week’s hearing with acting Director of National Intelligence Joseph Maguire, he parodied Trump’s efforts to push the Ukrainian president into launching an investigation into Joe Biden. “Shorn of its rambling character, and in not so many words, this is the essence of what the president communicates,” Schiff had noted at the top of the opening remarks, before going on to accurately characterize Trump’s phone call with the Ukrainian leader.

Like every American, I deserve to meet my accuser, especially when this accuser, the so-called “Whistleblower,” represented a perfect conversation with a foreign leader in a totally inaccurate and fraudulent way. Then Schiff made up what I actually said by lying to Congress……

….In addition, I want to meet not only my accuser, who presented SECOND & THIRD HAND INFORMATION, but also the person who illegally gave this information, which was largely incorrect, to the “Whistleblower.” Was this person SPYING on the U.S. President? Big Consequences!

Shortly after, Trump promoted a Fox News appearance from Texas megachurch pastor Robert Jeffress, during which Jeffress warned of a “civil war fracture” if Democrats successfully removed Trump from office. “This is beyond repugnant,” Illinois Republican Rep. Adam Kinzinger responded on Twitter, yet another sign of dissent growing among Republicans over the president’s actions and behavior. Together, the late-night tweets offered a preview of the chaos that’s likely in store for the week ahead. His tweets Monday morning confirmed that yes, we’re in for a bumpy ride.