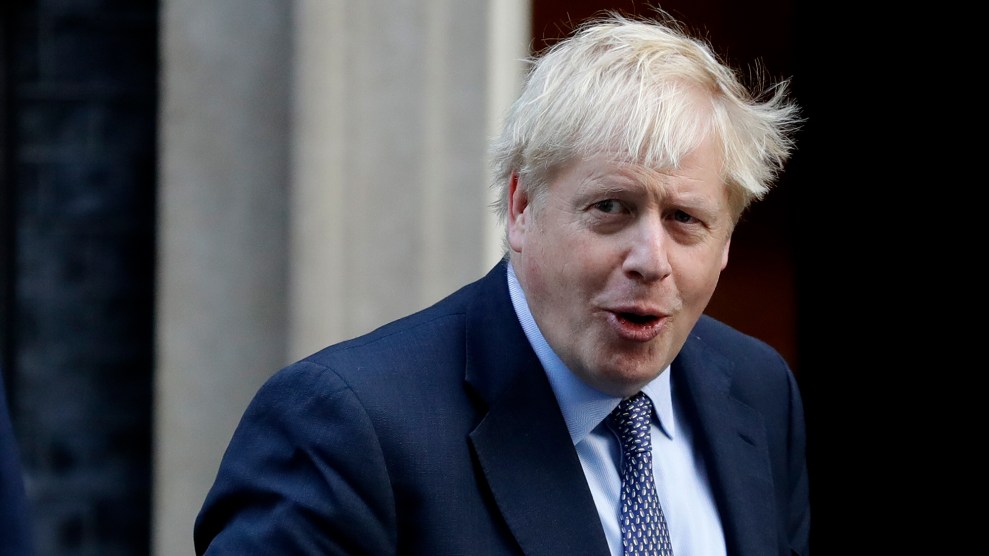 In Parliament’s first Saturday session since the Falklands war—dubbed, questionably, “Super Saturday”—Democratic Unionists from Ireland ensured the passage of the Letwin amendment to trigger a Brexit extension request required by the Benn Act. Confused? Me too. Read on.

Heading into the session, Prime Minister Boris Johnson needed the parliament to provide a “meaningful vote” in favor of his Brexit plan before an 11 P.M. deadline on Saturday. Without that support, legislation known as the Benn Act requires Johnson to ask the European Union to push the deadline for leaving the EU back from October 31 to January 31. That’s not what Johnson wants. He has staked his whole prime ministership on getting it done by the end of the month.

The House of Commons rebuffed Johnson on Saturday. In a 322-306 vote, it passed an amendment forcing Johnson to bring the Brexit withdrawal deal he hammered out with Brussels last week before them. Basically: No Brexit, until the parliament can vote on the whole thing.

Outside Parliament, streets were filled with demonstrators who oppose Johnson:

In typical fashion, Johnson is saying he won’t play by the rules—pledging he would not request an extension from EU leaders. “I will not negotiate a delay with the EU,” he said, “and neither does the law compel me to do so.”

Today’s vote could mean a mind-numbing number of new steps to pass the deal, presenting a race against time: EU leaders would need to return to Brussels to approve any new extension. Then there are the UK parliament’s own maneuvers that could continue to stymy the prime minister. And when the House of Commons does take up the deal, Members of Parliament can introduce even more amendments to shape the terms of a Brexit. Read through the thread below for more on the messy mechanics of what happens next:

The passage of the Letwin amendment means that the Government will introduce the EU (Withdrawal Agreement) Bill. This bill will authorise the Gvt to ratify the Brexit deal, and give effect to the deal in UK law. Some crucial points about the bill, and potential flashpoints:
1/

A simpler take away comes from Peter Bone, a member of Johnsons’ Conservative Party who voted against the Letwin amendment. “I’m fed up. It’s been a complete waste of time. Nothing’s happened and it’s spoiled my birthday,” he said in an interview. “I have to be here talking to you, rather than eating cake.”

"I'm fed up, it's been a complete waste of time, nothing's happened, and it's spoilt my birthday" says Conservative Peter Bone