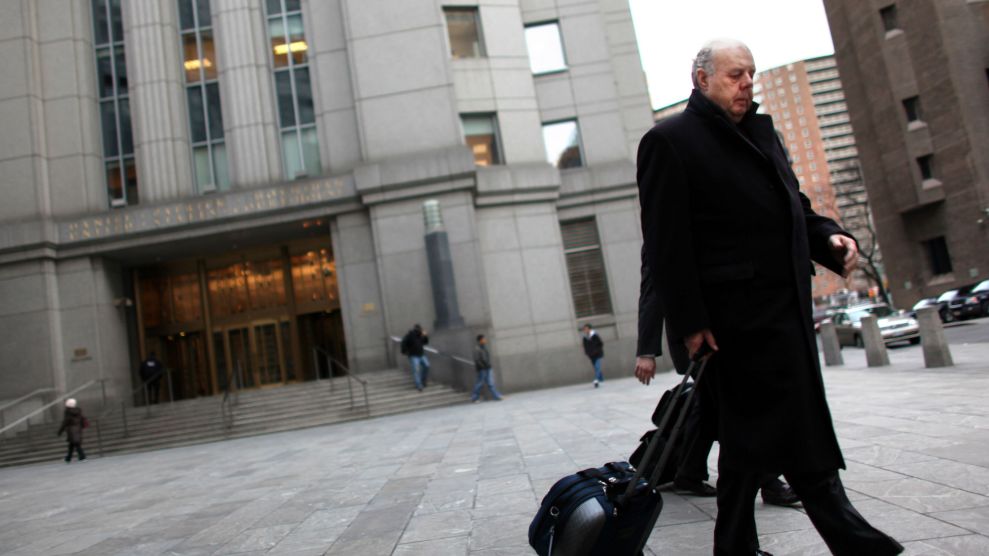 Parnas, a Florida businessman and would-be movie producer with a string of debts, said in a text message Wednesday that he had retained Dowd. Dowd confirmed in an interview that he had agreed to work for both Parnas and Fruman, whose has business ties in the Ukrainian city of Odessa. Dowd declined to discuss the details of the arrangement. “I haven’t had a chance to meet with them,” he said.

The hiring highlights the tight links between the president’s current and former attorneys and others involved in the growing scandal that was triggered by the revelation that Trump pressured Ukrainian President Volodymyr Zelensky into digging up damaging information about Trump’s political opponents. Giuliani, who currently represents Trump, has said he was hired by Parnas and Fruman as their lawyer and worked with them to unearth information related to Biden and the Mueller probe. Giuliani tweeted in May that the men “are my clients.”

Dowd also remains in contact with Trump, who he described on Wednesday as a friend. “We talk every once in a while,” Dowd said in a telephone interview. Giuliani told the Daily Beast in January that Trump at that time occasionally sought Dowd’s advice on legal matters. But Dowd said Wednesday that he no longer provides legal counsel to Trump. “He has his own lawyers to do that,” Dowd said.

Dowd had a controversial tenure as Trump’s lawyer. In September 2017, a New York Times reporter wrote up a conversation he overheard at a popular Washington restaurant between Dowd and another Trump attorney about Trump’s defense strategy. In November 2017, as former Trump national security adviser Michael Flynn prepared to cut a deal to cooperate with Mueller, Dowd left Flynn’s attorney a voicemail, in which Dowd seemed to float the possibility of Trump pardoning Flynn. Dowd has denied that he was hinting at a pardon, and he accused Mueller’s staff of selectively editing a transcript of the call.

Parnas and Fruman, who live in South Florida, became big GOP donors in 2018, giving at least $576,500 in combined donations over several months. According to reporting by the Organized Crime and Corruption Reporting Project (OCCRP) and BuzzFeed News, they used the resulting access to powerful Republican figures to promote a plan to sell American liquified gas to Ukraine. In May 2018, the duo dined with the president at the Trump International Hotel.

According to the OCCRP/BuzzFeed report, Parnas and Fruman encouraged Giuliani’s effort to promote the conspiracy theory that Biden in 2016 forced the firing of a Ukrainian prosecutor, Viktor Shokin, in order to block an investigation of a natural gas company that had put Biden’s son, Hunter, on its board. There’s no evidence for that allegation; Shokin was ousted in part because of widespread international criticism over his failure to combat corruption. Parnas says he and Fruman first put Giuliani in touch with Shokin and that they also connected Giuliani late last year with Shokin’s successor, Yuriy Lutsenko, who leveled—and later retracted—accusations about the Bidens.

On Monday, the House Intelligence Committee subpoenaed Giuliani. It also asked Parnas and Fruman to turn over documents and to agree to be questioned. That demand appears to have led to them hiring Dowd.

Dowd said Wednesday that Parnas and Fruman are his only clients involved in the Ukraine scandal. “That’s enough,” he said.

Giuliani declined Wednesday to answer questions about his relationship with Parnas and Fruman, including when they retained him and how long the engagement lasted. “Who cares[?]” he wrote in a text message. “As Nero is burning Rome you’re trying to figure out if the Fire Department is to blame. Respectfully you are chasing the irrelevant.”

Asked if he was comparing Trump to Nero, Giuliani said he meant Biden.