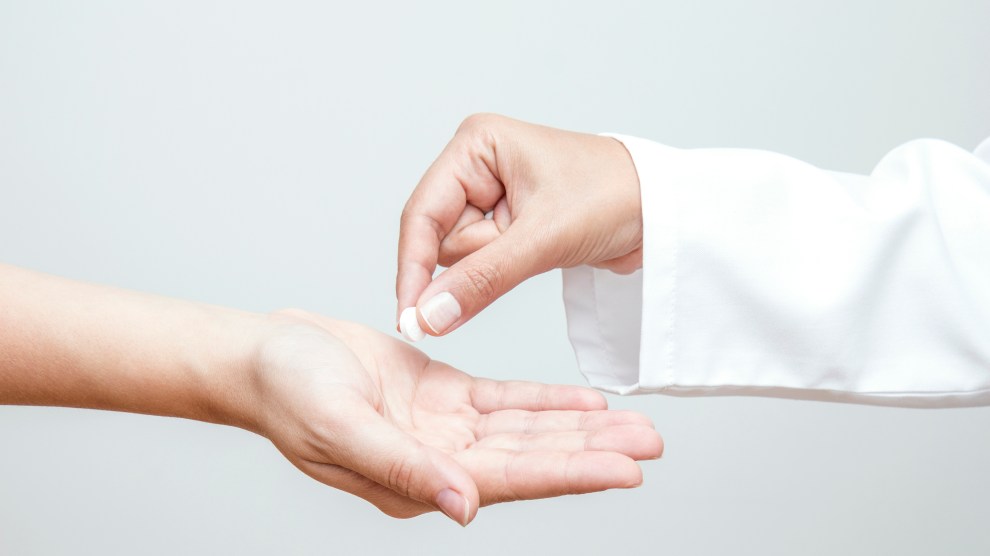 More than a third of opioid-related deaths in the United States link back to long-acting drugs like OxyContin that are approved for prescription by the US Food and Drug Administration. But lax oversight at the agency is hampering efforts to ensure doctors don’t overprescribe these medications, according to a new study.

The FDA has failed to adequately track whether one of its key strategies for addressing opioid misuse has been effective.

Researchers from Johns Hopkins University scoured thousands of pages of internal FDA documents, obtained through public records requests, and found that the agency has failed to adequately track whether one of its key strategies for addressing opioid misuse has been effective. The study, published Monday in JAMA Internal Medicine, looks at a federal program that teaches doctors about the risks of prescribing addictive opioids.

Starting in 2012, the FDA’s Risk Evaluation and Mitigation Strategy Program required opioid makers to pay for this training for doctors prescribing long-acting opioids, and to monitor whether it had an impact on overdoses and deaths. But according to the internal documents surfaced by the Johns Hopkins researchers, it appears the FDA has not been able to show that its training program worked: Opioid makers did not collect the right data to track how the training was going, and even after the FDA discovered this, according to the Johns Hopkins researchers, the agency did not correct the problem.

“What’s surprising here is the design of the program was deficient from the start,” Caleb Alexander, an author on the study, told the New York Times. As early as 2013, the inspector general of the Department of Health and Human Services warned that the FDA was “not receiving crucial information from pharmaceutical manufactures” about the training. “It’s unclear why the FDA didn’t insist upon a more scientifically rigorous evaluation of this safety program.”

Some of the data that was collected isn’t encouraging. The goal was for 60 percent of doctors who prescribe long-acting opioids to enroll in a training class, but only 27 percent of them did between 2012 and 2016, the Johns Hopkins study found. Manufacturers also surveyed physicians who participated in the training, and concluded they had “modestly greater” knowledge of safe prescribing practices, but these surveys came at a time when opioid prescribing rates were dropping overall in the United States, and they were not designed to prove the classes were responsible for the change.

Nearly 50,000 people around the country died from opioid overdoses in 2017.

Responding to the study, an FDA spokesperson told Mother Jones that the issue of opioid misuse was a top priority for the Trump administration, and that assessing the impact of the training program while accounting for other opioid interventions at the municipal, state, and federal levels could be be challenging. He said that after learning about difficulties with the data assessment, the agency talked with drug manufacturers about how to better study the effect of the training on prescriber behavior and patient outcomes, and that it continues to work with these companies to evaluate the impact of the program. He noted that the agency has also taken other steps to curb the epidemic, like going after illegal imports and sales of opioids and supporting more treatment for people struggling with addiction.

The FDA “has tools that could mitigate opioid risks more effectively if the agency would be more assertive in using its power to control opioid prescribing, manufacturing, and distribution,” William K. Hubbard, a retired FDA official who assisted with the Johns Hopkins study, wrote in an editorial, saying the training programs failed to “even meet the limited criteria” set out by the agency.

“It is time that the federal government got serious about regulating opioids,” he added.