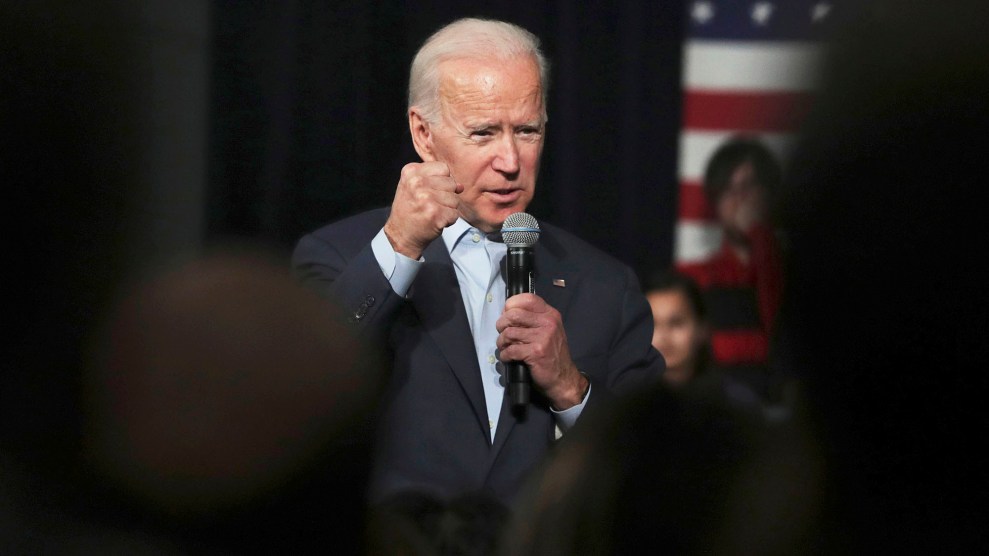 Unless you were spending your last precious hours of holiday vacation on social media, you probably missed it. Lucky you. On Wednesday evening, a Twitter user named @mooncult posted a short clip of Joe Biden speaking at a town hall event in New Hampshire:

Biden proclaims the 'European' identity of America: "Our culture is not imported from some African nation." pic.twitter.com/mG1ys8fzWB

The key quote there seemed to be this: “Our culture: It’s not imported from some African nation or some Asian nation.” Taken in isolation, and without the least bit of charity, you could imagine those words coming out of the mouth of someone like Steve King. But they were not spoken in isolation, and Joe Biden is not Steve King. Biden was not, as @mooncult claimed, “proclaim[ing] the ‘European’ identity of America.” Rather, Biden’s comments came at the end of a long story about his work fighting violence against women. As CNN’s Daniel Dale explained, Biden believed part of the problem could be traced to the English legal traditions on which the American legal system was largely built, which Biden argued created a culture of acceptance for such behavior.

Still, the clip has now been viewed 1.3 million times and has picked up thousands of likes and retweets from Biden critics, including some with media platforms. I don’t want to pick on them, though, because stuff like this happens all the time, and the particular allegiances of the duped changes depending on the story. It’s only January 2—if this is how it’s going to be for the rest of the presidential campaign, we’re screwed.

Look, there are a lot of dumb people out there, and there’s a lot of misinformation, some of which is truly more overzealous than malicious in nature. But the thing is, lots of smart people also fall for stuff like this! Fortunately, there’s a better way. You, smart reader, can be part of the solution. Why not make it a resolution for the new year? Trust me, if you follow these simple steps, it’ll be a lot easier than whatever else is on your list.

But sometimes, it can’t be helped. You shared something wrong or misleading. Oops! So what should you do now?

These are just tips. Everyone has their own processes. But it’s going to be a long year, and it’ll be a lot saner and healthier if we don’t make it any dumber than it inevitably will be.