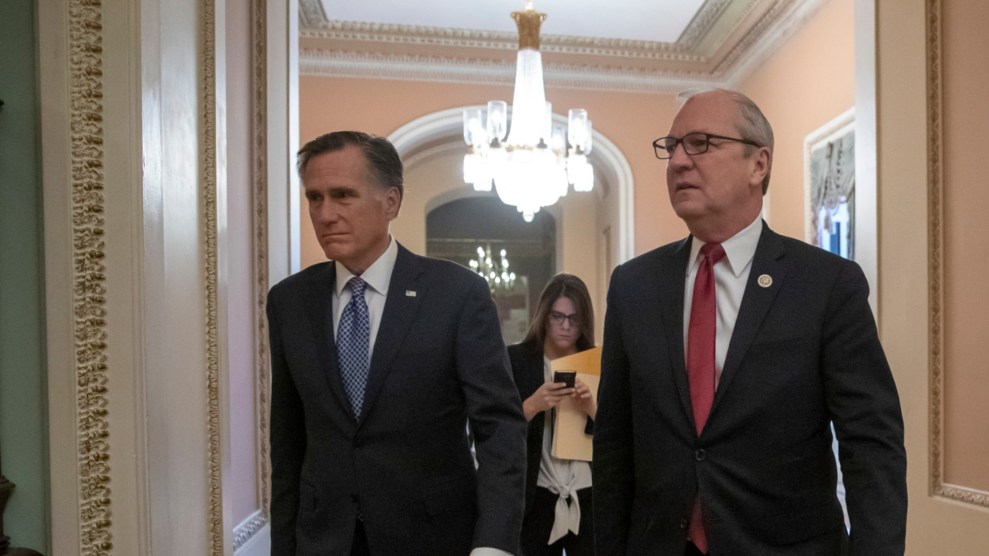 More than 200 Republicans in Congress are asking the Supreme Court to reconsider the landmark abortion case Roe v. Wade, which established the constitutional right to an abortion in 1973.

The request came as a part of an amicus brief in support of an anti-abortion law in Louisiana that will be the subject of oral arguments before the court in March. The case, June Medical Services v. Rebekah Gee, will be the first abortion case before the Supreme Court since the confirmation of Justices Neil Gorsuch and Brett Kavanaugh. The law requires abortion providers to have admitting privileges at local hospitals, a stipulation that the clinic at the center of the case argues would leave Louisiana with only one abortion provider for more than 4 million residents.

In their letter, the members of Congress urge the court to consider overturning both Roe and its 1992 decision in Casey v. Planned Parenthood, which upheld the basic principle of Roe but allowed for greater abortion restrictions. They argue that the Louisiana case “illustrates the unworkability of the ‘right to abortion’ found in Roe v. Wade…and the need for the Court to take up the issue of whether Roe and Casey should be reconsidered and, if appropriate, overruled.”

Thirty-nine Republican senators signed the brief, including former presidential candidates Mitt Romney of Utah, Ted Cruz of Texas, and Marco Rubio of Florida. Of the 13 Republican senators who declined to sign the letter, eight are up for reelection in 2020, including Cory Gardner (R-Colo.), Susan Collins (R-Maine), and Martha McSally (R-Ariz.), who are all locked in close races.

The brief received more than just Republican support. Two Democrats in the House—Dan Lipinski of Illinois and Collin Peterson of Minnesota—signed the brief. Lipinski, an anti-abortion hardliner in a safe blue district, is currently facing a primary challenge from Marie Newman, whose campaign has received support from abortion rights groups such as EMILY’s List and Planned Parenthood Action Fund. Lipinski was also the sole Democratic member not to co-sponsor the Equality Act, an LGBTQ rights bill introduced in March 2019. Peterson, a longtime conservative Democrat, was one of two Democrats to vote against both counts of impeachment against President Donald Trump last month.