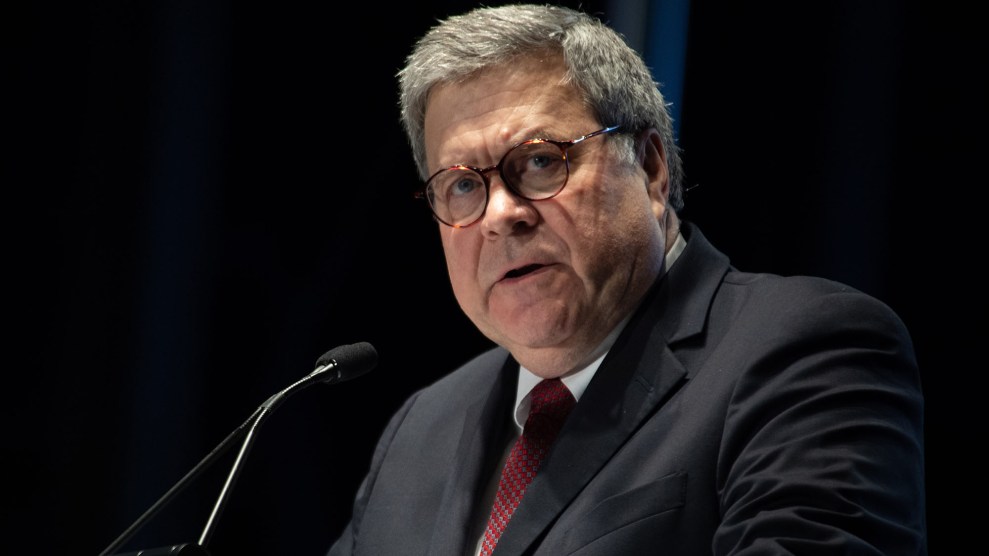 The top federal prosecutor in western Pennsylvania was thrust into the news on Monday when Attorney General William Barr confirmed to reporters that the Department of Justice had set up an “intake process in the field” to receive information related to Ukraine, former Vice President Joe Biden, and his son Hunter, that has been gathered by Rudy Giuliani. While the Washington Post has reported that Giuliani, a private lawyer to President Trump, has already used Pittsburgh-based US Attorney Scott W. Brady’s office to communicate with federal law enforcement officials, a spokesperson for the prosecutor declined to comment on any aspect of the Giuliani matter, refusing to answer questions about how the office was selected for the role, whether any investigation is underway, or how it will navigate the deep political waters it finds itself swimming through during a contentious election year in the perennial swing state.

Both Giuliani and the FBI field office in Pittsburgh also declined to comment. Kerri Kupec, a spokesperson for Barr, did not respond to a request for comment. News of Brady’s new assignment was quickly overshadowed on Tuesday when the Justice Department reversed a sentencing recommendation for Roger Stone, a Trump ally found guilty on seven counts related to lying to Congress, triggering a string of prosecutors to resign from the case.

“Attorney General Barr is disgracing our rule of law by diverting law enforcement resources away from legitimate law enforcement to investigate debunked conspiracy theories,” Sen. Bob Casey, (D-Pa.) told Mother Jones when asked about the Pittsburgh arrangement. “After the Senate impeachment trial, some of my Republican colleagues said the president had learned his lesson and would change his behavior. Clearly, he has done neither.”

David Laufman, a former CIA analyst and federal prosecutor who most recently served under Trump as the top counterintelligence official at the DOJ, tweeted Monday that “there is nothing normal about the Attorney General creating a special ‘intake process in the field’ for info relating to claims advancing a White House political narrative—particularly for someone reportedly under criminal investigation.”

Rep. Jerry Nadler (D-N.Y.), chair of the House Judiciary Committee, sent a letter to Barr Monday expressing “serious concerns” about the arrangement, describing the move as a “significant departure” from traditional channels of gathering information and launching investigations. Nadler’s letter pointed out the apparent contradiction between last September, when the DOJ claimed Barr had not communicated with Giuliani on Ukraine, and Barr’s acknowledgement of the process on Monday. The letter also referenced claims by Lev Parnas, a Giuliani associate indicted by prosecutors in the Southern District of New York on campaign finance violations, that implicate Barr in the president’s scheme to get the government of Ukraine to announce an investigation into the Biden family. Nadler asked Barr to respond to a series of questions about the “intake process” by February 25.

On Wednesday, Democrats released a letter confirming that Barr will testify before the committee on March 31. “In your tenure as Attorney General, you have engaged in a pattern of conduct in legal matters relating to the President that raises significant concerns for this committee,” the letter read, citing the Pittsburgh arrangement as one of the key concerns the members wished to discuss.

Before his confirmation as US Attorney in December 2017, Brady was the head of litigation for Federated Hermes, a Pittsburgh-based investment firm. He’d also taught constitutional law at the University of Pittsburgh and served as an assistant US attorney in Pittsburgh from 2004 to 2010. Prior to that role, he clerked for Thomas Hardiman, a federal appeals court judge who was reportedly on Trump’s short list for the Supreme Court ahead of his selection of Brett Kavanaugh.

“I’m sure there are thousands of other cases he’d rather be spending his time on.”

Brady has donated a little less than $10,000 to Republican politicians over the years according to federal election records, with $5,200 going to Sen. Ben Sasse, the Nebraska Republican who once drew the ire of Trump supporters by trying get someone else to run as the party’s nominee in 2016. When asked about Barr’s arrangement with Brady, a spokesperson for Sasse confirmed to Mother Jones that the two are friends dating back to college, “but the first he heard about it was when the news broke.”

In September 2019, Barr appointed Brady along with eight other US Attorneys, to the Attorney General Advisory Committee, a body that regularly gathers in Washington to consult with the attorney general on policy and management issues. John Huber, the US Attorney in Utah who, after pressure from Trump, was tasked by former Attorney General Jeff Sessions with reviewing the FBI investigation into the Clinton Foundation, served on the committee into 2019. The Post reported in early January that that investigation didn’t turn anything up and was quietly dropped.

The “intake process” arrangement is just the latest deviation from traditional norms meant to protect the appearance of independence between the DOJ and the White House. Going back to the Watergate era there have been concerns about federal law enforcement, which is formally part of the executive branch, being deployed to benefit the president’s, or his party’s, political ends. After Richard Nixon, under President Jimmy Carter, Attorney General Griffin Bell worked to install procedures to insulate the DOJ from White House political pressures. Those restrictions were relaxed under President George W. Bush, leading to the infamous 2006 firing of seven US attorneys for political reasons at the hands of Karl Rove and Attorney General Alberto Gonzalez.

In 2009, Attorney General Eric Holder issued a new set of policies attempting to reinstitute stricter guidelines for contact between the White House and the DOJ regarding pending or potential cases, writing that it “is imperative that the Department’s investigatory and prosecutorial powers be exercised free from partisan consideration.”

Concerns about the erosion of those lines flared once again in May 2019 when Sen. Kamala Harris (D-Calif.) famously asked Barr during Senate testimony whether the president or anyone at the White House asked or suggested that he open an investigation into anyone. Barr looked to the ceiling, stammered, and said he was “trying to grapple with the word ‘suggest.'” He said, “There have been discussions of matters out there…they have not asked me to open an investigation.” When pressed on whether investigations had been “hinted” or “inferred,” Barr said, “I don’t know.”

It’s unclear why the intake process was routed through Brady. The Pittsburgh-based US Attorney’s office is known for its work prosecuting high-profile cybercrime cases, particularly under former US Attorney David Hickton, who resigned after the 2016 election. Barbara McQuade, a law professor at the University of Michigan and the former US Attorney for the Eastern District of Michigan, said Wednesday that the cyber expertise Hickton helped establish in Pittsburgh—complemented by a similar skill set in the city’s FBI’s field office—could be behind the office’s selection, although the Biden affair would seem to be more of a case of public corruption.

But she speculated that the true value of the arrangement could be that it’s a way for Barr to look like he’s “appeasing Trump a little bit, but not really doing anything too unusual, and getting it out of DC so he doesn’t have to deal with Giuliani directly.”

“‘If Rudy’s got information, you call Pittsburgh,'” McQuade said, describing the setup. “They may or may not even do anything with that information.” While there’s likely a channel set up to share information more widely, she says “it may just be a place for this information to go and die.”

“I imagine when he got the call,” McQuade says of Brady, “he was not happy to receive it. I’m sure there are thousands of other cases he’d rather be spending his time on than this. It’s fraught with peril, and political.”

This is not the first time the Department of Justice has outsourced politically sensitive investigations to US attorneys outside of DC. Beyond former Attorney General Jeff Sessions’ tasking of Huber to reexamine the FBI’s investigation into alleged corruption within the Clinton Foundation, in 2019, Barr assigned John Durham, the US attorney in Connecticut, to investigate the origins of the FBI’s investigation of Russian meddling in the 2016 US elections. His findings have yet to be released.