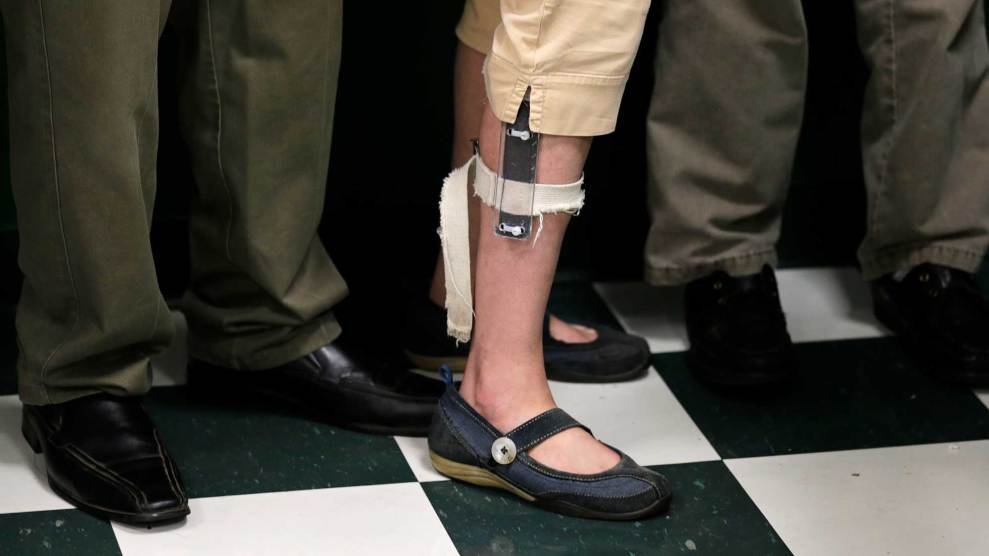 The Food and Drug Administration formally banned the controversial use of electric shock devices on students being treated for behavioral issues this week, putting an end to a method that many experts—and victims—called cruel and ineffective. The practice, which was detailed in an exposé by Mother Jones in 2007, was no longer practiced widely around the country. But one institution still favored it: Officials at the Judge Rotenberg Education Center, a residential school for people with mental disabilities in Canton, Mass., continued to use the treatment.

In announcing the ban on the instruments, known as electrical stimulation devices (ESDs), the FDA itself noted the relative rarity of such bans on medical devices. But William Maisel, the head of the FDA’s medical device unit, explained what made this ban worth it: “Through advancements in medical science, there are now more treatment options available to reduce or stop self-injurious or aggressive behavior, thus avoiding the substantial risk ESDs present,” he said in a press statement.

The Judge Rotenberg Education Center, billed as a school of last resort for individuals with behavioral disorders, still consistently used ESDs on 55 adult students, according to the New York Times. The shock treatment entailed forcing students to wear backpacks with heavy batteries attached to wires that led to their abdomen or legs and were controlled by school staff. In theory, the devices allowed staffers to deliver two-second long shocks, described by the school as similar to a bee sting, to the students when they exhibited inappropriate behaviors. But critics, like former students and their families, say that the shocks are in fact deeply painful, and many of the students have limited verbal ability, making it difficult to gauge the extent of their suffering. Previously, the the school used the therapy on children as young as nine years old.

One former student told Mother Jones that he received the therapy at Judge Rotenberg for minor infractions like swearing, and that he was even shocked repeatedly while restrained and unable to see the staff member applying the shocks.

According to the New York Times, some parents still defend the practice because they view the therapy as a breakthrough for their children who had previously been unreachable. But the overwhelming consensus among experts on behavioral therapy was that the treatment was, at best, ineffective. A 2013 report by the United Nations special rapporteur on torture determined that the school’s use of the therapy violated the rights of students under international torture conventions.

The fight to ban the therapy has been dragging along for more than a decade. In 2014, an FDA advisory panel recommended banning the practice, but the school and its supporters have fought back. Since 2010, the school has spent more than $431,000 lobbying in Washington, in an effort to sway the FDA’s rule making on the shock devices and prevent legislation aimed at prohibiting the kind of aversion therapy the school practiced. The school has said it will appeal the FDA’s decision.