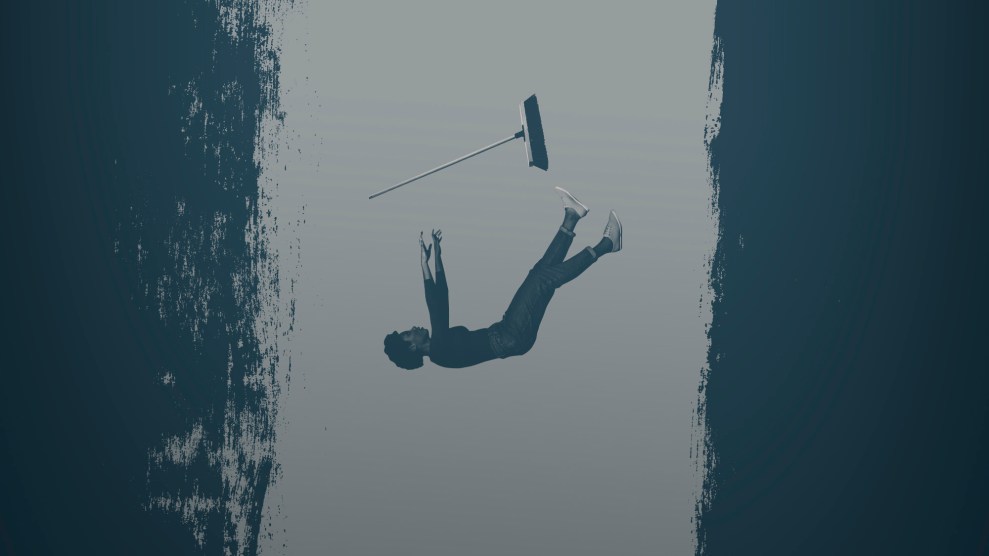 Ingrid Vaca used to start her workday at 6 a.m. in her small apartment in Northern Virginia. She’d put her paper towels, sponges, and sprays in a backpack and her vacuum cleaner in a garbage bag, and take them to Washington, DC, where she cleaned people’s homes.

Vaca had 15 regular clients whom she’d known for years. For more than a decade, she told me over a video call in Spanish last week, she did much more than simply clean their houses. “We take care of their children and their elderly with all of our love, we clean their homes and cook their food,” Vaca said. “I’ve been a Spanish teacher for some of their kids. I’ve helped older people learn to walk again after getting injured. What haven’t I done?”

Originally from Bolivia, the 57-year-old Vaca is always checking the news on her phone and on TV, so she knew about how hard the coronavirus had hit China. But it wasn’t until early March that she learned of it spreading in the United States. Even then, she didn’t think her clients would cancel—until the texts started coming in.

“I’ve been a Spanish teacher for some of their kids. I’ve helped older people learn to walk again after getting injured. What haven’t I done?”

On a Monday morning in early March, while she was cleaning the apartment of one client, another client wrote: “Ingrid, I’m not going to leave my house for the whole month of March so I have to ask you not to come. I’ll give you the April schedule later.” Unaware of how the coronavirus pandemic would change our daily lives, she went online that night and posted on Facebook that she couldn’t believe the client had canceled for the whole month.

That first message was just the beginning, though. One by one her clients texted her with cancellations. One woman told Vaca to stop by to pick up $300 cash, which she put in an envelope and slid through a small opening in her front door. Two other clients gave her $100 after they canceled for the month. The rest, however, didn’t pay her; in fact, Vaca said, they stopped communicating after telling her not to come back.

“One man fired me because he told me he didn’t have any money to pay me anymore, and I worked for him for 15 years,” Vaca said, her voice starting to shake. “I tried to not let it get to me, but it made me feel like a used rag that was just thrown in the trash.”

Vaca came to the United States from Bolivia as an undocumented immigrant 20 years ago. Ever since she arrived, she’s been one of the estimated 4.6 million workers who pay taxes through what is known as an Individual Taxpayer Identification Number, which undocumented workers use in lieu of a Social Security number. Vaca said she wanted to let the US government know that she respected the laws of this country and that if the opportunity to get legal status ever came up, they’d know she had tried to do things by the books.

That’s why the details of the Trump administration’s coronavirus stimulus package stung so badly. To help the nearly 10 million people who have filed for unemployment benefits and the countless industries that are on the brink of collapse, Congress passed a $2 trillion plan to send money to American business owners, corporations, and local governments, as well as one-time cash payments to individual households. Undocumented people, however, are not eligible for the federal stimulus check.

“We have billions and billions in Social Security that undocumented tax-paying workers have contributed,” said Haeyoung Yoon, senior director of immigration policy at the National Domestic Workers Alliance (NDWA). “The fact that they’re not benefiting from what they put into the system, especially in this time of need, is really unfair.”

“I tried to not let it get to me, but it made me feel like a used rag that was just thrown in the trash.”

The NWDA set up an emergency fund to give struggling care workers, nannies, and house cleaners a $400 prepaid card during this pandemic. Vaca told me she’s grateful for the help but wishes she could use it for rent, which costs her more than $1,500 a month. “Rent is what I’m worried about the most,” she said. “If I eat, great; if I don’t, I’ll live. But I’ve never been late on bills or never not paid rent.”

Yoon has been working with other organizations to push Congress to include tax-paying undocumented families in the next relief package. On April 3, Rep. Lou Correa (D-Calif.) and about 50 co-sponsors introduced a bill that would make ITIN taxpayers eligible for the $1,200 relief checks from the federal relief package. The progressive sponsors of the Leave No Taxpayer Behind include Rep. Raúl Grijalva (D-Ariz.), who told me that the original House bill included workers who paid taxes with ITINs, but Republicans removed them from the measure.

“It’s offensive on so many levels,” Grijalva said. “It’s in our best interest that people who work and pay taxes also receive financial support to keep their lives together during this period.” Grijalva acknowledged that getting support from Republicans will be difficult, but he hopes that the legislation keeps people like Vaca from getting left out of the next relief package.

For now, though, all Vaca can do is wait. She told me that years ago she could clean three or four houses in one day, but her body can’t handle that anymore. She has fibromyalgia and arthritis from kneeling down so much over the past two decades. She doesn’t have health insurance and hasn’t seen a doctor for most of her aches. Meanwhile, her two sons are in their twenties, and one of them lives with her. They’re still working and commuting to DC, although their hours have been significantly cut, and Vaca worries that they could be exposed to the coronavirus and eventually get her sick, too.

Vaca understands that her line of work could put her and her clients at risk, but she’s been growing desperate at home, constantly worrying. She’s concerned about her mental health. She’s also stressed about her elderly mother in Bolivia because she can no longer send her money while out of work. In the hour or so that we spoke over video chat, she broke down in tears multiple times.

“When they need us, they use us, but when we need them to help us, we become invisible. We’re invisible, and it’s not fair.”

At one point during our conversation, she pointed to a window near her kitchen table and told me that she often sits out on the balcony for hours, just staring at cars going by. “I wish I could go out and look for work,” she said. “There are people who are working from home, and I wish I could do that too.” She considered making food to sell but then figured it’d be hard to make any money doing that in the middle of a pandemic.

Vaca has been in touch with other domestic workers in similar situations in the East Coast who are also part of the NDWA. Many have had clients put their services on hold, but others have been let go. “I’ve given so much to this country—we’re just asking for a little bit back,” Vaca told me as she wiped tears from her face. “When they need us, they use us, but when we need them to help us, we become invisible. We’re invisible, and it’s not fair. We can’t live like this.”