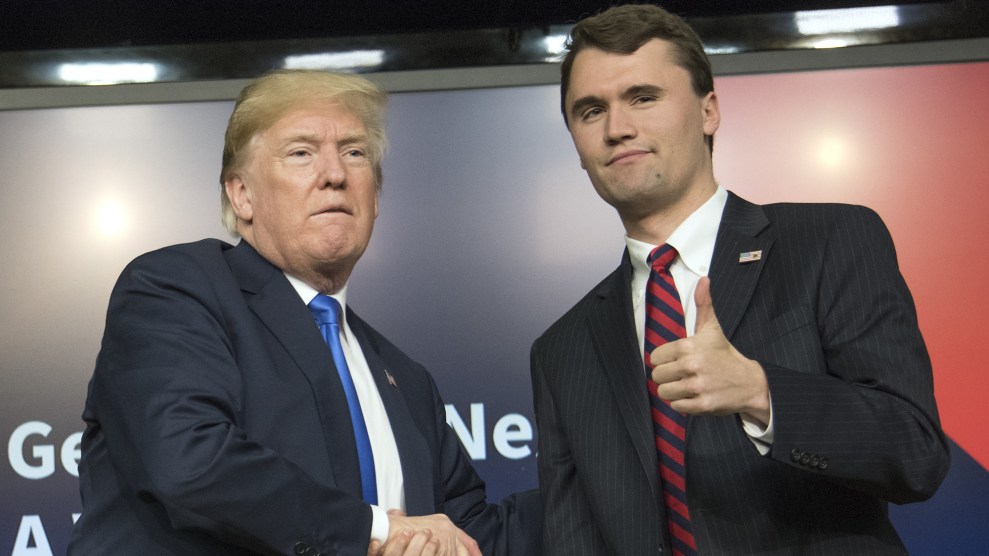 Since 2012, student group Turning Point USA has made a name for itself for campus protest spectacles, harassing liberal groups, outing progressive professors and churning out endless memes about how “Big government sucks.” Now, in its pro-Trump incarnation and in keeping with its anti-government philosophy, the group has magnanimously decided to forgo the $1.2 million it says it’s eligible to receive through the federal Paycheck Protection Program, which provides forgivable loans to small businesses that keep employees on the payroll. “Today we are announcing we are rejecting any and all taxpayer aid and staying completely independent. To accept this money would be to contradict every core belief we have at Turning Point USA,” founder Charlie Kirk said in a press release. “Big government still sucks.”

At @TPUSA we are announcing today we are rejecting a potential $1.2M in forgivable loans from the US taxpayer

We proudly remain independent & stronger than ever

Of course, it’s easy to pass up government aid when your $10 million budget comes mostly from conservative billionaires and the oil and gas industry. Those donations fund the group’s network of campus activists and student training events, which have included leadership conferences at the White House, attended by President Trump himself. Most of the money comes from very rich conservative donors, people such as GOP megadonor Foster Freiss who put up the initial seed money for the group during the Obama administration; the foundation of Home Depot owner Bernard Marcus, and the in-laws of Education Secretary Betsy DeVos. The billionaire class tends to be recession-proof, even during a pandemic.

Kirk opposes most of the federal spending packages passed by Congress because he thinks they’re wasteful, they raise the deficit, and worst of all, they show that the country could, in fact, afford to pay for Medicare for All. The best stimulus for middle-American small business, he explained recently on a “Quarantined Chat” with the Daily Wire’s Michael Knowles, “is the green light to go back to work.” Kirk has been urging young Trump supporters to foment “peaceful rebellion against governors” of states like Wisconsin and Michigan to oppose stay-at-home orders and perceived government efforts to encroach on their rights. Such protests are likely to keep the conservative donations rolling in, even as the rest of the economy tanks. Nonetheless, Kirk made sure to frame his decision to forgo federal assistance as a kind of patriotic sacrifice that will have the added benefit of helping the group better own the libs down the road.

“We want to ensure other patriotic small businesses continue to have access to the funds. In the weeks and months to come, if we see great American businesses shutter while left-wing activist organizations get funded, this decision will allow us to be a voice that can hold them accountable,” he said. “We will just have to work twice as hard to make up any shortfalls we might experience, but we are proud to be privately and independently funded, and we will remain that way in perpetuity.”