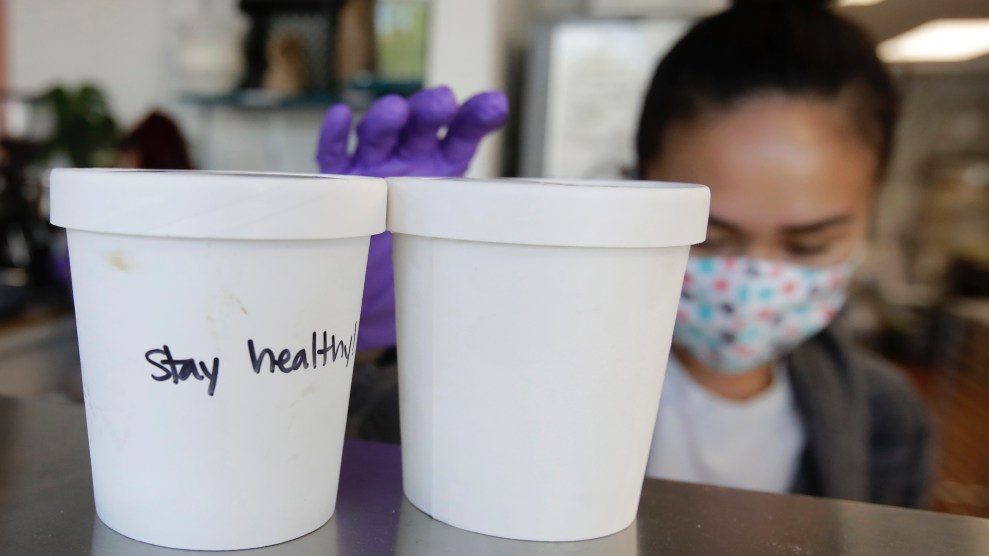 A fund Congress created to help rescue small businesses initially struggled to deliver relief to hurting firms. Now that it’s been replenished, the strict rules and confusing guidance surrounding the fund’s loans has stopped many recipient businesses from spending them, according to a new story from the New York Times.

For weeks, small businesses expressed outrage over the Paycheck Protection Program, which grants forgivable loans to businesses with fewer than 500 employees facing dire economic straits in a pandemic-induced depression. The initial $350 billion Congress set aside for the program—which covers two month’s worth of payroll, rent, and utility expenses—ran out in just two days as bigger, well-connected firms, such as Ruth’s Chris Steak House and Potbelly’s, hustled to secure large sums. Many larger businesses, such as Shake Shack and the Los Angeles Lakers, returned their loans amidst the backlash.

Congress added an additional $310 billion the program last month, but, as the Times details, the loans haven’t been enough to keep businesses solvent and employees on the job. George Evageliou, who owns a woodworking company in Brooklyn, told the Times that the federal government made the program  “so hard to use,” and that it’s “start[ing] to feel like a lose-lose situation.” Much of that stems from terms of the loan: It can be forgiven only if a firm hires back three-quarters of its employees and spends the whole sum within eight weeks of receiving it. With a sluggish economy with few signs of recovery and some states pushing their shelter-in-place orders into June, many employers suspect they’ll just have to lay off their employees again after the two months run out.

Business owners are also afraid of not clearly following the rules of the program, which are “complicated, ambiguous, and evolving,” says the Times. The Small Business Association, which administers the loans, has been continuous updating loan guidance beyond the terms laid out in the CARES Act, the legislation that created the program. “I don’t accidentally want to commit bank fraud,” Jodi Burns, the owner of a donut shop in Guilford, Conn., told the Times.

The result, the Times concludes, is that “many of the small businesses that did get loans are sitting on the money, unsure about whether and how to spend it,” and, in turn, “compromising the effectiveness of a program meant to help stabilize the country’s reeling economy.”

In the piece, business owners say they wish the program allowed them more flexibility to use the money on protective equipment for their workers, tweak their business model to make it more pandemic friendly, or spend the sum closer to the expected reopening dates in their states.