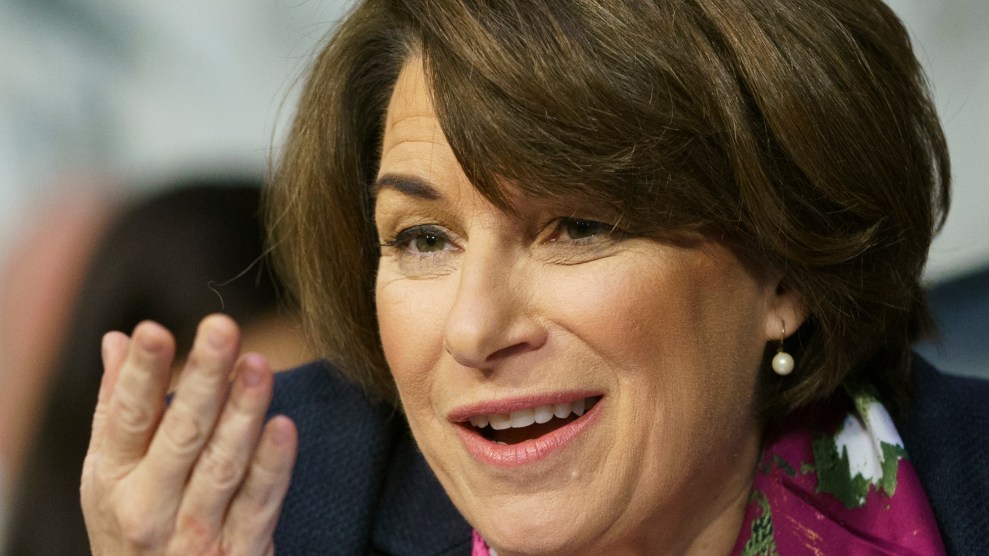 When former Deputy Attorney General Rod Rosenstein testified before the Senate Judiciary Committee Wednesday, Republicans launched attack after attack on special counsel Robert Mueller, whose investigation Rosenstein had overseen. But none of the lawmakers went nearly as deep into right-wing fantasyland as Ted Cruz (R-Texas). Cruz invoked President Donald Trump’s invented claim that President Barack Obama was personally involved in ginning up an investigative witch-hunt into Trump’s 2016 campaign. He then alleged that Obama, rather than Trump, was guilty of abuses worse than Watergate. “What the Obama-Biden administration did in 2016-2017 makes everything Richard Nixon even contemplated pale in comparison,” Cruz said.

Cruz was trying to reinforce Trump’s effort to construct an alternative reality in which the current president’s abuses—including his campaign’s effort to benefit from Russian election interference and his attempt to pressure Ukraine’s president to announce a baseless investigation of Joe Biden—are somehow less serious than the imagined transgressions of his predecessor.

These claims are false. But allegations like Cruz’s are so baseless, so divorced from the reality that exists outside Fox News and conservative news sites, that many other senators simply ignore them. Sen. Amy Klobuchar (D-Minn.)— perhaps because she hopes to be Biden’s running mate—didn’t do that Wednesday, however. Instead, she railed against the hearing itself, portraying it as an “absurd” distraction from more important legislative priorities, including the coronavirus pandemic. Then she blasted Cruz’s remarks.

“We could also be doing so many other things on the pandemic, on the effect that the pandemic has had on immigration policy,” Klobuchnar said. “But we are here today. I thought that was absurd. But then I heard Senator Cruz. And I have to say, to compare Richard Nixon to Barack Obama, Richard Nixon, who left the White House in disgrace, to compare him with President Obama, who left the White House with grace and with dignity, something we’ve missed very much, especially this week, when we saw the President of the United States using the Bible as a prop in front of a church in Washington, DC, after the Justice Department tear-gassed peaceful protestors in order to set the stage for that press conference, no.”

“I would like the record to reflect that this comparison is not only wrong today, between Richard Nixon and Barack Obama, it will never stand the test of time.”

Cruz, who CSpan showed sipping coffee as Klobuchar spoke, did not respond.