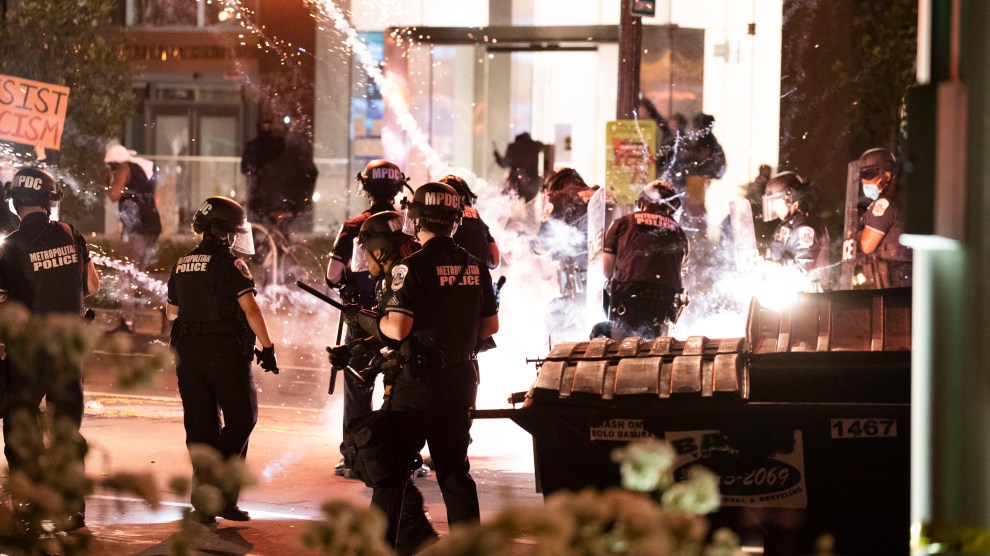 On Tuesday, federal law enforcement officials gassed peaceful protesters so President Donald Trump could have a photo op. The crackdown in Washington’s Lafeyette Park earned widespread condemnation, including from former chairman of the Joint Chiefs of Staff Mike Mullen and from the bishop of the Episcopal Diocese of Washington, but the bizarre photo op which followed, during which the president wielded someone else’s Bible as a prop (“Is that your Bible?” “It’s a Bible.”) made some Christians happy as clams.

I don’t know about you but I’ll take a president with a Bible in his hand in front of a church over far left violent radicals setting a church on fire any day of the week. @POTUS @realDonaldTrump @WhiteHouse #StJohnsChurch pic.twitter.com/84uZf6GAme

And Republicans? Well, for the most part, they either loved the whole show, or have never heard of Donald Trump but would like everyone to know that The Left Is Bad.

Sen. Ted Cruz (R-Texas) thinks the only abuse of power came from the protesters (who were exercising their First Amendment rights to free assembly). Senate Majority Leader Mitch McConnell refused, as usual, to critique the president. Sen. Mike Lee (R-Utah) mustered up, “Violence is scary.”

I asked Sen. McConnell if President Trump’s leadership was right for this moment. “I’m not going to critique other people’s performances,” he said.

Sen. Lisa Murkowski (R-Alaska) issued a lukewarm condemnation, saying last night’s events were “not the America that I know.”

Sen. Chuck Grassley (R-Iowa) defended the president’s actions, telling CNN that it would be “okay” to use force against the protesters if police expected even five percent of them to be violent. In a tweet, Sen. Marco Rubio (R-Fla.) called protesters “professional agitators” who intentionally stayed out past curfew to “trigger police action.”

GOP Sen. @BenSasse: “I’m against clearing out a peaceful protest for a photo op that treats the Word of God as a political prop”

“To Trump, the Bible and the church are not symbols of faith, The Atlantic’s McKay Coppins wrote of the incident. “They are weapons of culture war.”

Tear gas is also one of those weapons. And Senate Republicans apparently wouldn’t have it any other way.