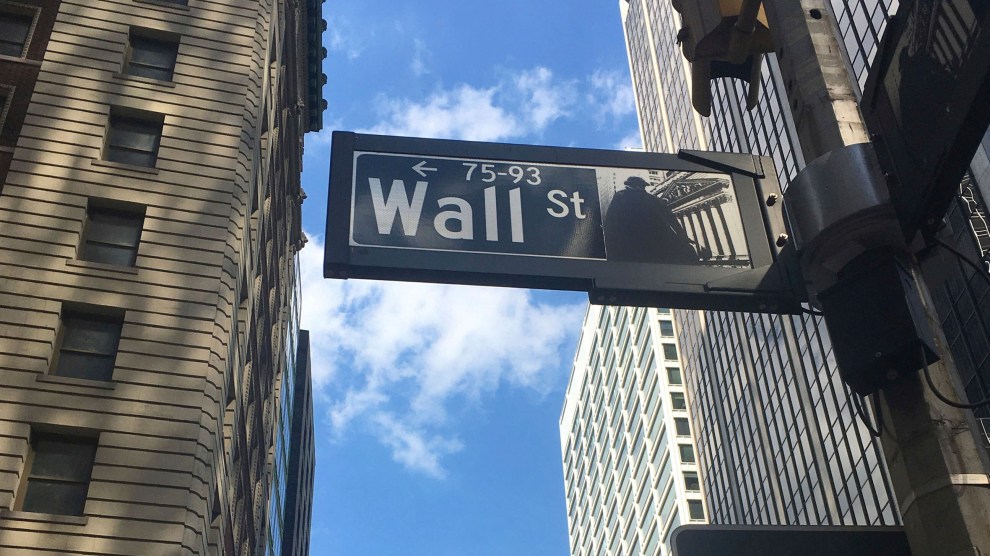 On Thursday, five federal regulatory agencies voted to roll back a key financial rule enacted following the 2008 financial crisis. The change will make it easier for banks to invest in venture capital and will tweak some restrictions on bank investing in hedge funds and private equity—all forms of riskier investing that Congress limited after 2010.

The revised rule will also shrink the financial cushion that banks are required to keep on hand during certain types of derivatives trading. This particular change could free up an estimated $40 billion of capital for banks to trade with.

Sheila Bair, who served as chairman of the Federal Deposit Insurance Corporation during the financial crisis, told CNBC that she believes the changes are “ill-advised” because “that $40 billion that will no longer be in banks to protect them” will expose the government to more risk.

Called the Volcker rule, the original version of this regulation has long been one of the most controversial parts of the Dodd-Frank Act, a sweeping package of Wall Street reforms enacted after the 2008 crisis and the bailout that stabilized the financial system in its wake. Dodd-Frank’s goal was to prevent future taxpayer-funded bailouts, by cracking down on the riskier investing practices by banks that precipitated the crisis, and pushing them to better insulate themselves financially for economic downturns.

Since the start of his presidency, Trump has been vocal about his desire to undo Obama-era financial regulations. And his administration has already made a number of such changes, including signing a bill that rolled back parts of Dodd-Frank, and paving the way to undo the fiduciary rule, which requires financial advisers to act in the best interest of their clients. This latest roll back of the Volcker Rule is consistent with the administration’s commitment to financial deregulation.

When proposing this rule change in January, the five regulatory agencies said that the original Volcker rule had led to confusion and restricted bank activity that it was never meant to cut off. The goal of these changes, they said, was to streamline the rules around investing in what are known as “covered funds”—hedge funds, private equity, and similar firms—to allow for some lower-risk activity.

But as the economic crisis wrought by the Coronavirus pandemic continues, some current and former financial regulators see the loosening of this regulation as potentially increasing risk in the financial system at a time when there is little room for big losses, given the trillions in government spending on pandemic relief to households and businesses and record-high unemployment.

Rostin Behnam, a commissioner on the Commodities Futures Trading Commission, issued a statement of dissent, voicing his opposition to his colleagues’ decision.

“As the tenth anniversary of the Dodd-Frank Act sadly coincides with a different kind of crisis, I think it is critical to take a hard look at how far we have come in ten years, and how well markets have adapted to carefully crafted policy intended to create a more resilient financial system,” he wrote. “Chipping away, particularly at a time of great uncertainty, risks a reversion to the past.”

In his statement, Behnam also quotes a letter from the late Paul Volcker, the former Federal Reserve chairman who championed the eponymous rule. Several months before his death in December 2019, when regulators began floating these changes to the rule, Volcker penned a letter to Federal Reserve chairman Jerome Powell warning of the consequences should the administration make the proposed change.

“The new rule amplifies risk in the financial system, increases moral hazard and erodes protections against conflicts of interest that were so glaringly on display during the last crisis,” wrote Volcker.