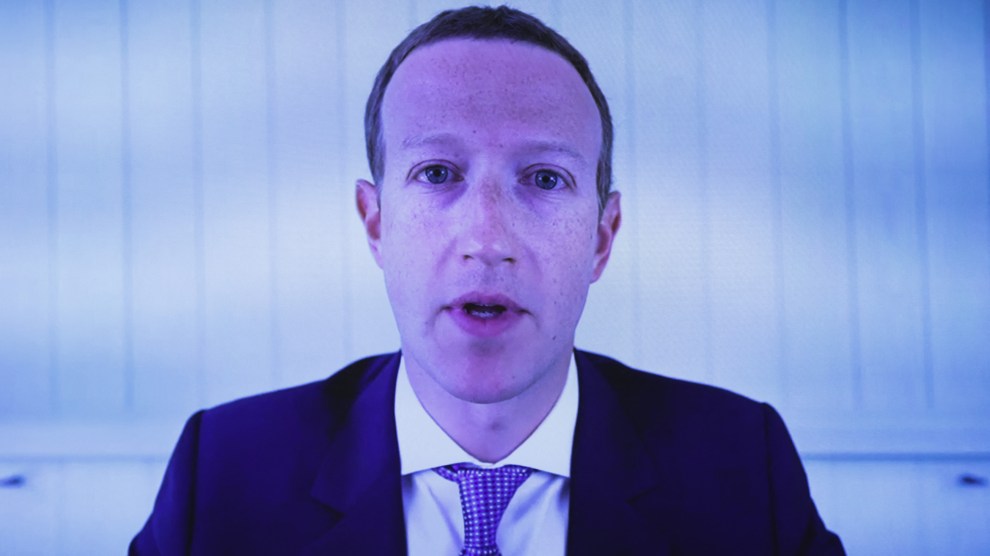 Facebook employees are furious after the company announced a new rule on Thursday prohibiting them from using their profile pictures to display political messages.

The new rule bars certain kinds of profile pictures on Workplace, a private version of Facebook for internal use among company employees. The full text of the rule was shared with Mother Jones:

Personal expression is a valuable part of our culture, and our hope is to preserve the ability for you to share your thoughts on different issues, including social issues, in moderated groups or within the space of your own profile. However, that doesn’t mean you should broadcast your beliefs into all of your work interactions without any context. Profile pictures are meant to be a tool to help us identify who we’re speaking to online. Some people are using it to express support for a social, political, or personal cause—which doesn’t give colleagues the choice to opt-in to that personal expression—so we’re going to require everyone to use a photo of themselves or the default of their initials as their profile picture and ask people to express their support for causes on their profile or appropriate group. Workplace has profile photo frames that will still be available to express ally ship and identity, particularly around FRBG [Facebook Resource Business Group] related initiatives like Pride, Black History Month, and Latinx and Hispanic Heritage Month, but you won’t be able to create your own frames.

“What happens when we go back to the office? Will my appearance have to be neutral and ‘not include clothing, signage or language that are connected to a social or political issue’?” one employee wrote, quoting a clarification of the new rule by a member of Facebook’s internal communications team. “This policy is asking to be broken.”

“It’s never been a better time to unionize,” another chimed in.

The move comes after a summer of frustration for employees. In August, Buzzfeed News reported that employees were upset that the company had refused to delete the event page of a right-wing militia group planning to attend a Black Lives Matter protest in Kenosha, Wisconsin. Kyle Rittenhouse ended up fatally shooting two protestors at the event.

Facebook employees have also expressed their frustration over the company’s inaction on posts by Donald Trump, including a misleading one about mail-in voting, as reported by BuzzFeed News.

“We deeply value expression, open discussion, and a company culture built on respect and inclusivity,” Joe Osborne, a Facebook spokesman, said in a statement. “What we have heard from our employees is that they want the option to join debates on social and political issues rather than see them unexpectedly in their work feed. So we’re updating our policies and work tools to make sure our people have both voice, and choice.”