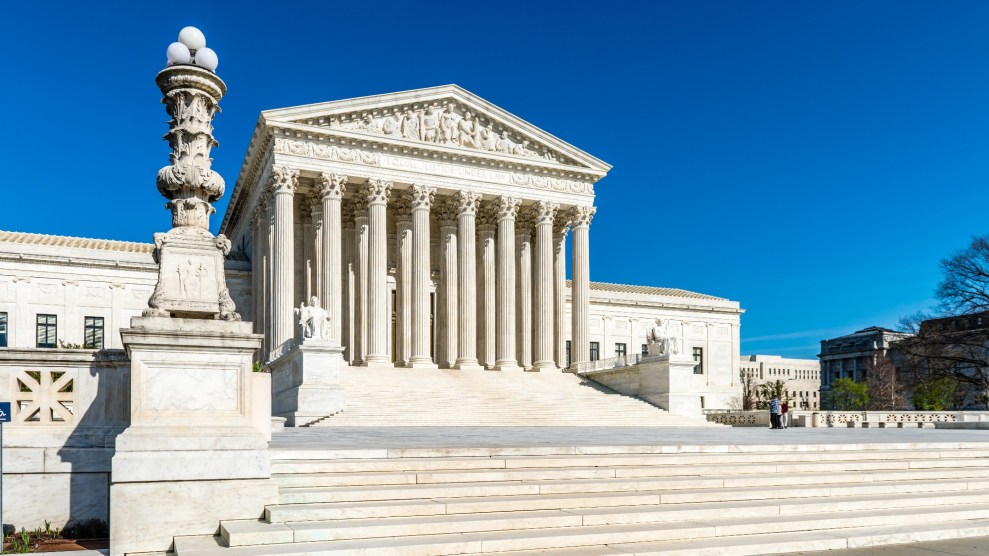 Amy Coney Barrett’s confirmation to the Supreme Court could upend precedent on key social issues, from abortion access to LGBTQ rights and access to health care. But the elevation of the 48-year-old judge and creation of a long-term conservative majority would also have enormous implications for the financial well-being of many Americans—and for the ability of the federal government to fight effectively on behalf of consumers.

Barrett would solidify the most conservative Supreme Court bench since at least 1950, at a particularly volatile moment for the economy and the household finances of many Americans. As the economy begins a long, slow arc of recovery from the COVID crisis, the next Supreme Court term already has a number of cases on its docket that will pit the interests of corporations against those of consumers.

“An ideologically aligned conservative 6–3 majority is going to have the opportunity to turn back the clock, not just a decade, but maybe as much as a century on some of the most fundamental economic and financial rights that Americans have,” says Dennis Kelleher, the co-founder and president of Better Markets, a Wall Street reform nonprofit.

Barrett has served on the 7th Circuit Court of Appeals for just three years, so her record on questions of financial regulation is not extensive. But her rulings show a pattern of siding with corporations at the expense of consumers or workers. An analysis from the left-leaning watchdog Accountable.Us found that in 32 cases that came before her on the 7th Circuit where consumers accused a business of mistreatment, Barrett sided with companies 78 percent of the time.

This summer, for instance, Barrett authored a decision against a group of Grubhub drivers who had accused the food delivery company of failing to pay them overtime. The decision required them to take their claims to private arbitration, finding that the drivers didn’t qualify for an exemption that would have allowed them to pursue their case in the courts. In a different case this summer, Barrett wrote another decision rejecting a claim to overtime pay, this one from a group of Wisconsin truck drivers.

In a 2019 case, Judge Barrett ruled against a woman who’d sued a debt collector for withholding information about how to dispute her debt. Barrett’s decision found that the woman hadn’t suffered enough harm from the debt collector’s conduct, and thus that the woman didn’t have standing to bring the case. Several of Barrett’s colleagues on the court, including a George H.W. Bush appointee, wrote a dissent in the case, calling Barrett’s decision “troublesome” and noting that it “will make it much more difficult for consumers to enforce the protections against abusive debt collection practices.”

Kelleher and other court-watchers also worry about what a 6-3 conservative majority on the court would mean for the ability of the federal government to regulate financial institutions on behalf of consumers. At issue is a doctrine called “Chevron deference,” stemming from a 1984 Supreme Court decision that gave federal regulatory bodies broad discretion in interpreting the congressional legislation that they’re in charge of enforcing. The reasoning is that these agencies hold more specialized expertise than judges do when it comes to determining what makes for thoughtful regulation in their designated regulatory jurisdiction. Chevron requires that judges assess whether a particular statute is ambiguous, and if it is, to defer to the agency’s interpretation of the law, provided it’s reasonable.

Though initially beloved by conservatives who saw Chevron as a check on liberal activist judges, the precedent has over the last decade become a target of conservatives and pro-business interests. In their view, the doctrine gives the executive branch too much power, and judges too little, in determining how agencies should regulate in the public interest.

Chevron has featured prominently in Supreme Court cases about major policies like the Affordable Care Act and the Obama administration’s net neutrality rule. When the Supreme Court has rejected Chevron, the consequences are significant: In 2015, the court struck down the Obama administration’s limits on mercury pollution from power plants, in part by refusing to apply Chevron. In 2018, it rejected the Securities and Exchange Commission’s interpretation of a rule passed after the 2008 financial crisis, narrowing safeguards against retaliation for whistleblowers who flag financial misconduct inside their companies.

In 2016 and 2017, House Republicans introduced legislation that would have ended Chevron deference, and the pro-business US Chamber of Commerce has made a point of backing judicial nominees who are vocal in their hostility towards Chevron—including Trump’s first two Supreme Court appointees, Brett Kavanaugh and Neil Gorsuch.

Barrett has not made her views on Chevron explicit, but she is also backed by the Chamber of Commerce. Some scholars note that Barrett’s commitment to textualism—a strictly literal reading of the law—may make her less likely to give deference to the interpretations of regulators.

“If you get this 6-3 conservative majority ruling cohesively, it will have a broad impact on every single American,” says Kelleher. “Each one of those agencies is going to have their ability to protect the health, wealth, safety and well-being of Americans substantially cut back.”

This result could become apparent in Barrett’s first Supreme Court term, which will include several cases pitting consumer rights against business interests. Here’s what’s at stake:

The power of financial regulators: Last year, the Supreme Court rejected the way the Consumer Financial Protection Bureau—the Wall Street watchdog created after the 2008 financial crisis—is structured and weakened the agency’s independence in the process. A case before the court this term seeks to strike down the similar structure of the Federal Housing Finance Agency, which has, since the financial crisis, been charged with overseeing major housing finance players, including Fannie Mae and Freddie Mac.

Mandatory arbitration: For years, businesses have sought to limit the situations in which customers can take them to court, instead forcing them into arbitration proceedings which are conducted outside public view. This term, the Supreme Court will determine how expansive companies’ power is to push people into arbitration in a case involving a dental supply company accused of price fixing. The decision in the case could have broad implications for the rights of people and companies to pursue claims against businesses in the courts in the future.

Spam texting: Another case will decide whether Facebook should face robocalling fines for sending unsolicited texts to users.

Liability for human rights violations abroad: The court will decide whether Cargill and Nestle abetted the use of child slave labor on cocoa farms in Ivory Coast. The decision will determine the extent to which major corporations can be held liable for human rights abuses abroad.