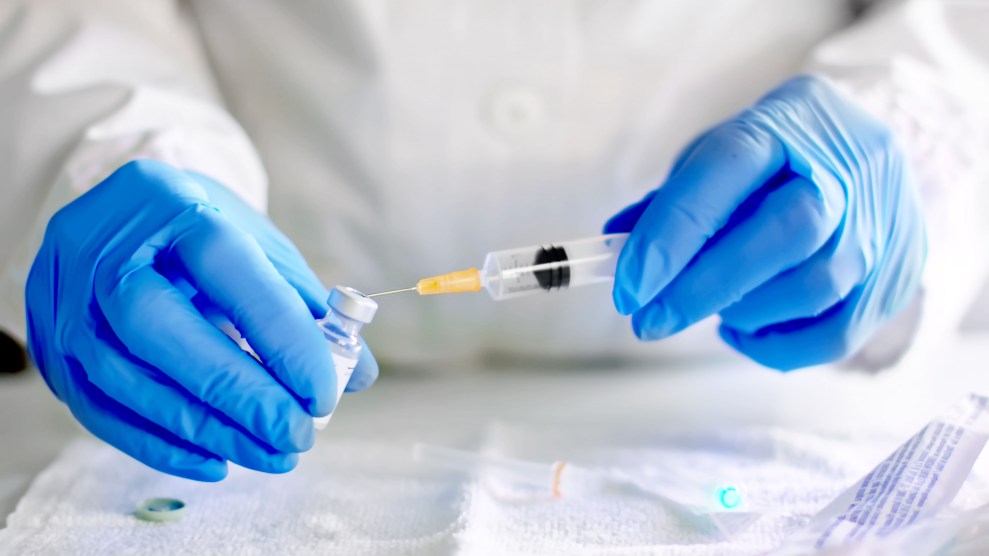 Yesterday, Facebook announced that it would no longer run anti-vaccine ads, part of a new policy to stop the spread of health misinformation amidst the pandemic and the country’s divisive political landscape. The public health community hailed this as a partial success—they say the platform still hasn’t addressed the problem of rampant misinformation in its anti-vaccine groups.

But there’s another problem: Pro-vaccine groups still have to jump through extra bureaucratic hurdles to run their ads. What’s more, one of the oldest and most prominent immunization advocacy groups, Vaccinate Your Family, can’t seem to get the platform to fix a simple problem on its page that enables comments and discussion.

Six months later, Vaccinate Your Family’s Facebook comments are still turned off. “They just tell me they’re working on it,” says the executive director.

“We really promote discourse on our page, and we think people should ask questions about vaccines,” says Amy Pisani, executive director of Vaccinate Your Family. “Now seems like a terrible time to shut down that discourse.”

Back in May, Pisani, who has worked on public health issues affecting children since 1996, noticed something peculiar: No one seemed to be commenting on the groups’ Facebook page. Suddenly, the group’s 200,000 followers—who have engaged in interesting discussions and networking in the comments ever since the group established its Facebook presence a decade ago—were oddly silent. Pisani was skeptical. It didn’t seem likely that every single person in the group had all of a suddenly clammed up. After a few tests, she determined that Facebook had abruptly changed the group’s settings so that no one could comment.

Figuring it was a simple mistake that could be easily reversed, Pisani reached out to Facebook and asked what had happened. She was surprised when Facebook groups coordinators responded that they didn’t know, but that they would work to make sure it would be resolved swiftly. Now, six months later, after Pisani’s team contacted Facebook every week to resolve the problem, the comments are still turned off. “They just tell me they’re working on it,” she says. When I contacted Facebook to ask about the problem, a spokesperson told me she would look into it but never got back to me—even after I followed up several times.

Meanwhile, anti-vaccine groups’ comments seem to be entirely open. I checked about a dozen of the groups that I follow, and all of them in the last few days had posted comments—many of which promoted wild conspiracy theories about vaccines, such as accusing Bill Gates of inserting microchips into shots to track Americans.

Other pro-vaccine groups don’t seem to be having the same problem with comments. But the glitch still has major implications. Founded in 1991, Vaccinate Your Family is considered an important hub of information. I’ve been reporting on vaccine hesitancy for years, and epidemiologists and infectious diseases specialists have referred me to Vaccinate Your Family dozens of times. The comments provide an opportunity for members of the public to share information, ask questions, and organize vaccine advocacy efforts in their communities.

The comments problem isn’t the only hurdle Vaccinate Your Family has encountered with Facebook. Last year, when the group launched a campaign based on scientific evidence about how vaccines prevent deadly diseases, Facebook rejected the ads. When Pisani asked why, Facebook informed her that her ads were subject to guidelines for ads that were “about social issues, elections or politics” rather than public health—which created an entirely different set of requirements for those who posted them. Pisani had to submit her personal information—her drivers’ license and her home address—in order to run the ads, which then still would be subject to extra scrutiny. Unlike the comments problem, this policy applies to all pro-vaccine groups, not just Vaccinate Your Family. And yet, people who advertise personal health products—say, for example, essential oils and vitamins—don’t have to jump through all those hoops. “It just doesn’t seem fair to penalize groups that are providing a public health service,” Pisani says.

Indeed, with these rules, Facebook seems to be taking the position that posts from Vaccinate Your Family are opinions about a controversial topic, rather than science-based public health information. Evidence overwhelmingly supports routine vaccination. Without this important tool, public health experts warn, we could quickly return to the era when communicable diseases like measles and whooping cough killed people.

Pisani is still waiting for answers from Facebook on why Vaccinate Your Family’s comments were turned off. In the meantime, she worries that people who find her group will not be able to ask questions or connect with others. It’s a bad time to limit information about vaccines: Since the beginning of the pandemic, rates of routine childhood vaccination have declined precipitously. Meanwhile, anti-vaccine groups on Facebook have combined with anti-mask activists, spreading their ideas to new communities.

Amidst the unprecedented undermining of trust in public health science in the leadup to the release of vaccines for COVID-19, reliable information about vaccines has never been more important, says Pisani. “We spend our lives fighting disinformation.”