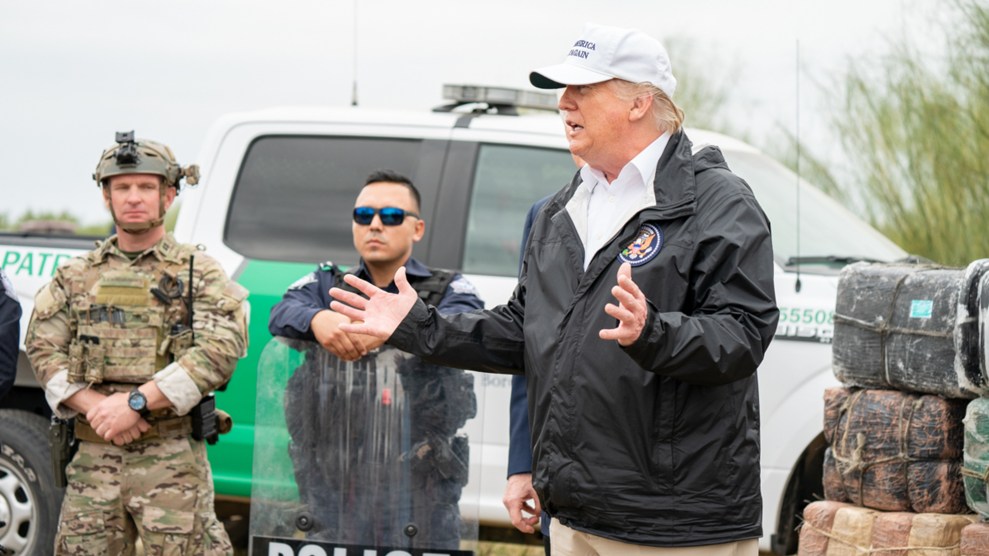 President Trump’s planned visit to South Texas on Tuesday has, perhaps not surprisingly, raised the hackles of the region’s civil rights and immigration activists. “There is no official purpose for him to come here now, at a time when Congress has filed articles of impeachment for a second time, on the heels of unbelievable threats to our democracy at his instigation,” noted a joint statement from a collection of local grassroots organizations, which urged elected officials to condemn his visit.

Norma Herrera, a member of the No Border Wall Coalition, one of the groups discouraging the visit, said many residents are still processing the Capitol riot last week and are concerned Trump’s visit will be a threat to public safety.

As “the reality of this situation and the events of last week started sinking in, I realized this could be a truly dangerous thing for us,” Herrera said. “And then we started hearing rumblings on social media from Trump supporters about their plans to come down here, and folks who are down here to mobilize for him. So the prospect of some sort of confrontation and some sort of violent situation became very real.”

Over the weekend, Rep. Joaquin Castro (D-Texas) called on Trump to cancel his trip.

Trump should not visit the Rio Grande Valley in Texas this week.

After inciting a deadly insurrection at the U.S. Capitol, he’s done enough damage—and COVID is out of control.

All Trump can think about is himself, but we’re in desperate need of more vaccines and new leadership.

The planned trip to Alamo, Texas, will mark Trump’s second visit to the Rio Grande Valley. He visited McAllen in 2019, during a partial government shutdown. Herrera and others are holding a demonstration in the city of San Juan. The president was expected to visit the neighboring city of Alamo, but city officials stated they had not been officially contacted about his visit.

According to the AP, Trump is expected to talk about immigration policy and progress on the border wall. Last week, the Department of Homeland Security touted the completion of 450 miles of border fencing.

Update: I’m at 10th and Bales St. in McAllen. There’s a group of about 50 to 100 ppl. here waving flags in support of Trump. Some cars driving by have honked in support as well. The folks I’ve talked to here say they appreciate Trump’s emphasis on border security. pic.twitter.com/BcYnoFze7s

In Texas, the federal government has awarded contracts for border wall construction before acquiring title to the land. The resulting delays have resulted in millions of tax dollars wasted, according to a Texas Tribune/ProPublica investigation.

Here are some banners being prepped for the rally this afternoon protesting Trump’s visit to the RGV at @LUPE_rgv pic.twitter.com/kNTbjhncO7

For Herrera, government spending on the border wall in a region so hard-hit by the pandemic is incongruous. On Friday, the Rio Grande Valley was designated as a “high hospitalization” area by the state health department. “There are so many community resources we could use to have survived the pandemic better than we did,” she said. So “to see so much money being wasted on steel and concrete is just incredible.”