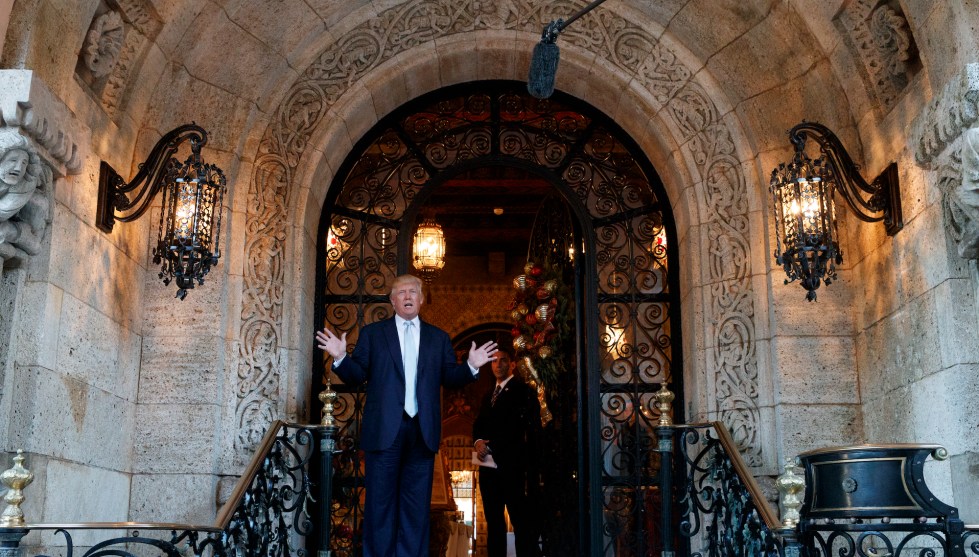 Controversy surrounded Donald Trump throughout his presidency and his post-presidency is shaping up to be no different. He is currently locked in a fight with Palm Beach residents who contend the former president should not be allowed to to make his home at his Mar-a-Lago club.

Trump is not especially welcome in any of his old haunts. New York City Mayor Bill de Blasio said publicly that Trump was persona non grata in his old hometown (where he’s also under criminal investigation). In 2019, he switched his official residence to Florida, claiming Mar-a-Lago as his home. He has since established the club as the official location of his post-presidency office. Mar-a-Lago’s section of Palm Beach did vote for Trump in the 2020 election, but not all of its well-to-do residents are happy he is moving there permanently. And they are pushing to bounce him from his new home citing an agreement Trump signed in 1993, when he won the right to turn Mar-a-Lago into a private club.

Trump acquired the Mar-a-Lago—built in 1927 as a home for Marjorie Merriweather Post, the wealthy cereal heiress—in the 1980s and used it as a residence. But by the 1990s, after doing serious renovations, he began pushing the idea of turning the 128-room mansion into a private club. Neighbors, who had already protested an earlier plan to subdivide the property, revolted, and Trump made a number of concessions in the 1993 agreement with the town of Palm Beach to win his detractors over. Among other things, the agreement stipulated that the property could not be a private residence and a private club, so if it was a club, it could not be Trump’s house. Specifically, the agreement said that while guests could stay at the property, no one could spend more than 21 nights a year in its guest rooms.

Trump has never really abided by that—he came and went freely from Mar-a-Lago before becoming president, and during his presidency he spent many weekends at what he dubbed the “Southern White House.” Now that he’s officially declared Mar-a-Lago his home, some of his neighbors are pointing to the 1993 agreement and asking why it’s not being enforced.

No one has filed a formal complaint—yet—but on Tuesday the Palm Beach Town Council met to discuss the issue. Council members said they have been inundated with emails and calls about the matter and wanted to clear the air. Town attorney Skip Randolph told the council that, in his reading, the 1993 agreement is not necessarily relevant because Palm Beach zoning regulations allow for employees of private clubs to reside there.

“That allegation fails to take into account the relevant provisions of the town’s zoning code,” Randolph said, which allows “any person generally working on site for the establishment and includes sole proprietors, partners, limited partners and corporate officers” to live on the property.

When Trump became president, he never gave up ownership or legal control of his properties and businesses, but he did resign from his official positions. Since leaving elected office, he has formally returned to the helm of just one entity—Mar-a-Lago—reclaiming the title of president of the corporation.

Because of that, the zoning regulations, presumably written to make it easier to retain staff members who can’t afford to live near the tony seaside enclave where Mar-a-Lago is located, apply to Trump, Randolph said.

At Tuesday’s meeting, Trump’s attorney, John Marion, denied that the provision in the 1993 agreement banning Trump’s use of Mar-a-Lago as a home was ever formalized, but he agreed that his status as an employee takes precedence anyway.

“He’s very active on the property,” Marion said. “I’d describe it as this guy who as he wanders the property is like the mayor of the town of Mar-a-Lago. He’s always present, he’s ever-present there. And he loves it, he loves the people who are there.”

Marion added, “He oversees the property, he evaluates the performance of the employees—he’s constantly doing that. He suggests improvements for the operation of the club—he does that constantly.” Marion said Trump also reviews the clubs financials, attends events, and welcomes members.

The Palm Beach Town Council took no vote on the matter, but the fight is still brewing. Philip Johnston, a local attorney who said he represented a new citizens’ group that was opposed to Trump’s residency, told town councillors that he was still reviewing the arguments made by Randolph and Marion but his clients were concerned that Trump’s presence in town would threaten the community’s status as “a genteel town.”

“We feel this issue threatens to make Mar-a-Lago into a permanent beacon for his more rabid, lawless supporters,” Johnston said.

Throughout his ownership of Mar-a-Lago, Trump has feuded with neighbors and local officials and violated zoning rules with abandon. He has repeatedly attempted to build a dock at the property, one time going so far as to seek approval from the federal government despite never having notified the town he was intending to build a marina. And after the town told him he couldn’t build an 80-foot flagpole (nearly twice the allowed height), he built it anyway, opting to pay daily fines. Eventually, after he wracked up $120,000 in fines, the town relented and allowed Trump to build a 70-foot flagpole, dropping the fines if Trump donated $100,000 to a veteran’s charity.

The matter is likely to return to the town council in April, when one of the attorneys representing Trump’s neighbors has asked to return with a more complete presentation detailing their opposition to Trump’s residency.