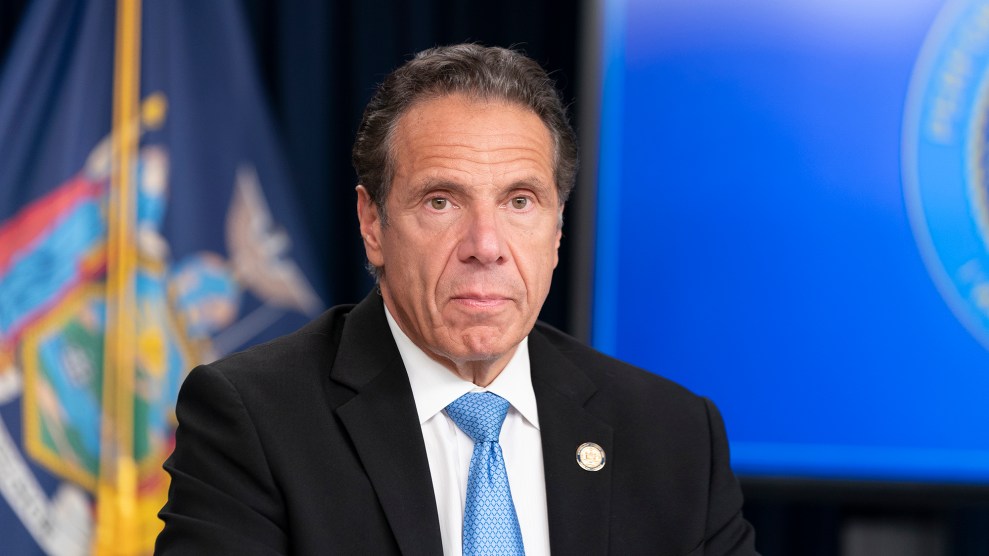 Gov. Andrew Cuomo, a Democrat who has served as New York’s governor since 2011, is facing criticism from both parties and calls to resign after a second woman stepped forward to share her story of sexual harassment while working for him. Cuomo further angered critics by naming an investigator to look into the allegations—forcing him on Sunday to announce that he would not choose the investigator but leave that appointment to the state attorney general and the chief judge of the state’s highest court.

This latest crisis for the three-term governor began on February 24, when Lindsay Boylan, a former top aide at the state’s economic development agency, published an account of the harassment she suffered from Cuomo, including an unwanted kiss and a pattern of harassing behavior. Cuomo has denied her claims. On Saturday, the New York Times published the account of a second woman who was harassed by the governor. “I understood that the governor wanted to sleep with me, and felt horribly uncomfortable and scared,” Charlotte Bennett, a 25-year-old former executive assistant and health adviser, told the Times.

Cuomo told the Times that he had “never made advances toward Ms. Bennett, nor did I ever intend to act in any way that was inappropriate.” Instead, he insisted, he was merely acting as a “mentor.” He also named an independent investigator to look into the allegations—but chose a former federal judge who worked closely with one of his longtime advisers. The selection only ignited more criticism.

“I believe the Attorney General should make an appointment to ensure that it is a truly independent investigation,” New York State Assembly Speaker Carl Heastie said on Twitter. Kathleen Rice, a Democratic congresswoman from New York, was among the critics. “The accused CANNOT appoint the investigator. PERIOD.” she tweeted.

A small number of progressive Democrats have joined Republicans in calling for Cuomo’s resignation, according to the New York Times.

.@NYGovCuomo, you are a monster, and it is time for you to go. Now.

The accusations of sexual harassment come as his administration is already under investigation for undercounting the number of coronavirus deaths in nursing homes in New York. He explained the undercount was because of his concern that the real numbers would have become politicized. The scandals have emboldened progressives thinking about taking on Cuomo in next year’s gubernatorial elections. The mounting criticism is a change of fortune for the New York governor, whose televised press conferences during the spring about the state’s pandemic response earned him praise, and even an Emmy award.

On Sunday, White House Press Secretary Jen Psaki said President Joseph Biden supports an independent investigation. “There should be an independent review of these allegations, they’re serious,” Psaki told CNN’s Dana Bash. “That’s something we all support and the President supports.”

Update 4:45pm: New York Attorney General Letitia James rejected Cuomo’s proposal that she and the chief justice of the state court of appeals select an investigator. In a statement, James insisted that under state law, her office alone should oversee the investigation.