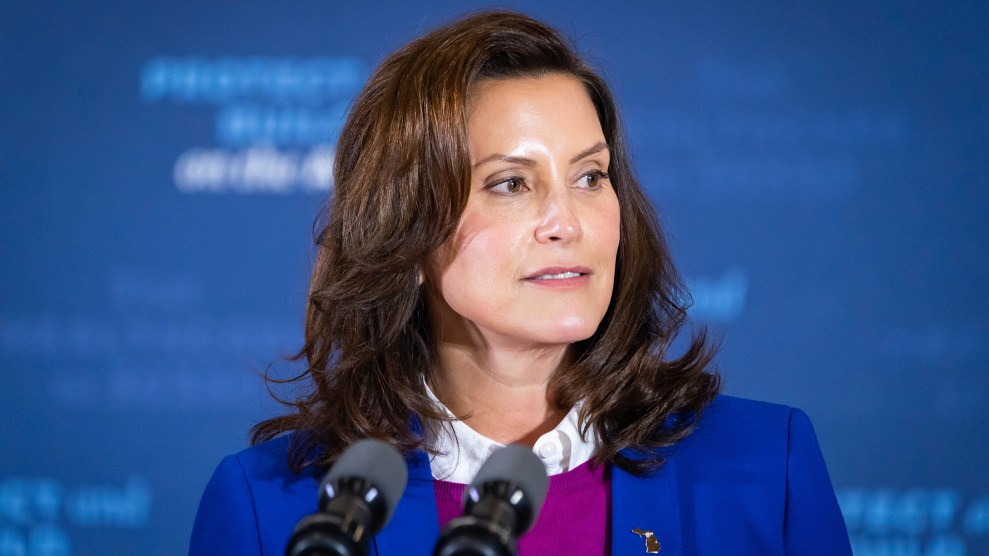 The chairman of the Michigan Republican Party is on the defensive after calling Michigan’s top three elected officials “witches” who need to be “softened up” so they can be “burn[ed] at the stake,” and quipping that “assassination” is a remedy for Michigan Republicans who had supported the impeachment of former President Donald Trump.

Ron Weiser, who was elected co-chair of the party in February, is also a member of the University of Michigan Board of Regents. After his comments were reported Friday by the Detroit News—a day after he’d made them to a local Republican meeting—his fellow regents called on him to resign from the university’s board. Late Friday Weiser tweeted that his comments about murdering fellow Republicans who had supported impeachment were “taken out of context,” and that he would never advocate for violence. But he didn’t address his misogynist attacks on Gov. Gretchen Whitmer, Secretary of State Jocelyn Benson, and Attorney General Dana Nessel.

The three women have been under threat from state Republicans and right-wing activists upset for the last year about coronavirus restrictions and election procedures, particularly after Trump lost the state by roughly 150,000 votes in November. In October, state and federal agents disrupted a plot to kidnap and murder Whitmer by right-wing extremists who had stormed the state capitol with weapons in April 2020 to protest coronavirus business shutdowns. Some members of the group had met with state Republican legislators. In December, armed protesters upset about the election gathered outside of Benson’s home. Earlier this week, Nessel told a congressional committee that public officials in the state are under a “deluge” of threats so numerous that her office has had to adjust its capacity to review them.

A spokesperson for Whitmer said Friday that the comments are “destructive and downright dangerous,” pointing to the foiled kidnapping plot and the fact that state party leaders had helped organize travel to the January 6 protest and storming of the US Capitol. Later in the day Whitmer jokingly tweeted a picture of herself holding a copy of “The Witches Are Coming,” a 2019 book by the writer Lindy West.

Benson issued a statement calling Weiser’s statements “horrifically reckless and unconscionable,” and noted that this kind of rhetoric can be “later used as justification for very real threats made against government officials, election administrators, and democracy itself.” She also tweeted a picture of the good witch from “The Wizard of Oz.”

Nessel initially tweeted an image with the three women wearing witch hats with the message: “Witches who magically decrease Covid spread, increase voter turnout and hold sexual predators accountable without any help from the legislature? Sign me up for that coven.” Later in the day she tweeted again:

As a gay, Jewish woman, I have long since learned to respond to hateful rhetoric with humor. But as a prosecutor, I know these remarks are certain to inspire further death threats which will eventually be acted upon. Ron Weiser will surely react with shock & deny any culpability. https://t.co/BGTqf8f41H