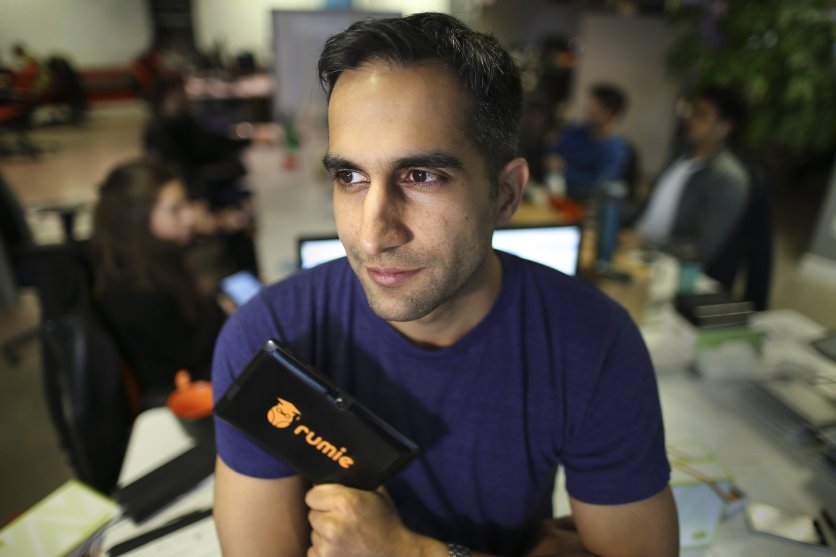 From his desk in midtown Manhattan, Tariq Fancy once oversaw the beginning of arguably the biggest, most ambitious, effort ever to turn Wall Street “green.” Now, as environmentally friendly investing grows at an exponential rate, Fancy has come to a stark conclusion: “This is definitely not going to work.”

As the former chief investment officer for sustainable investing at BlackRock, the world’s largest asset manager, Fancy was charged with embedding environmental, social, and governance corporate policies across the investment giant’s portfolio.

Fancy was a leader in a movement that has given many people, including investors, activists, and academics, hope that after years of backing polluters, Wall Street was finally stepping up to confront the climate crisis.

“I have looked inside the machine and I can tell you business does not have this,” Tariq told the Guardian. “Not because these are bad people but because they run for-profit machines that will operate exactly as you would expect them to do,” said Fancy.

Fancy, 42, worked for BlackRock between 2018 and 2019 and was the investor’s chief investment officer for sustainable investing at a time when BlackRock was preparing to announce a major shift in strategy.

“It’s not because they are evil, it’s because the system is built to extract profits.”

“The evidence on climate risk is compelling investors to reassess core assumptions about modern finance,” the BlackRock chairman, Larry Fink, wrote in his highly influential annual letter to CEOs in 2020, shortly after Fancy’s departure. “In the near future—and sooner than most anticipate—there will be a significant reallocation of capital.”

In future, Fink said, BlackRock would transition away from investments in companies that “present a high sustainability-related risk”.

BlackRock manages about $7 trillion in assets and, with one of Wall Street’s biggest voices sounding the alarm about the need to deal with the climate crisis, the news was viewed as a pivotal moment for the financial community.

But for Fancy, who now runs the digital learning nonprofit Rumie in Toronto, Canada, BlackRock’s move, and the ones it has inspired, contain a fundamental flaw: the climate crisis can never be solved by today’s free markets. “It’s not because they are evil, it’s because the system is built to extract profits,” he said.

Investors have a fiduciary duty to maximize returns to their clients and as long as there is money to be made in activities that contribute to global warming, no amount of rhetoric about the need for sustainable investing will change that, he believes.

“In many cases it’s cheaper and easier to market yourself as green rather than do the long tail work of actually improving your sustainability profile. That’s expensive and if there is no penalty from the government, in the form of a carbon tax or anything else, then this market failure is going to persist,” said Fancy, a former investment banker who now leads an initiative to bring affordable digital education to underserved communities worldwide.

The amount of money that poured into sustainable investment through vehicles like exchange-traded funds hit record levels last year. It’s a trend Fancy believes could continue for years and still have zero impact on climate change because “there is no connection between the two things”.

“In many cases it’s cheaper and easier to market yourself as green.”

Moving money to green investments doesn’t mean polluters will no longer find backers. The argument is similar to that of divestment, another strategy Fancy says doesn’t work. “If you sell your stock in a company that has a high emissions footprint, it doesn’t matter. The company still exists, the only difference is that you don’t own them. The company is going to keep on going the way they were and there are 20 hedge funds who will buy that stock overnight. The market is the market.

“I don’t think the public realizes we are not talking about stopping climate change,” he said. “We are literally talking about selling assets so we don’t get caught up in the damage when it hits.”

Business knows this, Fancy said, and it also knows the solution—it just doesn’t like it. He compared the business communities reaction to the coronavirus pandemic to its views on climate change. “Science shows us that Covid-19 is a systemic problem for which we all need to bend down a curve, the infections curve.”

As the crisis escalated business leaders were immediately supportive of government-led initiatives to restrict travel, close venues and shutter the economy. “The Business Roundtable [the US’s most powerful business lobby] said we should make mask-wearing mandatory. They were right about all those things,” he said.

The world needed government to use its extraordinary powers “because if you left it to the free market everything would have been open in the US and we would have lost millions of people, it wouldn’t have been half a million”.

Climate change too is a problem science says is systemic and one where we have to bend down the curve. “The difference is the incubation period. It’s not a few weeks, it’s a few decades. For that they are still saying we should rely on the free market. That’s where I have a problem.”

“Should I buy an ETF or should I call my congressperson and demand legislation and a price on carbon?”

A survey of 250 senior executives supports Fancy’s point. About 64 percent of the executives surveyed in a recent poll commissioned by British lender Standard Chartered said they “believe the economics of operating as a net-zero [carbon emissions] organization do not stack up for their company”. And 79 percent of senior executives said short-term CEO tenure made it harder for companies to transition to net zero.

Under the current system the costs, says Fancy, are simply too high and the benefits of conducting business as usual are too great. A 2019 Morgan Stanley study found that getting to net zero by 2050 will cost $50 trillion.

What would work is a change in government policy that made it more expensive to pollute, such as a carbon tax, because that would change the corporate world and Wall Street’s incentives. “If you put a tax on carbon, every single portfolio manager would adjust their portfolio,” he said.

The company added that it believes greenwashing “is a risk to investors and detrimental to the asset management industry’s credibility, which is why we strongly support regulatory initiatives to set consistent standards and increase transparency for sustainable portfolios”.

But for Fancy the overarching point is that real change has to be led by government, not Wall Street. “If I was on a panel and someone asked me what’s the best way to tackle climate change? Should I buy an ETF or should I call my congressperson and demand legislation and a price on carbon? The truth is someone is better off calling their congressperson.”