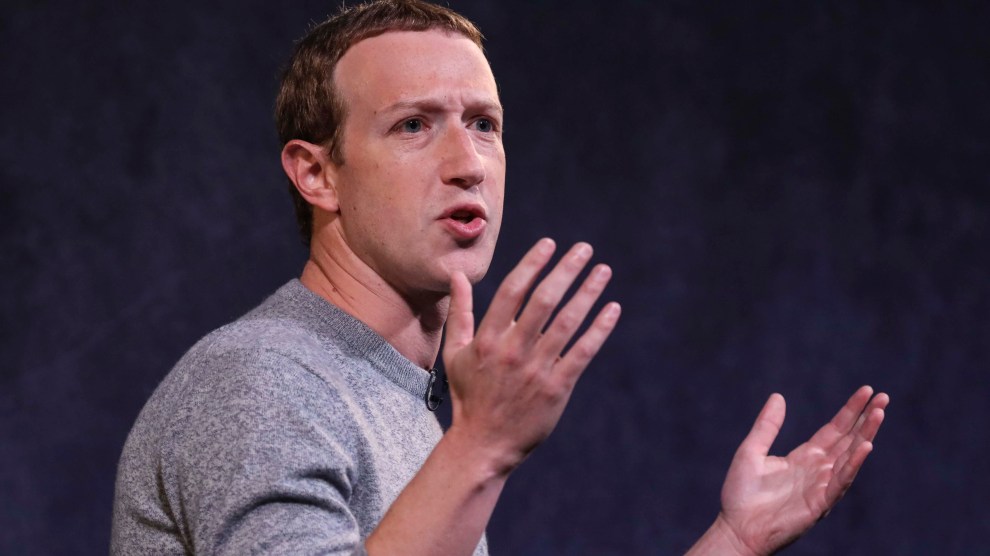 On a press call a few years ago, I asked Facebook’s head of cybersecurity policy, Nathaniel Gleicher, if the company would treat a misinformation campaign orchestrated by the US government the same as it would as one from a foreign adversary.

Facebook had organized the call to tout how it had discovered and deleted dozens of Iranian accounts, groups, and pages linked to “coordinated inauthentic behavior”—the company’s term for when people and organizations create fake accounts in an attempt to mislead and manipulate other users and the broader information landscape. The conversation came at a time when Facebook was conducting a spate of such announcements and media briefings championing its work removing phony networks tied to foreign governments.

Gleicher’s response to my hypothetical question about whether they would react the same way was quite clear: “Yes. Part of the key of our operations here is that we engage based on behavior—not based on content and not based on the nature of the actor. And that’s been a very intentional choice on our part.”

The question I posed is no longer so hypothetical. Last month, William M. Arkin broke a massive story for Newsweek, reporting that the Pentagon is administering a 60,000-person “secret army” that conducts “signature reduction.” This is a newish discipline, similar to operational security, that focuses on helping keep clandestine operations hidden.

Sometimes, Arkin writes, this means taking both digital and physical steps—like helping send out bills, tax documents, manufactured IDs, and driver’s licenses—to help operatives maintain covers. “Fake birthplaces and home addresses have to be carefully researched, fake email lives and social media accounts have to be created,” he writes. “And those existences need to have corresponding ‘friends.'” As that would indicate, the work can include manufacturing fake social media networks to create a believable online person—a “trail of fake existence.” In some instances, Arkin reports, the Pentagon’s signature reduction efforts involve “the very type of nefarious operations the United States decries when Russian and Chinese spies do the same.”

While Arkin’s story suggests much of the effort is to help clandestine operators move about in the real world free of detection, he writes that the Pentagon’s operatives sometimes “engage in campaigns to influence and manipulate social media.” In that way, what Arkin’s story describes sounds something like the Internet Research Agency, the Russian group that interfered in the 2016 election, or other state-sponsored groups that work to manipulate social media through “misattribution”—making posts while posing as being someone, or from somewhere, false.

Newsweek’s story doesn’t specify what kinds of social media the Pentagon or its contractors are using. But given their dominance in the field and Arkin’s descriptions of the techniques, it seems likely the mix includes Facebook, Instagram, and Twitter.

If so, that would highlight a massive failure by the companies. After the 2016 Russian election interference scandal that played out on social media platforms like Facebook, Twitter, and YouTube, such companies pledged to root out foreign actors seeking to influence and manipulate politics. The practices outlined in Newsweek’s story would seem to explicitly violate Facebook policies banning deceptive activity and false accounts. While Twitter usually allows pseudonymous accounts, its policies ban coordinated platform manipulation.

For whatever reason, Facebook has no interest in talking about the prospect of such US-run accounts. In light of Newsweek’s story, I asked Facebook, which also owns Instagram, if it was aware of potential networks of fake identities being created on its platforms by the Pentagon; besides acknowledging receiving my requests for comment, their PR team did not respond. When I asked Twitter, they gave a boilerplate statement. “In general, when we can reliably attribute activity to a state-backed actor, we disclose the associated accounts and Tweet content in full to our public archive,” a spokesperson told me.

One of two things is likely happening: Either tech companies know that their platforms are being manipulated and for whatever reason are looking the other way, or they are being successfully duped by the Pentagon, who is hiding its actions well enough to avoid detection. Both result in the same thing: the US government taking advantage of social media companies to make them extensions of its own power, and to pull off things that look similar to what they’ve long decried other countries for doing.