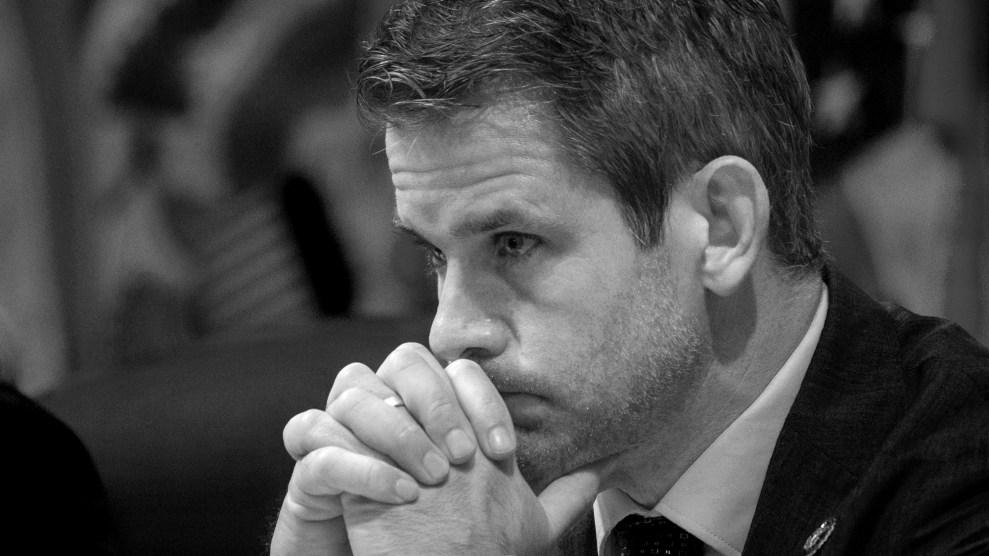 Illinois Republican Rep. Adam Kinzinger, one of former president Donald Trump’s most vocal critics in the Republican Party, said on Friday that he will not be running for reelection. But over the weekend he made it clear he’s not walking away from a fight with Trump. On Sunday, Kinzinger referred to the MAGA-movement that has taken over his Party as a “cancer” that has cowed all but a few into telling lies.

"You can fight against the cancer in the Republican Party of lies of conspiracy of dishonest. And you ultimately come to the realization that, basically, it’s me, Liz Cheney and a few others that are telling the truth," @RepKinzinger says. https://t.co/oJd7pY8Ezz pic.twitter.com/6RAryJNXIB

Kinzinger told ABC’s George Stephanopoulos on Sunday that while only a few Republicans are willing to stand up to the Trump wing of the party, they had truth and history on their side. It was everyone else in his party who needed to change, he said.

“It’s not on Liz Cheney and I to save the Republican Party,” he said. “It’s on the 190 Republicans who haven’t said a dang word about it, and they put their head in the sand and hope somebody else comes along and does something.”

Kinzinger, first elected in 2010 on a wave of Tea Party activism, spent most of his career in Congress as a reliable conservative vote in the House. He has fairly standard traditional Republican views on abortion, gun control, and immigration, and voted against Trump’s first impeachment in 2019. But, as Trump’s term in office progressed, Kinzinger became a vocal critic of his own party’s leader. Following the Jan. 6 riot, Kinzinger was one of just ten House Republicans to vote for Donald Trump’s second impeachment. Along with Wyoming Rep. Liz Cheney, Kinzinger has become a major target of Trump’s ire. Both Kinzinger and Cheney sit on the bipartisan commission investigating the insurrection.

Until very recently, Kinzinger said he was planning on running for reelection, but last week Illinois Democrats approved a Congressional redistricting plan that essentially made Kinzinger’s seat much harder for any Republican to win.

Criticizing GOP leadership over a willingness to bend the truth is a theme Kinzinger has returned to regularly in recent months. In July, when House minority leader Kevin McCarthy threatened to strip Kinzinger’s committee assignments if he joined the Jan. 6 commission, the Illinois Republican told reporters, “Who gives a shit?” Members who were telling lies about the election should be the ones threatened with sanctions, he said: “When you’ve got people that say crazy stuff and you’re not gonna make that threat [to them, but] to make the threat [to] the truth-tellers, you’ve lost, you know, any credibility.”