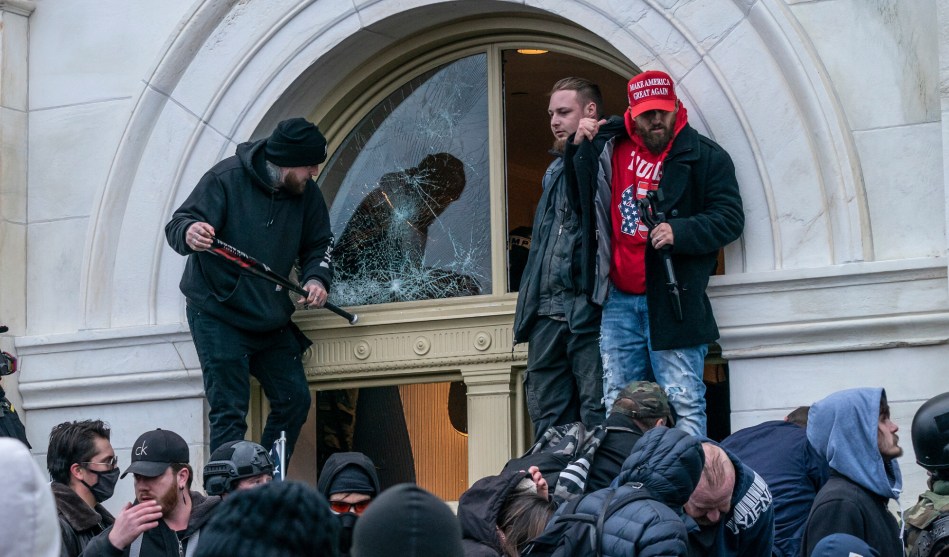 On Friday, the Washington Post dropped another bombshell report on what President Donald Trump’s top lieutenants were up to during the January 6 insurrection: As a mob chanting “hang Mike Pence!” raged through the Capitol, one of Trump’s lawyers, John Eastman, sent an email to the vice president’s office blaming Pence for the carnage. According to an email obtained by the paper, Eastman (who was responding to an angry email from a Pence staffer) wrote that “The ‘siege’ is because YOU and your boss did not do what was necessary to allow this to be aired in a public way so that the American people can see for themselves what happened.” What’s more, the Post reported, Eastman continued to advocate for the electoral college results to be rejected after Congress returned to business following the riot.

Eastman, at the time (but no longer) a professor at the University of California Hastings College of Law, had spoken alongside Rudy Giuliani at Trump’s rally on the National Mall that morning, where he alleged widespread fraud from Georgia voting machines and stated that if Pence didn’t delay the certification of the Electoral College, “We no longer live in a self-governing republic.” But behind the scenes, he’d played an even more important role; as Robert Costa and Bob Woodward reported in their book Peril, Eastman had drafted a memo that outlined a series of steps by which Trump, with Pence’s help, could overturn the results of the election.

Since that memo was published, Eastman and his current employer, the Claremont Institute, have sought to downplay its significance. Claremont recently described the reporting and criticism of its fellow as a “disinformation, de-platforming, and ostracism campaign,” and vowed to “not remain silent in the face of widespread lies peddled by malicious domestic political opponents.” Eastman, in a lengthy interview with National Review, said that the memo was simply one of several arguments he’d prepared for Team Trump’s perusal and not one he ultimately recommended or even agreed with in full.

But Eastman was not participating in some after-hours law-school bull session; he was advising a corrupt and desperate man who would do almost anything to hold onto power. The radical scenario outlined in the memo, and the equally-radical scenario Eastman says he ultimately recommended—in which Pence would decline to certify the results, buying time for Republican legislators in key states to purportedly investigate alleged fraud, and submit new slates of electors—would have only indulged Trump’s delusions about his own chances.

And Eastman pursued all of this, because he was likewise deluded about what had happened in November. As part of a legal analysis he prepared for state legislators making the case that they could reject their states’ election results, the Post reported, “Eastman’s seven-page paper featured theories about voter fraud published by the right-wing blog the Gateway Pundit and an anonymous Twitter user named ‘DuckDiver19.’”