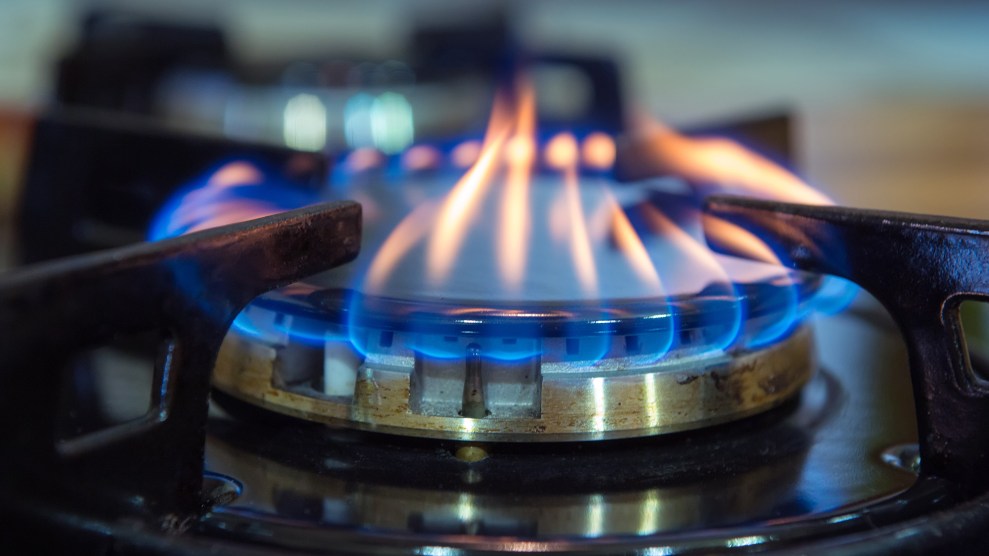 Oklahoma’s biggest natural gas utility could soon charge customers who switch to electric stoves and heating systems an “exit fee” of nearly $1,400 to disconnect service, HuffPost has learned, setting a precedent that could help the industry lock millions of Americans into fossil fuel use for decades.

The proposal is part of a larger bid by Oklahoma Natural Gas to sell off debt it incurred when fuel prices skyrocketed during a historic cold snap last February. It is currently being negotiated before a judge at the Oklahoma Corporation Commission. The provision, which would apply only to customers who terminate service specifically to go electric, could be approved as early as December and come into force no later than June.

If approved, the measure will likely become a model for gas-friendly regulators nationwide, advocates say.

The fee could more than double the cost of swapping a gas stove for a new electric appliance, forcing homeowners offloading their last gas appliance to not only purchase the new one but also to bid the utility farewell by paying out the remainder of their share of the company’s debt. The fee is also a flat rate for virtually all customers, so the cost does not reflect the amount of gas the household used during last winter’s deep freeze.

If greenlighted, the measure would likely become a model for gas-friendly regulators across the country, advocates say, providing a new tool to prevent consumer transitions from fossil fuels to zero-carbon alternatives. Texas and Kansas are already considering their own proposals, according to one source who spoke on condition of anonymity because they were not authorized to speak publicly on the plans.

The Sooner State had already helped pioneer a similar policy when it approved one of the nation’s first “preemption laws” barring its cities and towns from banning new gas hookups in buildings. Oklahoma enacted the legislation last year, shortly after Berkeley, California, became the first U.S. city to require all new construction to go electric.

Since then, more than 20 states, most of them Republican-controlled, have passed similar laws banning bans on natural gas, while cities including San Francisco, Seattle, and Brookline, Massachusetts, have barred new or renovated buildings from installing gas appliances. The effort comes as cities and states rush to cut climate-changing pollution, roughly 13 percent of which in the US comes from buildings. Electrification poses an existential threat to gas utilities, which have responded with aggressive lobbying for preemption laws and with misleading advertising campaigns featuring Instagram influencers.

“Exit fees are just one more example of barriers being put in place to make it more difficult for customers to electrify.”

“Exit fees are just one more example of barriers being put in place to make it more difficult for customers to electrify their homes and cut greenhouse gases,” said Charlie Spatz, a researcher who tracks preemption laws at the watchdog group Energy and Policy Institute. “As gas prices rise and consumers are more concerned about their carbon footprints, this exit fee could become a serious financial hurdle locking customers into the gas system.”

Unlike the state’s preemption law, which Oklahoma Natural Gas lobbied for, the utility serving roughly 90% of the state did not initially request the exit fee. The issue stems from the brutal winter storm that sent temperatures in Oklahoma, Texas and neighboring states plummeting below freezing for two weeks last February. Across the region, gas pipelines froze just as ratepayers were cranking up their heat while power plants were also using more natural gas to meet soaring electricity demand. With demand high and supply low, the price of natural gas spiked. To cover the cost of buying fuel, Oklahoma Natural Gas brokered a hasty deal to borrow $1.5 billion from Bank of America.

The utility, owned by the publicly traded $4 billion giant ONE Gas, did not want that debt on its books, where it could incur extra fees and affect the company’s credit rating. Oklahoma Natural Gas’ allies in the state legislature stepped in to help. While residents were still freezing to death in the state, lawmakers introduced a bill to allow the company to convert its debt to public bonds, a process called securitizing. Republican Gov. Kevin Stitt signed the legislation into law in April.

If you’re an Oklahoman with a gas stove, chances are you pay bills to ONG, we’d like to hear what you think about this story. Please email alexander.kaufman@huffpost.com.