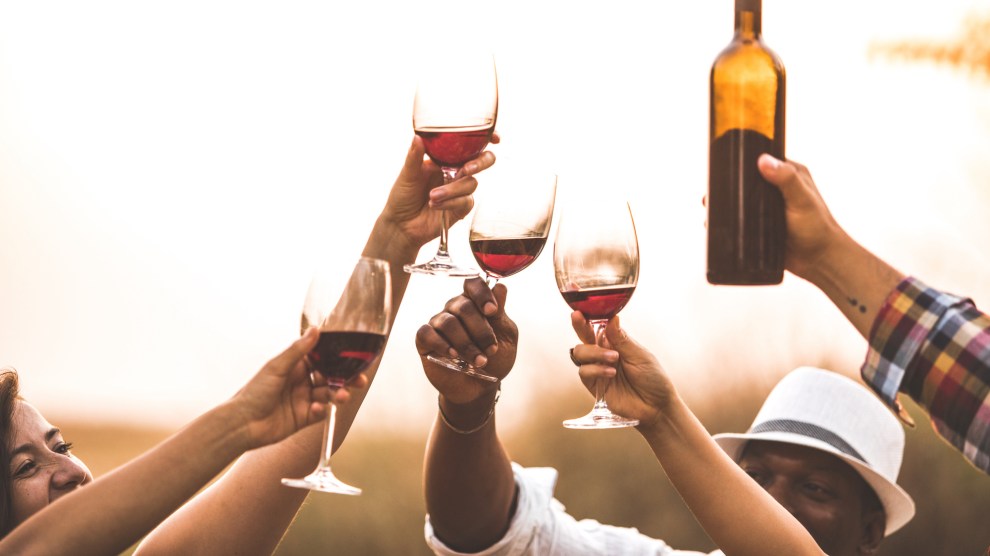 It’s starting to feel a lot like the late 1970s, when rising prices hammered US households. At least, according to the financial press.

“The highest annual US inflation rate in almost 31 years reverberated across financial markets and in the minds of Americans this week, damaging consumer sentiment, leaving many traders flummoxed, and causing one financial firm to warn that the proverbial ‘genie is out of the bottle,'” reported a Saturday morning Marketwatch piece.

To bolster her case that we’ve entered the first real US inflation crisis since the glory days of disco and a cardigan-bedecked president, reporter Vivien Lou Chen stated that “average Americans are paying as much as $100 to $200 for a single concert ticket, $90 for a bottle of wine, and $5 a gallon for gas.”

Move over, milk panic. Let’s all join hands and freak out about wine. Actually, let’s breathe for a minute before we plunge into a Jimmy Carter-style malaise over the scourge of inflation.

Concert tickets have been maddeningly expensive for a while—driven by a single giant company’s domination of the market, not some mysterious force lifting all prices. As someone who just two days ago snagged a perfectly delicious French red for $11, I’m amused by the notion that there exists some “average American” (a construction Lou Chen uses three times) who feels compelled to fork over near-three-figure sums for the pleasure of a bottle.

Gas prices are indeed high, and unlike live music and booze, millions of Americans can’t opt out of driving because it’s too expensive; people have to get to work and shop, and our mass transit system is generally a joke. But as New York‘s Eric Levitz recently argued, this phenomenon stems from a tangle of factors including the 2010s fracking boom-bust saga and the demand for windfall profits from petro-states like Saudi Arabia and Russia.

In other words, to conjure the specter of runaway inflation, the Marketwatch piece leans on two phantom examples and one that can’t be fixed easily by the conventional governmental tools for bringing down consumer prices. Back in the 1970s, then-President Carter showed how it’s done: He zealously pursued a policy of ratcheting up interest rates and ratcheting down federal spending, both of which stifle wages and put people out of work. When people have less money, they spend less, and voila, prices drop. Carter’s program worked all too well—it eventually killed inflation, but it also sparked the worst recession since the Great Depression.

The subtext running through articles like the Marketwatch one is that now is the time for the government to do something similar. Lou Chen chided the US Federal Reserve for “sticking to its view in its Nov. 3 policy statement that inflation pressures are expected to prove transitory.” Translation: The Fed should jack up interest rates. A similar theme underlies Sen. Joe Manchin’s latest reason for opposing the Build Back Better bill that recently passed the US House—the one that includes includes “$400 billion for universal pre-K and child care, $166 billion for affordable housing, and more than $550 billion to address the climate crisis,” as Kara Voght reported. Manchin recently stated he was was loathe to support BBB because it might add to “runaway inflation.” In other words: time to stifle spending, even for urgent needs like addressing the climate crisis and taking pressure off of working parents.

But as Zach Carter, author of an excellent biography of the economist John Maynard Keynes (my review here), has noted, “a more precise way to fight the ravages of inflation would be to focus on the handful of costs that tend to really wreck families, instead of sucking demand out of the entire economy through higher interest rates.” Carter notes that, wine and concert tickets aside, “we do know which price increases are definitely very bad for working families.”

The biggest expense for most households is housing, which accounts for about 37 percent of what the average family takes home. The next biggest expense is transportation, claiming around 16 percent of the average family’s budget. Married parents spend about 10 percent of their budget on childcare, while single parents spend a whopping 34 percent. Groceries, by contrast, are about 5 percent of the budget. You have to almost double supermarket prices to generate the same hit to a household balance sheet caused by a 10 percent jump in rent.

Carter calls for “some kind of inflation safety net for working people”—subsidies or rent control to soften the blow of ever-escalating housing prices, say; and the exact kind of childcare subsidies embedded in the Build Back Better bill. One can also imagine a serious investment in mass transit that frees people from their cars and the whims of oil markets. The BBB bill also contains measures to push a transition to electric cars, which would also help.

So crack open a bottle of wine (maybe not a $90 one). There are plenty of things to worry about, but inflation isn’t one of them. Hysterical responses to it, on the other hand…