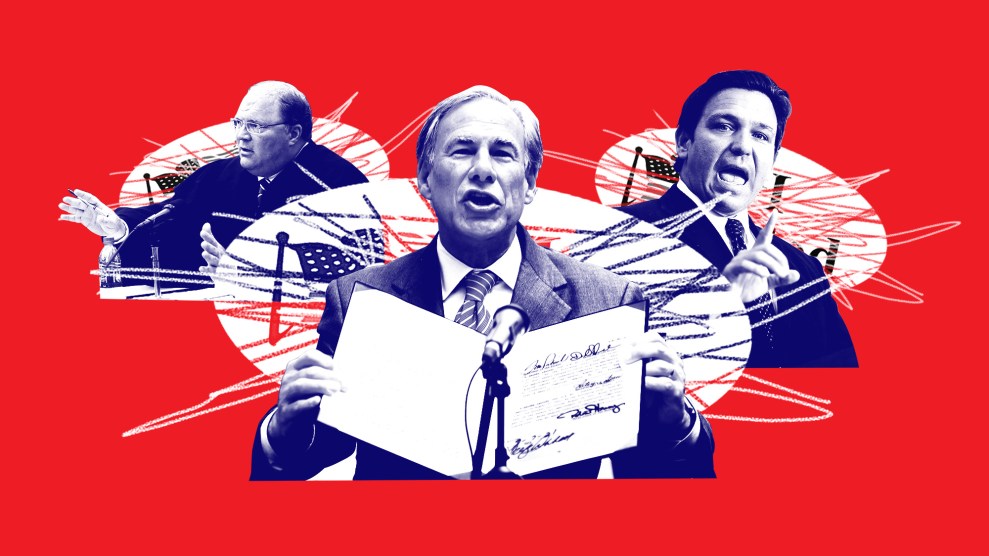 Ahead of the midterms, Republicans have launched a full-scale assault on the election system. Fueled by the Big Lie, this attack relies upon a multi-pronged strategy of gerrymandering, voter suppression, and the takeover of election positions by ideologues who allege that the 2020 election was stolen. As I write in “The Coming Coup,” Georgia, where Trump and his allies battled fiercely to overturn the election results, is once again at the center of the drama. Republicans there have drawn Democrats out of their districts, passed laws making it harder to vote, and sought to consolidate control over how elections are run and votes are counted. What’s happening in Georgia is part of a national strategy playing out across the country. Here are some of the most egregious efforts by Republicans over the past year to sabotage fair elections.

Republicans stripped Democratic Secretary of State Katie Hobbs of the power to defend state election laws and transferred that authority to the Republican attorney general—but only through the 2022 election, in case the partisan composition of the offices is reversed after that.

Mimicking Georgia, Republicans banned giving food and water to voters in line, along with making it harder to vote by mail—after more Democrats than Republicans did so for the first time in the state’s recent history. Gov. Ron DeSantis signed the bill in May during a Fox & Friends exclusive; all other media outlets were barred from the event. 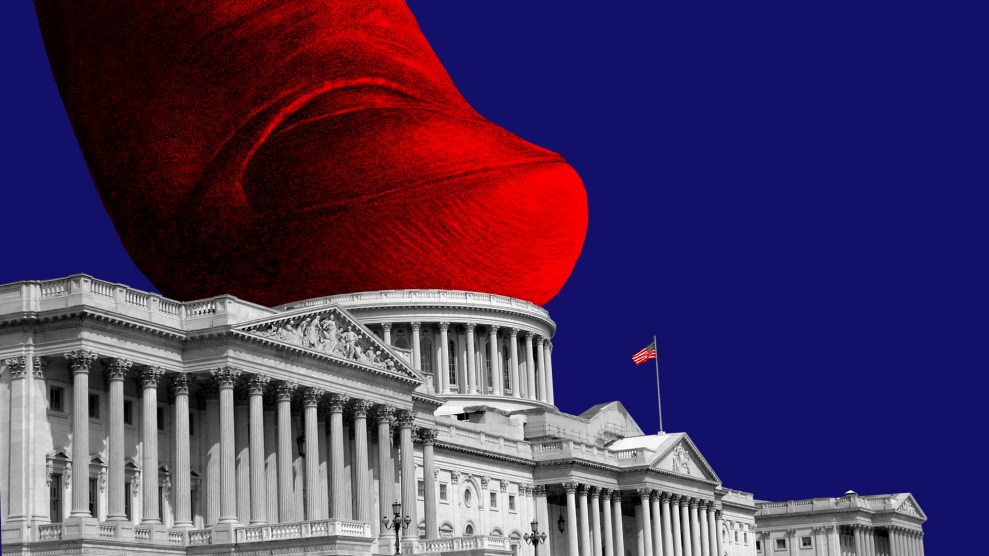 The Coming Coup: How Republicans Are Laying the Groundwork to Steal Future Elections

Republicans removed student IDs as a valid form of voter identification and repealed Election Day registration, which is disproportionately used by younger and Native American voters—some of whom have to travel 130 miles to reach a polling place.

Stephen Lindemuth of Elizabethtown attended the “Stop the Steal” rally on January 6 that led to the insurrection. In November, he won a bid to become a local election judge, part of a growing wave of Big Lie proponents who are taking over election administration positions.

Gov. Greg Abbott issued an edict one month before the 2020 election, limiting the number of ballot drop boxes to one per county (Harris County has 4.7 million residents). In September, Republicans went further and banned all drop boxes in the state. In Galveston, the GOP-controlled county commission has adopted new redistricting maps that eliminated the county’s lone district where voters of color are the majority, represented by Democrat Stephen Holmes for 22 years—one of the most flagrant examples of racial gerrymandering since the Supreme Court gutted the Voting Rights Act in 2013.

Republicans have launched an all-out assault on the integrity of the state’s election system, with former conservative state Supreme Court Justice Michael Gableman—who admitted he didn’t have “any understanding of how elections work”—launching a sprawling Arizona-­style audit of the 2020 election, while other top Republicans have called for jailing members of the state’s bipartisan elections commission and stripping them of the authority to oversee elections. Republican state Sen. Kathy Bernier tearfully said, “We’re in jeopardy of losing” our republic, and called Gableman’s review “a charade” to “jazz up the base,” but announced she was retiring after Gableman called for her resignation.