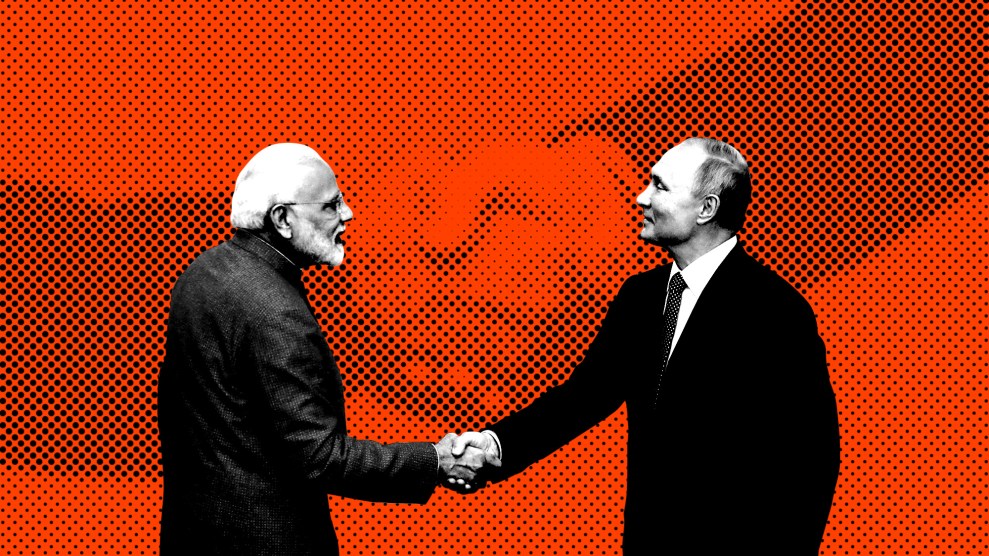 If you went looking for evidence of international unity in the days following Russia’s invasion of Ukraine, there was plenty to find. Switzerland dispensed with its traditional position of neutrality to freeze Russian assets. Germany, reliant on Russian natural gas and reluctant to arm overseas combatants, halted certification of a major natural gas pipeline and shipped hundreds of anti-aircraft and anti-tank weapons to Ukraine. Even FIFA and UEFA, not exactly exemplars of responsible geopolitical statecraft, suspended Russia from international soccer.

But that tale of unity is deceptive since it generally only includes Western countries. In the rest of the world, support for Ukraine is far more fragmented. Most notably, two of the world’s largest democracies, India and Brazil, have pointedly not criticized Russian President Vladimir Putin. The silence from India has been especially concerning for the Biden administration, which reportedly has spent days trying to align Prime Minister Narendra Modi with the West’s anti-Russia position.

When asked last week about India’s apparent reluctance to condemn the invasion, Biden acknowledged to reporters, “We haven’t resolved that completely.” On the one hand, India depends on Russia for weapons and military support, but in recent years, the South Asian power has grown closer to the United States as part of a regional push to counter China.

Global divisions were laid bare at the United Nations on Friday, as India, Pakistan, and dozens of other countries across Latin America and Africa declined to support a resolution condemning Russia’s invasion. (Brazil voted for the resolution, but its far-right leader Jair Bolsonaro has refused to sanction Russia.)

I wish the entire world was supporting Ukraine and condemning Russia, but here are the countries that voted for or co-sponsored a UN resolution deploring the invasion: https://t.co/0CKLMBZvet pic.twitter.com/0vUGFUrtRE

The countries less likely to oppose Russia are concentrated in Latin America and Africa, which has seen consistent Russian aid since the days of the Soviet Union. Even as Russia’s economy has declined and its global power has waned in recent decades, various African countries, particularly Mali and the Central African Republic, receive aid and military training from Russian-backed groups. Among the other UN members that abstained or voted against the resolution, some, like Nicaragua, have long received Russian financial assistance and military aid.

In other words, though Russia is more isolated now than it was a few days ago—China, only last week a staunch ally, has become more critical of the invasion—the relative disunity outside the West reflects enduring Russian influence and deeper divisions in the US-led international order.

“India favors a world order where multiple powers balance each other out,” Michael Kugelman, deputy director of the Asia program at the Wilson Center, told Quartz India. “The Ukraine conflict, by driving Russia into China’s arms, hampers India’s ability to promote more multipolarity.”

Doubts among US allies are likely to expand if Western sanctions against Russia continue and the economic pain spreads throughout the region. Without Russian natural gas flowing to much of Europe, “you will see energy rationing in Europe,” Henning Gloystein, a Eurasia Group energy specialist, told the Wall Street Journal.

Already the nosedive of the Russian ruble has thrown the country’s economy in tatters—an effect that won’t just be limited to the oligarchs and other Putin cronies targeted by sanctions. Reports of Russian people rushing to ATMs are just the start.

The international outrage over Russia’s invasion may have pushed Putin toward being a pariah in many influential quarters, but is it strong enough to blunt Russia’s military and spare the Ukrainian people an ongoing humanitarian disaster? That remains to be seen.