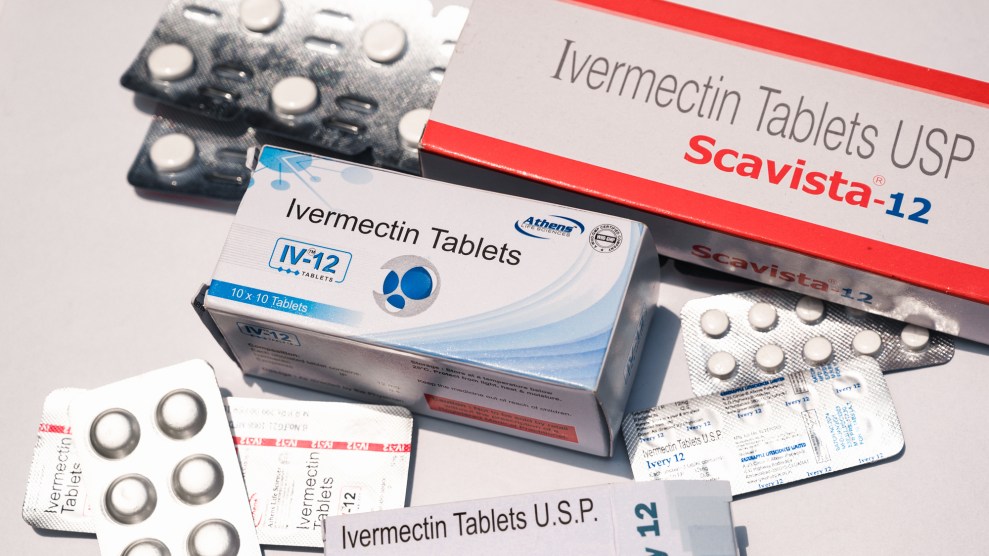 Antiparasitic drug Ivermectin became a partisan battleground during the Covid-19 pandemic, as anti-vaccine influencers and Republican politicians hawked it as a miracle cure, to the widespread skepticism of infectious disease experts.

A peer-reviewed study recently presented by Dr. Edward Mills, a professor of health sciences at McMaster University in Canada, offered significant new evidence that ivermectin was coronavirus snake oil all along.

In the largest trial yet analyzing the effectiveness of ivermectin on treating the coronavirus, Mills and his fellow researchers found that Covid-19 patients at risk of severe illness who received ivermectin did no better than those prescribed a placebo, the Wall Street Journal reported on Friday.

“This is the first large, prospective study that should really help put to rest ivermectin and not give any credibility to the use of it for Covid-19,” Peter Hotez, dean of the National School of Tropical Medicine at Baylor College of Medicine, told the Journal.

Of the 1,358 patients, researchers prescribed half a three-day course of ivermectin pills, and the other half with a placebo. They then tracked how many patients were hospitalized over the course of four weeks, how quickly the patients rid the virus from their bodies, and death rates, among other variables. The researchers parsed the data in a variety of different ways and found no instances where ivermectin impacted patient outcomes.

Earlier in the pandemic, some researchers hypothesized that ivermectin could help, after a few studies appeared to show a benefit. However, research consistently failed to validate these earlier findings, and many of the original studies that started the ivermectin craze were discovered to have employed flawed methods. Nevertheless, ivermectin remained a favored treatment among the hardline, anti-vaccine flank of the Republican Party, many of whom continued to take the drug even as medical experts warned that there was no hard evidence it worked.

My colleague Kiera Butler has followed the strange journey of ivermectin from its beginnings as the follow-up act to the discredited Trump-touted malaria drug hydroxychloroquine. In January she wrote that doctors had known for more than a year that the antiparasitic drug wasn’t effective against Covid, and that the FDA had explicitly warned against prescribing it to Covid patients.

But, nevertheless, many physicians continued to prescribe the drug anyway, exacting real costs to the public in the form of sky-high insurance and Medicare expenditures: “What’s more,” Kiera wrote, “anti-vaccine activists often tout ivermectin as an alternative to vaccines—yet many Covid patients who have opted for ivermectin and other untested treatments instead of vaccines have required lengthy and expensive hospital stays.”