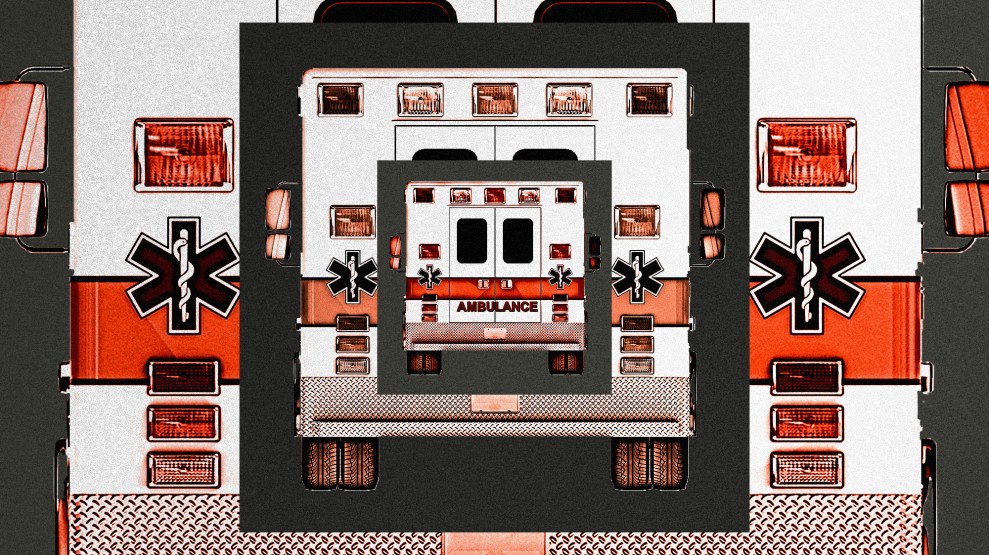 The beats are almost always the same.

A shooter enters a crowded space with a loaded gun, usually one modified to kill dozens of people in seconds—and usually one that they obtained legally. They open fire and murder innocents. Earlier this month it was 10 patrons at a Buffalo supermarket; this week it was 19 children and two of their teachers in Texas. As the news spreads, well-intentioned people flood Twitter with reminders not to share unverified information about the shooting in its early moments. Some people share it anyway. If the shooter has proclaimed their motivations on paper, more well-intentioned people vociferously demand that others don’t share the document. Some people share it anyway.

Within a few hours of the shooting, large swaths of the public demand a policy solution—gun control. Others claim to be upset about how the tragedy is being too quickly politicized. If there is footage of the carnage, the videos ping around tech companies’ platforms endlessly, despite their commitments to the contrary.  The location of the tragedy inspires a hashtag: #[place name] strong. The Onion republishes the same article it always publishes, about how this all keeps happening. People vow to handle this at voting booths at the next election. But eventually, they seem to forget, and almost nothing changes.

In the 15 years that I have been old enough to pay attention to the news, this is the only story arc I have known. With mass shootings, but also, it feels, with almost every other issue that has become a point of political contention, from police brutality to LGBTQ discrimination to whatever the culture war du jour is. The problems differ, but the pattern is the same: public outrage and political will swell, wane, and then little changes. The doomcycle repeats itself.

When police killed another Black man, George Floyd, in the summer of 2020, protestors flooded the streets. Politicians vowed to enact major policy change. But two years later, those police reform demands have faded. When another lawmaker, this time in Texas, proposed a bill that would criminalize medical care for transgender kids, businesses and advocacy groups criticized the policy—yet it has moved forward unabated. And when school districts in 26 states (and counting) banned books about racial justice and gender identity, parents and students voiced their opposition at school board meetings across the county, only to be drowned out by board members and other parents.

I don’t even know how to write about these things anymore. I am paid to write about disinformation and extremism—things related to the culture wars, moral panics, and shootings motivated by the far-right. But lately, I’ve started to feel like I’m re-writing versions of the same story: repeating the same plotline over and over again as the issues I’m covering actually seem to be moving backward.

School shootings seemed like they would be at least partially resolved by now, yet they seem either stagnant or worse than they were 10 years ago. Far-right massacres and right-wing domestic terrorism incidents—like Dylann Roof’s murder of nine Black parishioners in Charleston or a white supremacist’s shooting of Latinos in El Paso—have become more frequent. Culture war staples that seemed to have finally moved towards broad public acceptance, like equality for LGBTQ people, are under renewed attack. The inevitability of the future being better isn’t a given in the way that it once was assumed to be. Saying that “the arc of history is long and bends towards justice” in 2022 sounds more like a desperate grasp for past hopes than a bold prediction.

The only difference in the cycle is the growing sense of disenfranchisement every time. Each iteration reinforces the feeling that we are locked into an increasingly immutable series of events. There is not a sense of total futility yet, but there isn’t optimism either: An April Harvard youth poll found that most Americans under 30 don’t believe that politics provides a path out of our current challenges. There is not a clear way forward, at least through the traditional avenues that the old guard prefers. Non-traditional avenues are flanked and shut down by political wings concerned with electability.

New Republic contributing editor Alex Pareene put it deftly this week: “Anyway, 19 little kids are dead, and I don’t expect anything meaningful will be done to prevent the next 19 little kids from getting killed.” We know what will happen next. Maybe not the exact order, but we know all of the beats. Reactionaries will whip up yet another moral panic about race, or transgender people, or another group. Another shooter will enter another crowded space, with another gun. Hopefully, fewer people will die and children won’t be among the dead. Eventually, they will though. The arc of history will bend towards it.