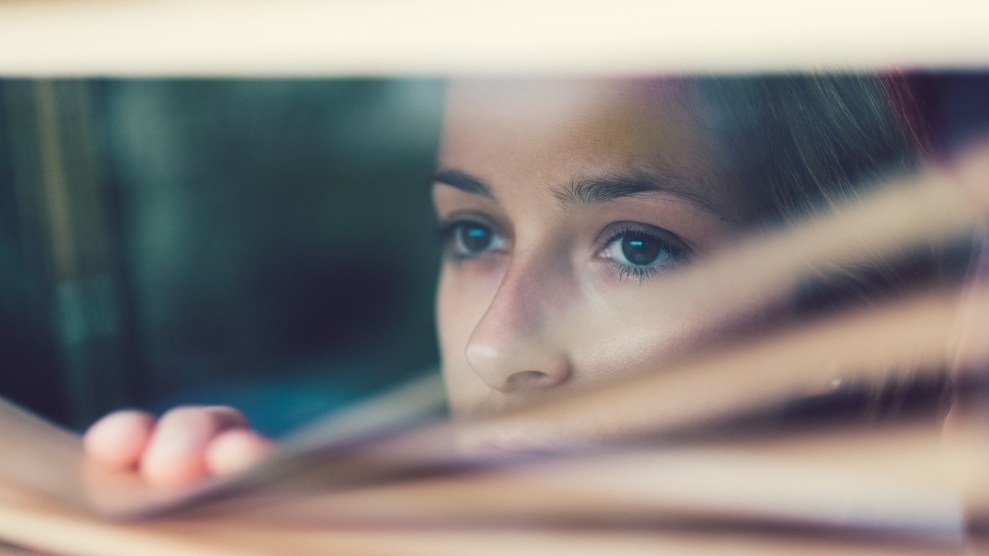 On a humid morning in early October, Brittney Poolaw sat in an Oklahoma courtroom waiting on a verdict. Instead of the jail uniform she’d donned over the past 18 months, she wore a yellow and white blouse. After less than three hours of deliberation, the jury returned with their decision: Poolaw was guilty of first-degree manslaughter. She was sentenced to four years behind bars.

But Poolaw, a 20-year-old and a member of the Wichita Tribe, had not driven recklessly or shot a gun. She’d had a miscarriage.

Poolaw will not be the last woman sent to prison for accidentally losing a pregnancy. Indeed, if the leaked Supreme Court decision overturning Roe vs. Wade is in fact its final opinion on the matter, cases like Poolaw’s will likely become more common.

That’s because, as Dana Sussman, deputy executive director of the National Advocates for Pregnant Women, says: “Not only did Roe vs. Wade establish that there’s a constitutional right to abortion, it also rejected the idea that fetuses are people under the Constitution.” The draft opinion, written by Justice Samuel Alito, is steeped in language that paints fetuses—no matter what stage of development—as people. And when we lend credence to the idea of fetal personhood, it creates “a situation in which, when there is perceived harm to a fetus, it can be a victim of a crime. You can’t add fetuses to the community of individuals who are entitled to constitutional rights without diminishing the rights of the person carrying that fetus,” Sussman says.

The connection between fetal personhood and prosecutions of pregnant people is well-established. While Oklahoma’s manslaughter and murder laws have a provision preventing pregnant people from being prosecuted “for causing the death of the unborn child,” there’s an exception for cases where “the mother has committed a crime that caused the death.” NAPW has identified more than 70 pregnancy-related prosecutions in Oklahoma since 2007, when it started counting cases in the state. Most have been related to illegal drug use, including the first conviction under the law: a 31-year-old woman charged with murder in 2007 after using meth and having a stillbirth.

Such prosecutions are becoming more common nationwide. Between 1973 and 2005, NAPW identified 413 cases in which a person was punished for allegedly harming the health of their fetus, including self-inducing an abortion. But in the last 15 years, the organization identified 1,254 cases—and that’s almost certainly an undercount. The majority of cases involve low income women and women of color: According to NAPW’s pre-2005 data, 71 percent of the women couldn’t afford lawyers and, of the 368 women for whom information on race was available, 59 percent were women of color.

Poolaw, then about 15 weeks pregnant, was at home in January 2020 when she realized something was wrong and called an ambulance. On the ride to Comanche County Hospital, she told an EMT, without providing details, that she had previously used methamphetamine. She was never drug tested, and, after she miscarried, left the hospital without incident. But her admission that she’d used drugs must have set off alarm bells. A medical examiner tested the fetus and found traces of meth in its liver and brain.

Still, prosecutors were never able to prove that the drug had ended the pregnancy. In fact, the medical examiner testified at Poolaw’s trial that he had noticed another compelling possible cause: congenital abnormalities in the developing fetus.

There’s another reason this Supreme Court decision could lead to more miscarriage prosecutions: Self-induced abortions and miscarriages—which occur in one in four pregnancies—can look identical. If someone shows up at the hospital and says they’re having a miscarriage, doctors might suspect there is more going on. In other words, pregnancies that don’t result in birth become suspect in places where abortion is outlawed.

That might sound extreme, but consider El Salvador, where abortion is completely banned. More than 140 people, mostly impoverished women living in rural regions, have been incarcerated for illegal abortions—many of whom insist they merely miscarried. In Poland, where a court last year imposed a country-wide, near-total ban on abortion, a new bill proposes requiring doctors to report all pregnancies and miscarriages to a registry controlled and monitored by the government, raising fears it will heighten scrutiny of and prosecutions over pregnancies that don’t end in birth.

If you think that can’t happen in the United States, consider this: In 2019, during a hearing as part of an investigation that threatened to close Missouri’s lone abortion clinic, the head of the state’s department of health testified the office had created a spreadsheet tracking Planned Parenthood abortion patients’ menstrual periods using state medical records. The purpose: To investigate “failed” abortions—people who had gone in for an abortion but were still pregnant and not getting their period—in an attempt to prove that abortion complications are common (they aren’t). And since the leaked Supreme Court draft, Louisiana has taken the lead in saying what’s coming next, via a bill saying people who get abortions can be charged with homicide.

“There’s no medical way to tell the difference between a miscarriage and a medication abortion. And so the difference between whether someone gets reported isn’t anything medical,” says Rafa Kidvai, who directss the legal defense fund at the reproductive justice group If/When/How. “And that’s obviously about race, about Blackness, about indigeneity, or anyone that feels suspicious.”

“It’s so disheartening to see someone being persecuted and prosecuted over something that is a result of systematic oppression and colonization,” says Camie Jae Goldhammer, a doula and member of North Dakota’s Sisseton-Wahpeton Oyate and the founder of Hummingbird Indigenous Family Services. “Since first contact, the bodies of Indigenous women have been policed,” whether that was through genocide or the removal of children through the boarding school system. “Indigenous women have always been expendable.”

Few states have taken steps to protect against pregnancy-related prosecutions. In California, in late 2021, more than 40 organizations formed the California Future of Abortion Council with the support of Gov. Gavin Newsom to take on the task of providing policy recommendations to further his goal of forging a “Reproductive Freedom State” for a post Roe era. In January, the state’s attorney general acted on one proposal from the council, directing local law enforcement to stop prosecuting people for their pregnancy losses. Colorado and Illinois have also recently taken steps to protect pregnant people from prosecutions, and more states my soon follow in light of Roe‘s rollback.

“Laws that explicitly prohibit criminalization on the basis of pregnancy and pregnancy outcomes are critical,” says Sussman. “Without the protections enshrined in Roe, there will be little preventing prosecutors from criminalizing pregnancy in states without such protections.”

In January, the Oklahoma Court of Appeals dismissed manslaughter charges lodged against a woman in a similar situation to Poolaw, finding that the prosecutor could not establish that the mother’s methamphetamine use was a substantial factor in her pregnancy loss—however, Comanche County has appealed. Poolaw must make a decision about whether she wants to appeal her case to the same court. If she does, and the court orders another trial, she risks being reconvicted and resentenced, potentially facing the maximum manslaughter sentence: life in prison.