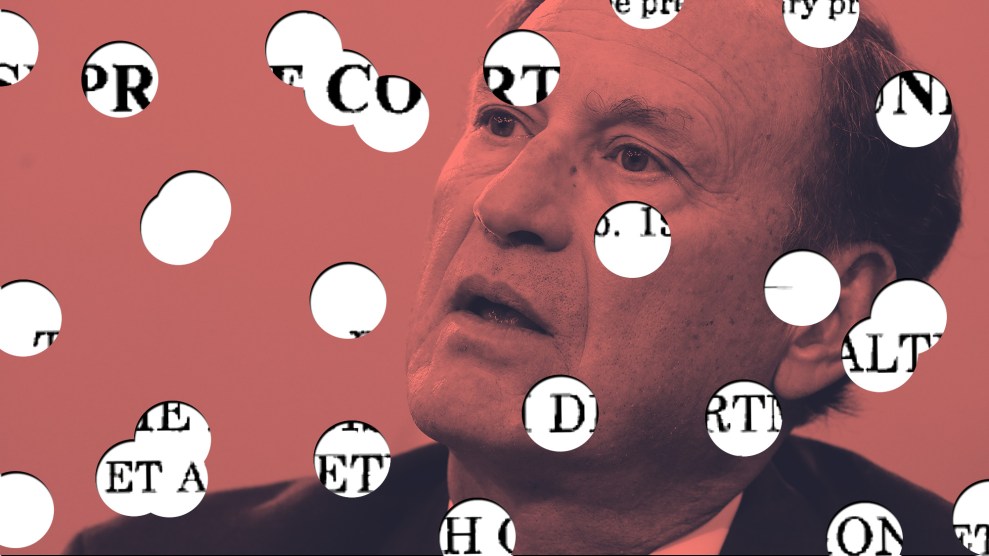 In his draft opinion striking down the constitutional right to an abortion, Justice Samuel Alito says a lot of things about pregnancy, women, and fetuses. As someone who has recently given birth, it was easy for me to spot several places where he was wrong. If Alito is going to set back the rights of people who can become pregnant by 50 years, he could at least do us the courtesy of getting the science right.

We begin with the common law, under which abortion was a crime at least after “quickening”—i.e., the first felt movement of the fetus in the womb, which usually occurs between the 16th and 18th week of pregnancy.

As someone who just had a baby, I can tell you that people in early pregnancy Google “when will I feel my baby move?” every damn day and the answer is not somewhere between 16 and 18 weeks. There’s no source in Alito’s footnotes except the long-dead British authors of common law he is taking inspiration from, including Sir Matthew Hale, a 17th century judge who sentenced two women to death for witchcraft and defended marital rape. Most sources suggest that those first sensations are most common between 18 and 22 weeks of pregnancy. The UK’s National Health Service pegs the normal range at 16–24 weeks, broader and later than Alito’s claim. His numbers allow Alito to contend that, under common law, it “suffices for present purposes to show that abortion was criminal by at least the 16th or 18th week of pregnancy.” Maybe 17th century fetuses did more kicking earlier?

The legislature then found that at five or six weeks’ gestational age an “unborn human being’s heart begins beating;”

The case at hand, Dobbs v. Jackson Women’s Health Organization, asks whether a Mississippi law banning most abortions after 15 weeks gestation is constitutional. In tearing up Roe and upholding Mississippi’s ban, Alito summarizes what he calls the Mississippi legislature’s “factual findings,” including the assertion that an embryo’s heart begins beating at five or six weeks of pregnancy. This is false. What anti-abortion activists call a fetal heartbeat is in fact electrical activity—no heart has developed at this time. In fact, the pregnancy is so underdeveloped at this stage that it is not even called a fetus—it’s an embryo.

Alito Fallacy No. 3: Abortions after 15 Weeks Are Dangerous

The legislature also found that abortions performed after fifteen weeks typically use the dilation and evacuation procedure, and the legislature found the use of this procedure “for nontherapeutic or elective reasons [to be] a barbaric practice, dangerous for the maternal patient, and demeaning to the medical profession.”

There’s a lot going on there, but let’s zero in on the medical BS. Alito is once again citing the Mississippi legislature’s so-called facts, including their finding that abortion is “dangerous for the maternal patient.” At another point in his opinion, he adopts the notion himself, by noting that states have an interest in limiting abortion for “the protection of maternal health and safety.” But the truth is that abortion care in the United States is very safe. What makes the procedure riskier, according to a landmark 2018 report from the National Academies of Sciences, Engineering, and Medicine, is states interfering by instituting arbitrary rules that drag out the process.

Pregnancy and childbirth, however, can have lasting health consequences and even cause death. At a time when global maternal mortality rates are decreasing, the United States’ rate is rising, with black people nearly three times more likely to die than their white counterparts. Evidence shows that forced birth also impacts the health of the mother; according to the Turnaway Study from the University of California, San Francisco:

Of course, none of these facts are in Alito’s opinion.