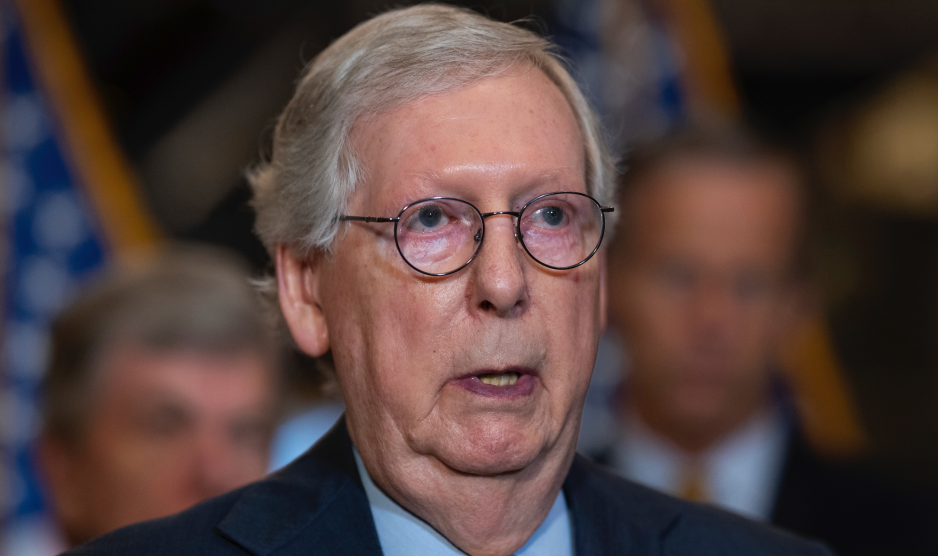 Late Monday, Politico published a leak of the Supreme Court’s draft decision to overturn Roe v. Wade. The language of the initial opinion, written by Justice Samuel Alito, is shocking in its unequivocal disavowal of the landmark abortion rights decision, even for reproductive rights supporters who have long warned that this day would arrive soon enough.

But the right has also emerged scandal-scarred, with a parade of scolding and baseless finger-pointing consuming just about every corner of the GOP. Not over the end to safe and legal abortion in America, of course. But over the broken sanctity of The Process.

“Make no mistake, this is an insurrection against the Supreme Court,” Fox News contributor Ari Fleischer told Sean Hannity as the news burst into headlines. Donald Trump, a man whose indifference for protocol is well established, lamented the whole situation as “demeaning” toward the high court and “not good.”

The leak, as conservatives see it, is the strategic work of a liberal-minded staffer at the Supreme Court, who was privy to the workings of the high court and saw it as their duty to sound the alarm. There is no evidence of that. But Republicans have already kicked the predictable left-bashing into gear.

Last night’s stunning breach was an attack on the independence of the Supreme Court. By every indication, this was yet another escalation in the radical left’s ongoing campaign to bully and intimidate federal judges and substitute mob rule for the rule of law. pic.twitter.com/wvigWvPqm7

“It’s incumbent upon [Chief Justice John Roberts] to bring in every law clerk before him…or the FBI,” Laura Ingraham, herself a former clerk to Justice Clarence Thomas, fumed on Monday. “‘Give me your phone. We want all your accounts. We’ve got to do our own—look at every device you’ve ever used, and find out who did this.'”

There is little question that this leak is designed to create threat to the life and limb of any justice who signs onto the majority opinion. Prosecution to the full extent of the law.

The pathetic spineless leak of a draft SCOTUS opinion has the feel of something a sad little woke 20-something-year-old would do. The kind of person who thinks their personal agenda is “more important.” Whoever did it should lose their law license.

The leak is unusual, for sure. But it’s not unprecedented. Opinions, discussions, and intra-court bickering have been leaked before. Even the 1973 Roe decision itself was leaked to the media. More importantly, the supposed sanctity of the high court has lived through many historical horrors and the modern dints of Bush v. Gore, as well as the blocked nomination of Merrick Garland.

It’s useful to remember that the right is currently staging a pearl-clutching meltdown over something just about everyone across the political spectrum knew was all but certain to happen. (Just look at the pages of Mother Jones from the past few years.) Could all these people, who likely share the same unflinching disregard for a right to an abortion as Alito expressed in his draft opinion, really be so incensed over a precious process?

Judging by some of the characters crying foul right now, I doubt it. In fact, it seems as though the right has every incentive to perform outrage over supposed leftists secretly undermining the Supreme Court by distracting from the facts. That a conservative-leaning Supreme Court is about to do something deeply unpopular among the American public. That the right’s decades-long fever dream of ending abortion is closing in on a critical victory. Either that or they simply love being the party of the aggrieved.