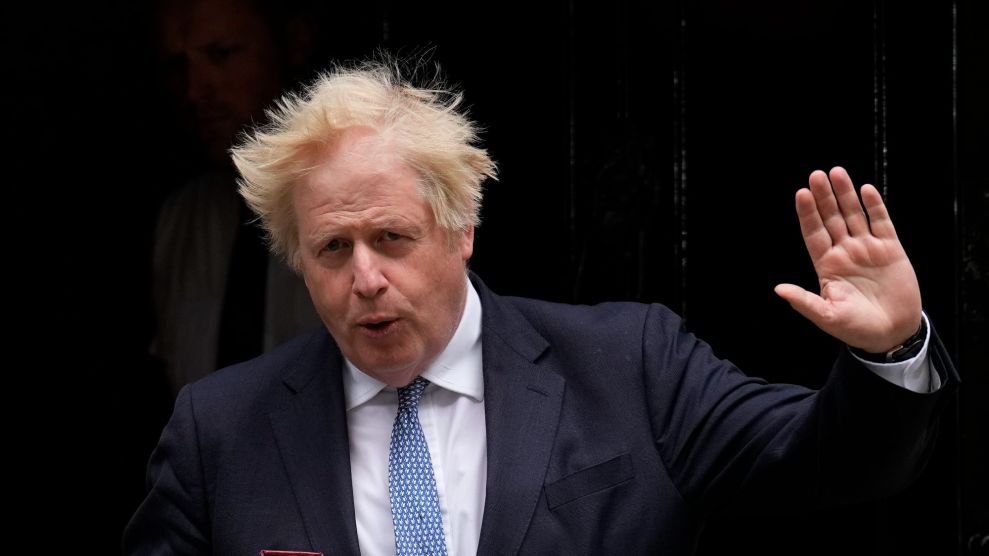 Boris Johnson, the United Kingdom’s scandal-plagued prime minister, narrowly survived a no-confidence vote today that would have ousted him from his position as the head of the Conservative Party and reshuffled the British government.

But the final tally—211 votes for Boris, 148 to remove him—also demonstrated that the prime minister has lost the support of a broad swath of his coalition and reaffirms that he is in his most precarious position since assuming office.

Before becoming prime minister, Johnson achieved a level of international notoriety as one of the chief backers of the Brexit campaign to leave the European Union. His blustering persona, loose relationship to the truth, pliable principles, and mop-like hair have earned him repeated (albeit superficial) comparisons to Donald Trump.

In the face of widespread skepticism, Johnson has nevertheless managed to eke out a series of thread-the-needle-style victories in recent years: As Mayor of London, he helped propel the Brexit campaign to an unexpected win in the 2016 referendum. Three years later, he led the Tories to an overwhelming victory over the Labour Party on a promise to “get Brexit done,” even managing to flip the so-called “red wall” of historic Labour strongholds in northern England. And then he accomplished his central campaign promise by successfully negotiating and passing the Brexit deal that many had deemed impossible.

Along the way, he earned a reputation as something of a political survivor. “That nothing ever seems to stick drives his opponents mad,” wrote Tom McTague in a 2021 profile of the Prime Minister published in the Atlantic. “Time and again, when controversy has engulfed him, he has emerged unscathed.”

It’s doubly ironic, then, that what ultimately incited today’s vote of no-confidence was a series of parties.

Since December 2021, Johnson has contended with a steady drip of reports that he and members of his staff attended raucous parties at 10 Downing Street while the rest of the country was under strict Covid lockdown. Johnson initially denied that his staff had broken Covid restrictions, only for new details to emerge contradicting that account. Johnson’s political future seemed in doubt when it was revealed that he himself had been in attendance at a birthday celebration thrown in his honor (his explanation to Parliament: that he hadn’t known that he was at a party). Johnson’s popularity plunged, and the Tories suffered catastrophic losses in local elections. By Monday, 54 conservative members of Parliament had filed letters urging Johnson’s resignation, enough to set off today’s vote of no-confidence.

To Americans facing the imminent comeback of a former president who quite literally attempted to overthrow democracy, the uproar over “partygate” might seem quaint, even trivial. But the revelation that Johnson and his staff were flouting Covid rules while ordinary people were being laid off and dying alone in clogged hospitals almost perfectly played into the prime minister’s reputation as a pampered child of privilege with a breezy disregard for protocol.

Johnson may have survived the immediate challenge to his leadership, but he’ll emerge from today’s vote embattled, with his aura of untouchability evaporated. It’s also worth noting that his predecessor, Theresa May, survived a vote of no-confidence only to be forced out of leadership a year later.

In an interview with LBC, Labour Party leader Keir Starmer noted that the vote would be a devastating blow to Johnson no matter how it played out.

It’s “the beginning of the end,” he declared.