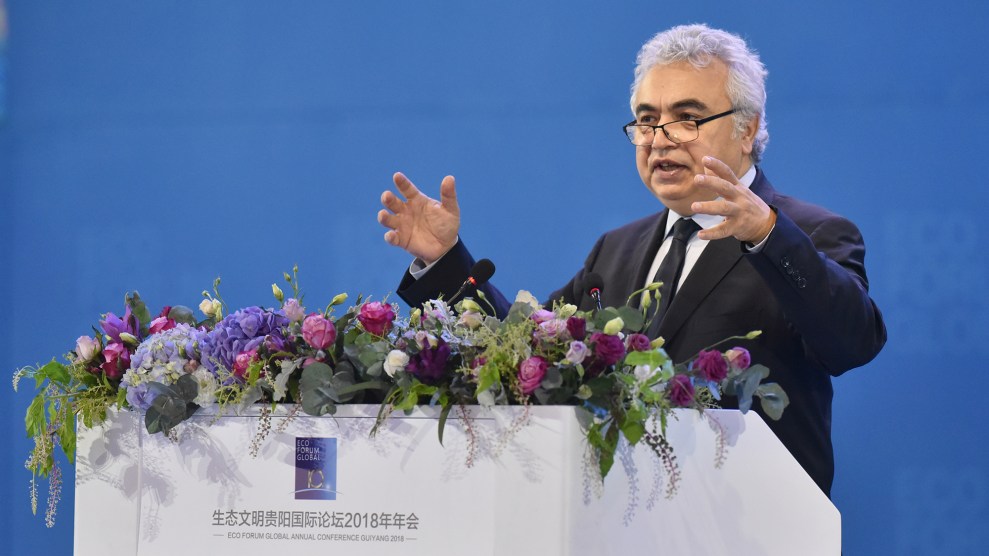 The failure by governments and businesses to accelerate energy efficiency efforts is “inexplicable,” according to the head of the International Energy Agency.

New analysis by the IEA showed that doubling the rate of energy efficiency improvements seen in the last decade would, by 2030, slash global energy use by the same amount used in China every year, saving households $650 billion. It would also cut oil and gas use by far more than Russia exports to the European Union. Ending these exports is a key EU goal after Russia’s invasion of Ukraine.

The IEA said greater efficiency could be readily achieved with existing technologies and would pay back fully the investment through lower running costs, especially at today’s high energy prices. Important measures include the rollout of electric cars and heat pumps, more efficient household appliances such as fridges and TVs, and people nudging down home thermostats and choosing greener travel.

In the UK, making homes warmer and cheaper to heat through better insulation is key. The UK government has committed about $46 billion to helping households with energy bills but has not announced any new efficiency measures, leading critics to accuse ministers of spending billions but still leaving people “at the mercy of global oil and gas prices.”

Launching the IEA report, Birol said: “Energy efficiency is a critical solution to so many of the world’s most urgent challenges. But inexplicably, government and business leaders are failing to sufficiently act on this.”

“The oil shocks of the 1970s set in motion major advances in efficiency, and it is utterly essential that efficiency is at the heart of the response to today’s global energy crisis,” he said.

Denmark is hosting an IEA summit on energy efficiency, attended by dozens of ministers from around the world. The country’s climate and energy minister, Dan Jørgensen, said: “It’s no longer a question of whether we should implement more energy efficient solutions globally—it’s a question of how we are going to do that. By increasing our energy efficiency, we can reduce our dependence on Russian oil and gas completely, and move closer to achieving climate neutrality.”

The IEA report used energy intensity—the amount of energy used per dollar of GDP—as its measure of energy efficiency. Increasing the rate of improvement from 2 percent a year, seen from 2010 to 2020, to 4 percent would lead to a cut in energy use equivalent to 5 billion metric tons a year of CO2 by 2030. This is the same amount emitted by the US today, and a third of the global emissions cut needed to prevent the worst effects of the climate crisis.

This global push for energy efficiency would also cut oil use by almost 30 million barrels a day—about three times Russia’s production in 2021. It would also reduce gas use by four times the amount the EU imported from Russia in 2021, and help create 10 million new jobs, the IEA said.

Energy efficiency advances have already had a huge effect on global emissions, with improvements since 2000 resulting in 8 billion metric tons of CO2 emissions a year being avoided. This is close to the annual output of China, the world’s biggest polluter.

“The leaders meeting at the IEA [summit] needs to make this the moment when the world hits the accelerator on efficiency, or we may pay the price for years to come,” said Birol.

Kim Fausing, CEO of engineering company Danfoss, said: “We don’t need to wait. We need action because the greenest energy is the energy we don’t use.”

The UK government approved a new gas field in the North Sea last week and new tax breaks could see $10 billion of additional projects, according to analysts.

Michael Bradshaw, professor of global energy at Warwick Business School, said: “Investing in fossil fuel production is not compatible with the Paris Agreement. The ‘no regrets’ solution is a reduction in fossil fuel consumption through efficiency, demand reduction, and an increase in clean energy sources.”

On Tuesday Tony Danker, director-general of the Confederation of British Industry, called on the UK government to make “an all-out national effort” on energy efficiency, saying people must not be left “at the mercy of global oil and gas prices.” He said: “Do we want a new normal of energy efficiency or a new normal of billion-pound bailouts every quarter?”

A new report from green thinktank E3G sets out an $10 billion efficiency strategy to upgrade more than 3m homes by 2025, saving families from about $560 to $1,250 a year.

Senior policy adviser Juliet Phillips said: “The UK government must decide whether it wants to go on spending £37 billion [about $46 billion] a year just to stand still, or to invest now in permanent solutions for lower bills.”